James Lovelock, the eccentric genius who first proposed the Gaia theory that Earth is a gigantic living organism, had the answer to climate change.

A colossal parasol in space could deflect the sun’s heat, suggested the environmentalist, who died this week on his 103rd birthday.

He wasn’t joking. ‘A sunshade in a heliocentric orbit [always facing the sun] would diffuse a few per cent of sunlight from the Earth,’ he claimed.

‘You’d hardly notice it was there . . . I think a big Nasa programme could almost certainly do it. It could save our bacon.’ 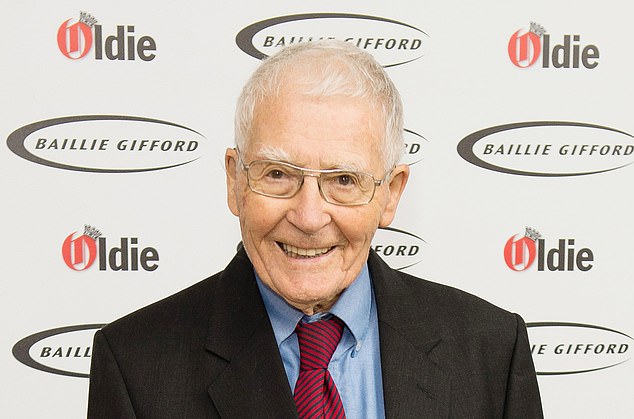 James Lovelock, the eccentric genius who first proposed the Gaia theory that Earth is a gigantic living organism, had the answer to climate change

Mind you, Lovelock was also the man who devised a method of flash-freezing hamsters so they could be stored in a refrigerator and later defrosted in a microwave and resuscitated. Yes, hamsters.

At least he offered a solution, which is more than the three-part documentary Big Oil v The World (BBC2) can do.

This glum excoriation of the American energy industry sets out to convince us that the time to save the world has already passed.

George W. Bush’s administration had no interest in reducing carbon emissions and the good intentions of Barack Obama’s government were blocked by militant climate deniers. Next week, the series examines what Donald Trump did to rescue humanity from overheating and it’s hard to imagine this will make cheerful viewing either.

There was much breast-beating and wringing of hands. Jerry Taylor, a regular on the U.S. talk network Fox News, described himself proudly as a ‘gunslinger’ in TV debates, but admitted he’d got the arguments all wrong.

Climate geoscientist Bill Heins, who worked for petroleum giant ExxonMobil, said he knew the damage pollution did to the planet but ‘I averted my gaze’.

The perspective was relentlessly American and this, of course, is half the problem. Politicians, talk show pundits and protesters in the States are so filled with self-importance that they are oblivious to the existence of the rest of the world.

The UN has described climate change as ‘a Code Red for humanity’. But, watching this, you’d think only one nation was involved. 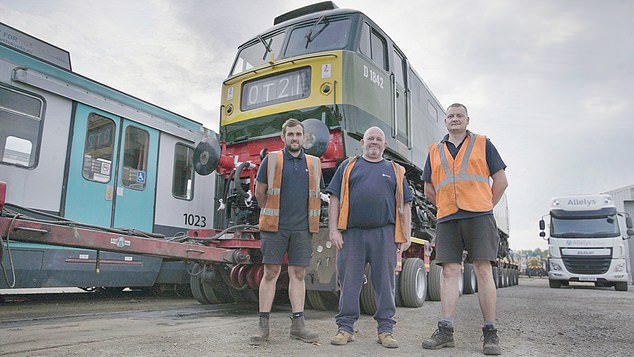 Public transport is often cited as an effective tool to cut greenhouse gases — but not if the trains travel by road. Haulage company Allelys was transporting a 1960s diesel locomotive on a supersized trailer in Train Truckers (Yesterday), from the yard where it was restored in Crewe, to a heritage railway in Derbyshire

In fact, little can be done about climate change without the active co-operation of China, India and Russia — a fact this documentary didn’t address. We were left with the spectacle of retired oil company execs and lobbyists, chatting to cameras in their living rooms and refighting battles from their glory days.

Whatever saves us from global warming, it won’t be a parade of old bores pumping out hot air.

Public transport is often cited as an effective tool to cut greenhouse gases — but not if the trains travel by road.

Haulage company Allelys was transporting a 1960s diesel locomotive on a supersized trailer in Train Truckers (Yesterday), from the yard where it was restored in Crewe, to a heritage railway in Derbyshire.

This meant manoeuvring through the narrow streets of a village on the edge of the Peak District, along lanes where no juggernaut was designed to go.

Basil the Class 47 engine was almost twice the length of a double decker bus and weighed 115 tons. A hairy ten minutes saw Zach the lorry driver inch past a VW hatchback on the kerb, while his assistant steered the trailer’s rear wheels via a handset.

One slip and that VW was going to lose more than a wing mirror. Narrator Simon Chadwick tried to inject more jeopardy: ‘The team have got 22 hours to deliver Basil to its destination — and the clock is ticking!’

But we don’t watch these shows for the tension. There are few things more relaxing than seeing other people at work.

Overload of the week: After Wimbledon and the Women’s Euros, we saw yet more sport on BBC1 with the opening of the Commonwealth Games. Does it have to monopolise the main channel? Why not just turn BBC3 into BBC Sport and have done with it?