CHRISTOPHER STEVENS: Who wants a house like this? The nearest Greggs is 30 minutes away

SarKY voiceovers are the saving grace of trashy telly. The worst shows can be rescued by a litany of bitter sneers.

We keep watching to enjoy the mockery. Come Dine With Me pioneered the technique. Coach Trip perfected it. But if you want to hear a voiceover that ladles non-stop humiliation over everyone on screen, tune in to Council House Swap (C5).

The premise of the series is simple enough. It’s house hunting for council tenants, as families take advantage of legislation that allows them to trade rental properties. 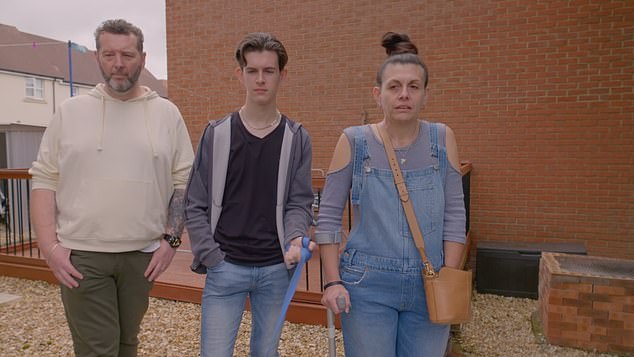 In the show Council House Swap, two sets of tenants seek go to three viewings before inviting the prospective swapper back for a return viewing, and then make the decision about whether or not to swap their council houses

Typically, a couple with a growing brood in a two-bedroom home might hope to swap with someone in a bigger property who is tempted in turn by the better garden or seaside views of the smaller house.

What makes this different to most property programmes is the budget. Instead of ‘forever homes’ costing upwards of half a million, these are rentals at around £100 a week.

The voiceover by Geordie stand-up comedian Lauren Pattison makes sure we know every rent to the penny.

Reckon you can’t get a one-bedroom flat in West London with its own nook of garden decking for a weekly £115? Lauren will tell you otherwise, in tones that make no effort to disguise her mixed disbelief and envy. 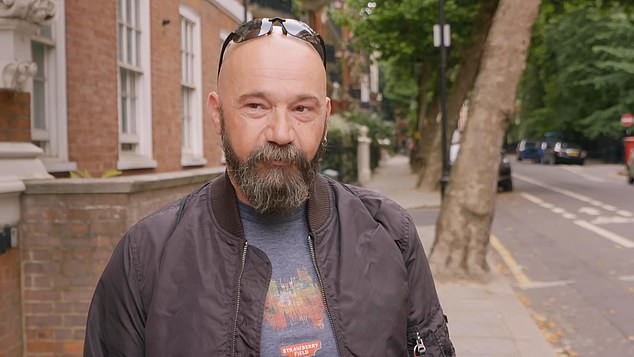 But the finances aren’t her main concern. What really gets her vitriol flowing are the tenants — sizing them up and slapping them down.

She looked at a house in Barkby, outside Leicester, and dismissed the idea anyone would volunteer to live there. Never mind the paltry rent of £88 a week — ‘the nearest Greggs is a 30-minute walk away’.

Following an amateur artist Jeannie as she inspected a house in South London, Lauren was scathing.

‘Walls are a feature in nearly all homes, you know,’ she jibed, as Jeannie wondered where she could hang her pictures.

And as a couple, Michael and Lucy, made a painstaking inspection of another potential home, Lauren lost all patience with them: ‘Is this still going on?’ she wailed.

Here’s the shocking thing: I love the show. The voiceover steers just the right side of plain nastiness, and the tenants do themselves no favours with their guileless sales pitches.

One woman proudly displayed her pantry under the stairs, which was once a washroom. It still had a toilet and basin, half hidden by packets of pasta.

Another hauled aside her son’s grotty mattress to show us the mess beneath it. ‘Oh, I can’t wait to see this,’ muttered Lauren. Judge me all you like, but that’s exactly how I feel, too.

I was less excited to see the results on Interior Design Masters With Alan Carr (BBC1) as the contestants paired up to refurbish the common rooms at a secondary school in Bristol. 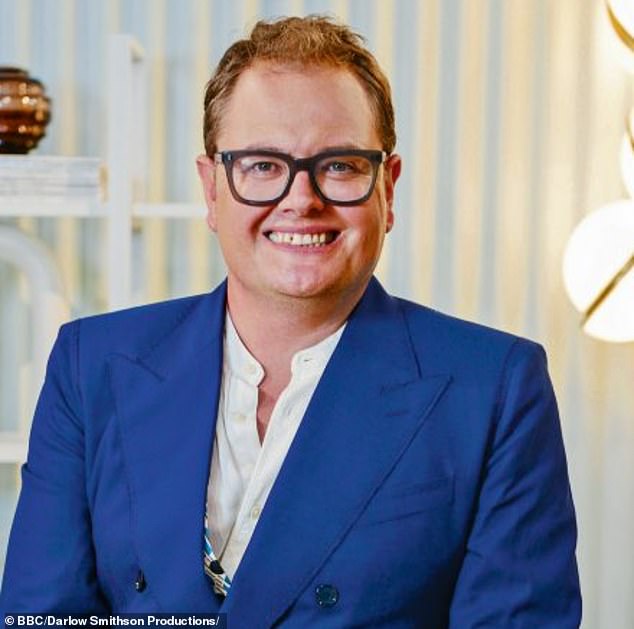 In Interior Design Masters With Alan Carr, contestants paired up to refurbish the common rooms at a secondary school

At the start of the series, squabbles made the show interesting for those of us who couldn’t care less about colour schemes.

Now, though, nobody bickers, the co-operation is faultless and every soundbite is as bland as a tin of magnolia off-white.

‘I am here for it!’ declared one designer. ‘I’m bringing it!’ announced another. ‘I am ready to be fully me!’ smiled a third.

The Australian with a beard, Banjo, did have a little wobble when his cork tiles wouldn’t lie flat. He revealed that his real name is Brendan but his husband calls him Banjo ‘because I’m highly strung’.

Banjo narrowly escaped eviction but it was Amy and Rochelle, who spent a day scraping fossilised chewing gum off the bottom of a desk, who were dismissed.

That’s a pity. The chewing gum was the most entertaining part.