The City has dismissed plans to break up HSBC just days after a Chinese investor raised the controversial idea.

Several financial institutions brushed off the call from Shenzhen-headquartered insurer Ping An to split HSBC into an eastern and western business, claiming it would be far too complicated and could even weaken each arm of the bank.

An analyst at one firm, which is also a top-20 shareholder in HSBC, said pulling the bank apart could create extra tax liabilities and cause duplication of jobs, adding: ‘Breaking up such a large bank would be technically extremely complex.’ 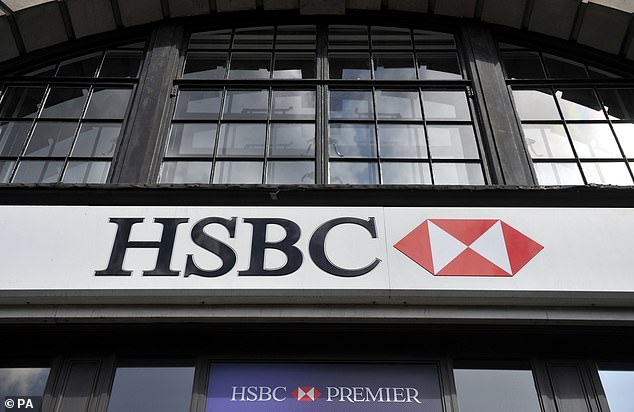 The source, who did not wish to be named, added that there would also be a hit to so-called network income, the money generated from the way HSBC’s operations across different countries work together.

The analyst explained: ‘A significant amount of network income would be at risk, and management would be massively distracted at the very point when the revenue environment is becoming much more attractive as interest rates rise.’

Another analyst at a major HSBC shareholder echoed those worries.

‘There’s no way it will gain any traction – it would be far too complicated to break up a bank of that size,’ the researcher said.

Just last week, Ping An – one of China’s largest insurers – suggested that HSBC split its Asian operations from its Western Europe and Americas businesses.

It believes the bank’s slower growth outside areas such as China and Hong Kong is holding it back – and is depressing the bank’s value for shareholders.

Asia is where HSBC makes most of its money. Around two thirds of the bank’s £15billion profit was generated in the region last year. Despite this, it still has its headquarters in London.

This has caused tension in recent years, as western governments have clashed with Beijing over everything from human rights abuses to climate change.

Ping An wants HSBC’s Asian business to separate and list on the Hong Kong stock exchange, and move its headquarters to the region.

HSBC has pushed back, saying it is ‘focused’ on executing ‘the right strategy’.

Filippo Alloatti, head of financials at the investment manager Federated Hermes, said a break-up would not be welcomed by the rating agencies that decide how likely HSBC is to be able to repay its debts.

He said: ‘A less diversified, less profitable HSBC would almost be certainly downgraded by the rating agencies.’