Cody Simpson has shared some sentimental throwbacks ahead of his big  Commonwealth Games debut next week.

The 25-year-old popstar-turned-competitive swimmer posted a video of his performance at Buckingham Palace in front of Queen Elizabeth in March, 2017.

The gig was part of the official launch of the Commonwealth Games, which were held on the Gold Coast in April, 2018. 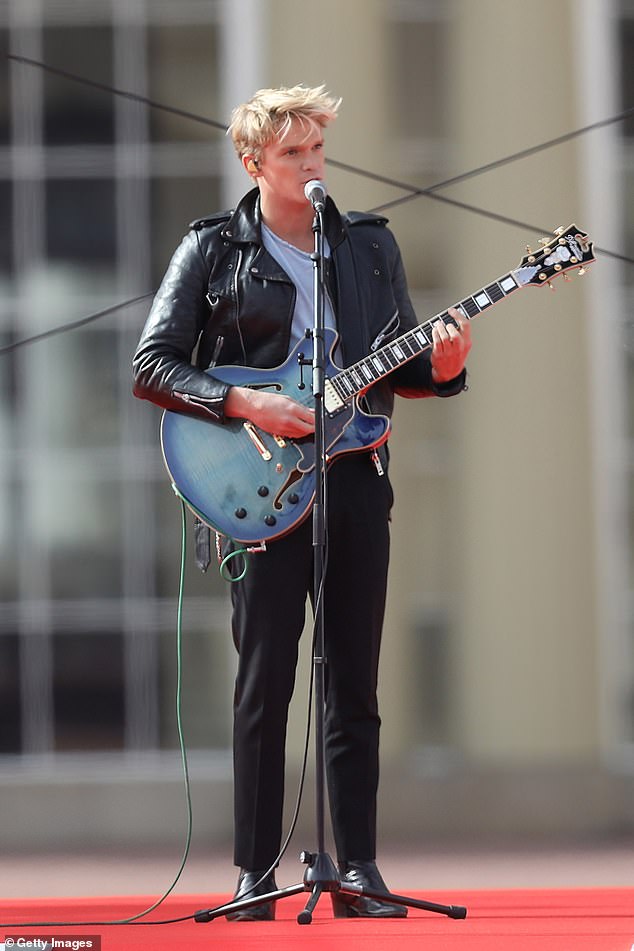 He then re-called how he had participated in the Queen’s Baton Relay for the Games.

‘Before the last Commonwealth Games 4 years ago, I sang ‘I Still Call Australia Home’ for the Queen at Buckingham Palace,’ he wrote in the post.

Sounding philosophical, Cody added: ‘…Next week I’ll be swimming for Australia at the Birmingham 2022 Games. Life.’ 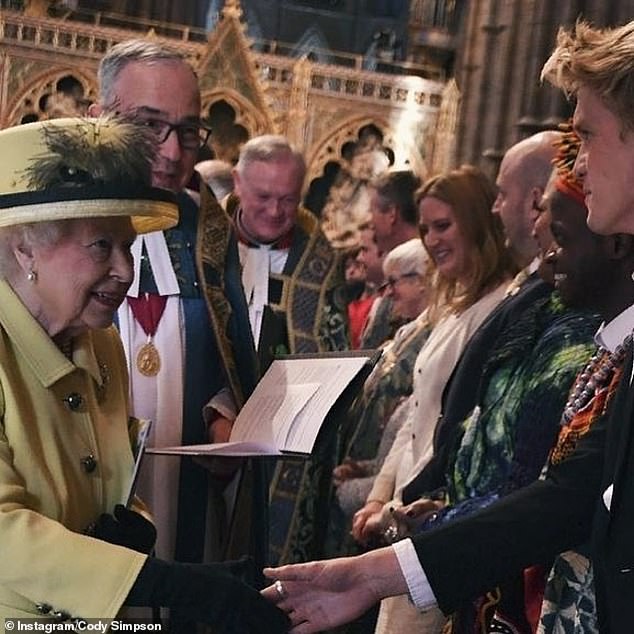 The heartthrob including a picture of him shaking hands with Queen Elizabeth II in the story.

Another photo showed Cody holding the baton at the start of the Queen’s Baton Relay and posing with British cyclist Victoria Pendleton and Australian cyclist Anna Meares. 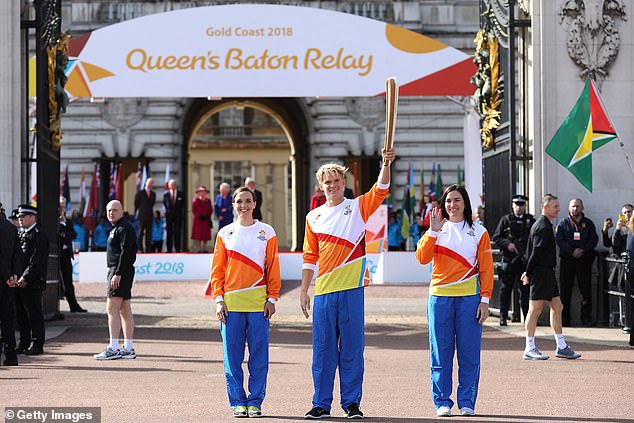 Cody and Victoria Pendleton (L) and Anna Meares (R) at the Queen’s Baton Relay in London, part of the official launch of the Commonwealth Games in 2017

Cody recently revealed he had to get used to his new career as a swimmer.

He told The Project in May the shift from touring the world and clubbing with A-listers took some adjustment.

‘The lifestyle change for me has been polarising. It’s been a drastic change from where I came from to what I’m doing now,’ he said. 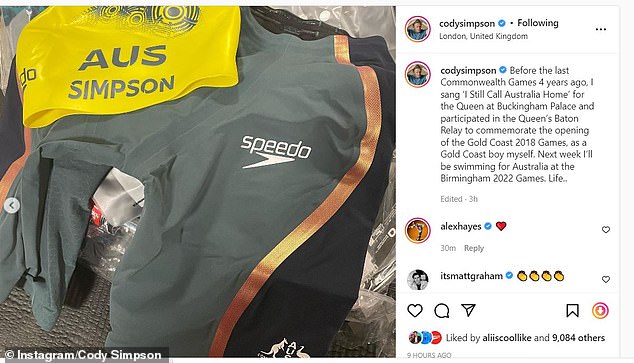 ‘But I did grow up in the sport and grew up with a swimming family. And parents are both were competitive swimmers. So I was sort of born into it and did it for years growing up.

‘And then when I went to the States and had the last 10 years in music doing, having the crazy sort of life. I really enjoy it and it’s kind of a nice change for me based on where I came from.’

Cody said he was ‘worried about the reception’ he would get from other swimmers but says he has been welcome with open arms and is getting lots of support. 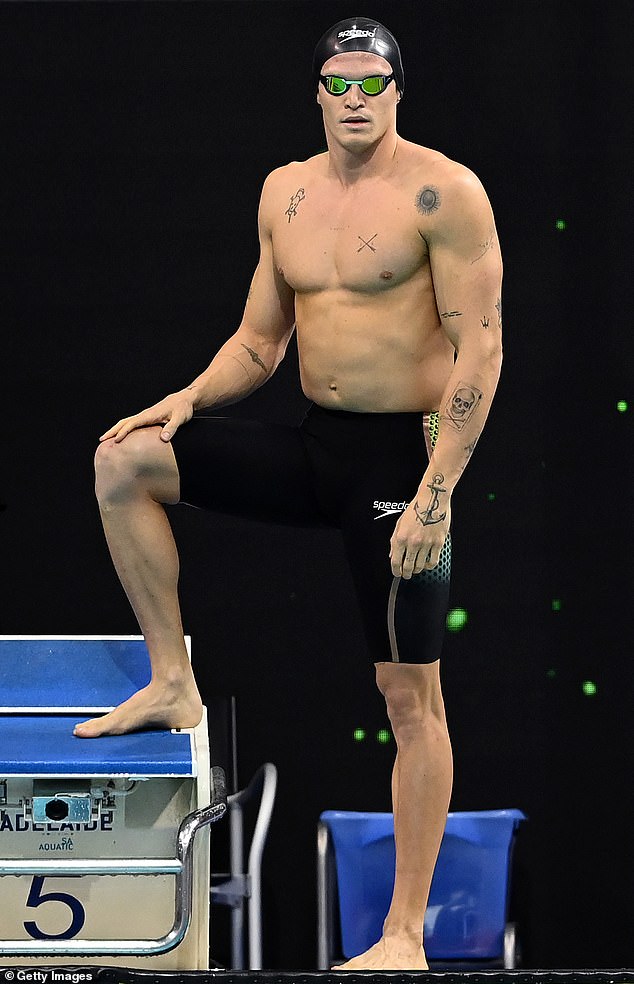 Cody at the 2022 Australian Swimming Championships in Adelaide in May

Share
Facebook
Twitter
Pinterest
WhatsApp
Previous articleBeauty and the Geek Australia: Mike's one regret about his dramatic makeover
Next articleThis Is Us star Justin Hartley's adaptation of The Never Game gets a pilot order at CBS
RELATED ARTICLES
Tv & Show