Cornell University is experiencing a surge of COVID-19 cases this week, a worrying sign considering at outbreak at the Ithaca, New York, school proved to be a harbinger of the Omicron surge at the end of last year.

The university recorded 172 positive Covid cases on March 23, the most in one day since the mid-December surge that struck the school, and higher than the January peak of 156 cases in a single day.

It is a 421 percent case increase over six days, from only 33 cases recorded on March 17.

Mid-December was the last time cases spiked like this, with the school recording a record 329 cases on the 15th.

The school proved to be the site of America’s first Omicron surge, and served as a harbinger for the devastating surge that was to come.

With the stealth variant causing outbreaks across Europe in recent weeks, some are fearing the next surge could be around the corner stateside as well, with Cornell once again serving as a warning flag. 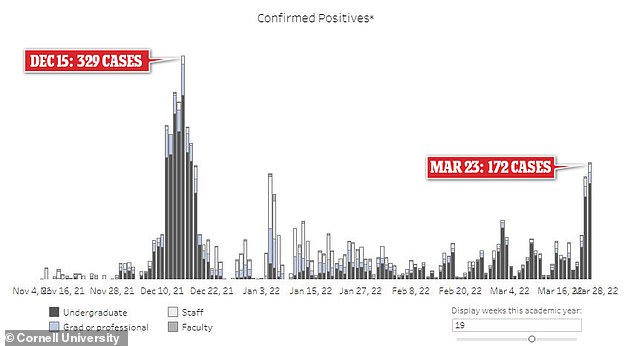 Cornell University is suffering its largest Covid surge since mid-December, with 172 cases recorded on March 23. The last time the University suffered such a surge, it preceded a devastating nationwide Omicron variant surge 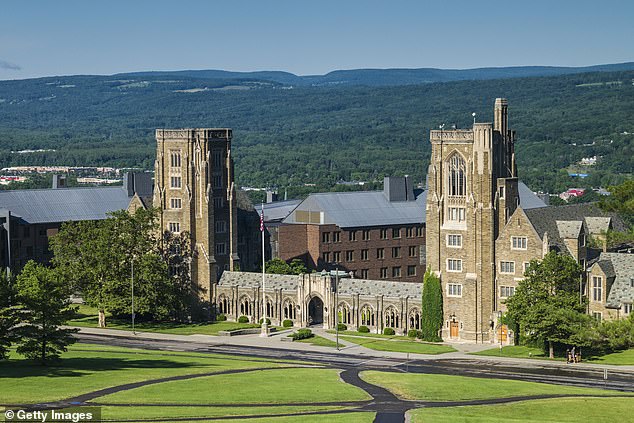 More than 95% of students and staff at Cornell are vaccinated, with 92% boosted, the school reports. Officials blame the recent lifting of mask orders for the surge

‘COVID-19 cases on the Ithaca campus are increasing beyond our predictions, indicating a substantial prevalence of the virus on campus,’ a statement signed by University Provost Mike Kotlikoff, Vice President of Student and Campus Life Ryan Lombardi and VP Mary Opperman read.

The university will occasionally record days with more than 100 COVID-19 cases, but with the 151 cases also logged on March 22, there is a clear trend forming.

Of the 172 cases, the school reports 142 of them among undergraduate students, 16 among postgrad students and 14 across campus staff and faculty.

The school lifted a majority of on-campus mask mandates on March 14, a move made fairly late compared to many other institutions.

Cases began to spike once again within two weeks of this order, and Cornell leadership points to this change for the recent increase.

They also point at the BA.2 Omicron ‘stealth’ variant that it surging across much of the world. 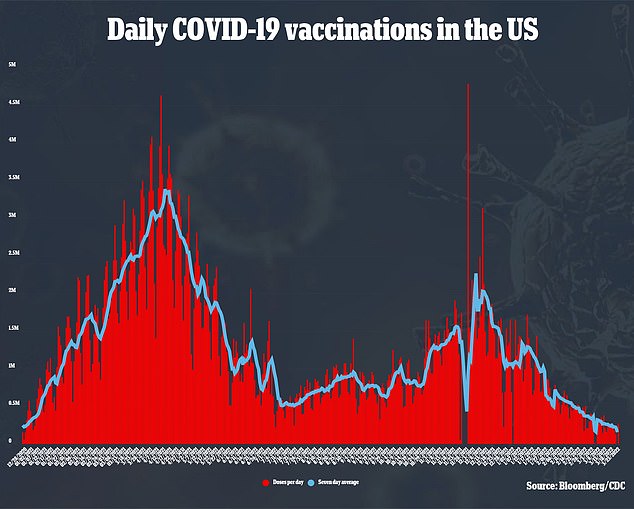 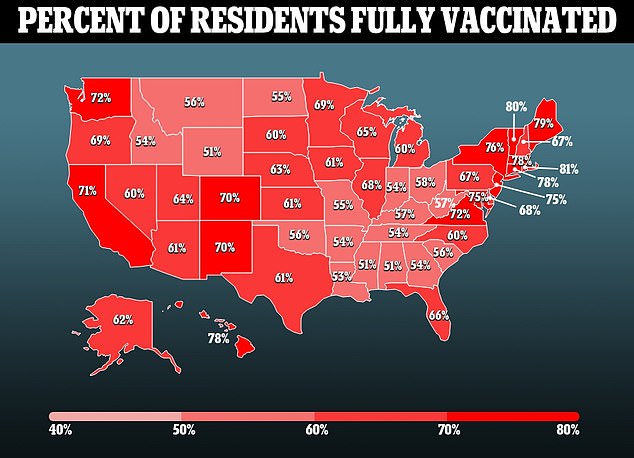 ‘This rising transmission is likely due to a number of factors, including relaxing mask requirements, the emergence of the BA.2 variant, and increased social activities,’ they wrote.

‘While the health impacts of infection remain mild for those who are fully vaccinated/boosted, the academic disruption and isolation housing requirements for infected students make it necessary for us to respond to this increase in COVID spread.’

In response to the recent increase in cases, the school has moved to ‘Code Yellow’, asking students to stay home if unwell and to mask at social gatherings and events.

‘The majority of positive cases being reported on campus are from symptomatic testing, which tells us that there are even more asymptomatic cases within our community. Please continue to take appropriate public health precautions,’ leadership wrote.

Cornell students were forced to take an early winter break last year, when campus was closed and they were sent home to finish the semester remotely amid rising cases.

In a matter of days, the university jumped from around a dozen cases to well over 250.

All cases from this initial surge that were sequenced were confirmed Omicron cases, and it proved to be the first surge of the variant that eventually caused the nation to reach a record of 800,000 cases per day in mid-January.

While the Omicron variant has already run its course, with cases having dropped over 95 percent since the strain’s mid-January peak, the stealth variant poses a new threat. 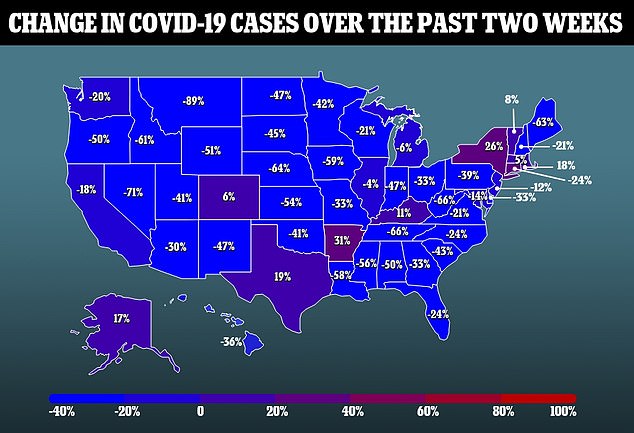 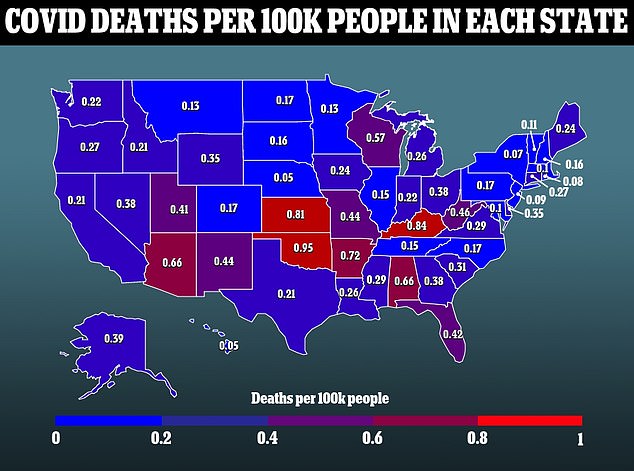 The variant earned the moniker from its ability to avoid detection through some sequencing methods, is believed to be the most infectious version of Covid yet – but is just as mild as the BA.1 version of Omicron that took over the world last last year.

According to most recent data revealed by the Centers for Disease Control and Prevention last week, BA.2 makes up 35 percent of active Covid cases in the U.S., with BA.1 still being dominant.

BA.2’s share of Covid infections in America is growing, though, with the variant only accounting for 23 percent of cases in the week previous.

Some are warning that it is too early for Americans to let their guard down, and with Covid related mandates and restrictions now a thing of the past virtually everywhere in the U.S., there is now an opening for the variant.

The situation at Cornell is especially worrying, with more than 95 percent of students and employees vaccinated, and 92 percent having received booster shots.

Still, the strain has managed to take hold in the community.

‘We are all ready for the pandemic to be over, but we must continue to confront the realities of COVID-19 and the impacts that it has on our ability to support the campus community,’ Cornell leadership wrote.