Coronation Street star Tina O’Brien doubts she’ll be on the soap for as long as veteran Bill Roache – and admits she ‘dreams’ of starring in more period dramas.

The actress, 39, told MailOnline she would transform her appearance for her next role, dying and chopping off her hair for the chance to appear in a show like Netflix series The Crown.

Mother-of-two Tina has warned her 13-year-old daughter Scarlett, who’s appearing in Waterloo Road, that TV isn’t as ‘glamorous’ as she may believe and to be ‘kind’ to everyone on set regardless of their job title. 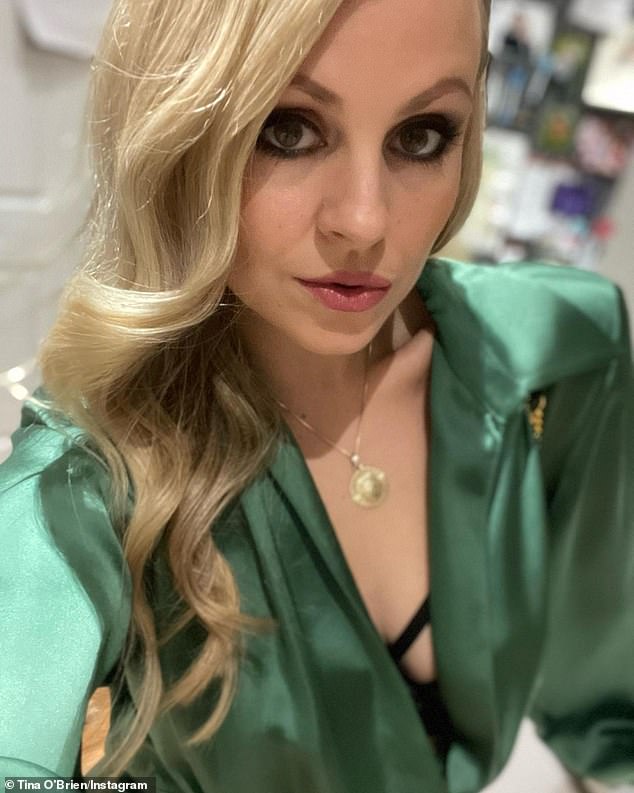 ‘I just want to be in a corset’: Coronation Street star Tina O’Brien doubts she’ll be on the soap for as long as veteran Bill Roache – and admits she ‘dreams’ of starring in more period dramas

Speaking at the Football For Change Fundraising Gala, which was held in partnership with MailOnline on Thursday, Tina said: ‘I do love the fact that Coronation Street can feel like going home. There’s something about it that’s comforting. Even the theme tune… it’s like a little blanket.

‘It’s weird because I never did see myself being on Coronation Street for this long, I love it, but I can’t see it being forever. I’m not sure I’ll be as lucky as William Roache. That is a very specific character and a very specific person. He is amazing and we are all in awe of him.

‘The chances are it’s probably not going to happen for me. I do love my job – I love it. It’s an amazing atmosphere on set. I have a real love for period dramas. When I left the show, I did The Secret Diaries of Miss Anne Lister.

‘I love period dramas so for me that’s my heart. I’d dye my hair brown, I’d cut it off, I just want to be in a corset. Stick me in a period drama and I’ll be happy. I started watching The Crown recently from the beginning and I love it.’ 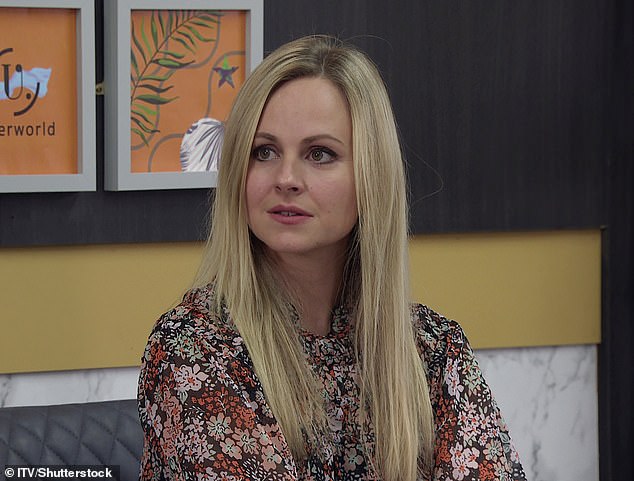 In action: The actress told MailOnline she would transform her appearance for her next role, dying and chopping off her hair for the chance to appear in a show like The Crown

Bill Roache, 90, has played Coronation Street’s Ken Barlow for over 60 years and holds a Guinness World Record for the longest-running TV soap star.

He has portrayed the character of Ken since the very first episode of the soap aired in December 1960.

Tina, who played Sarah Platt from 1999 until 2008 and returned to the Cobbles in 2015, is now watching her daughter Scarlett follow in her footsteps.

She shares Scarlett with former partner Ryan Thomas, who played her on-screen husband, and has advised the teen of the dos and don’ts as an upcoming actress.

She said: ‘My daughter is working on a TV show right now she’s doing Waterloo Road for a year. It’s so weird.

‘We have a lot of chats and I’ve told her it isn’t as glamorous as you think it’s going to be, the hours are very long, make sure you know your lines, be kind to everyone, it doesn’t matter what rank – and that’s the best piece of advice. Or the better version, don’t be a d***.’ 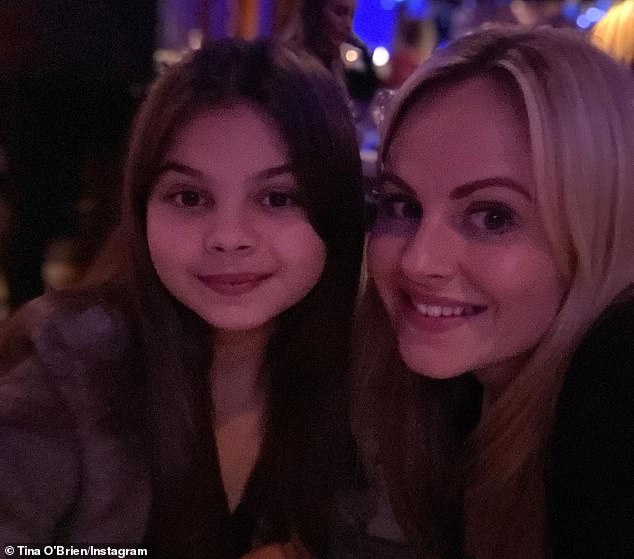 ‘Be kind’: Tina shares Scarlett (pictured) with former partner Ryan Thomas, who played her on-screen husband, and has advised the teen of the dos and don’ts as an upcoming actress 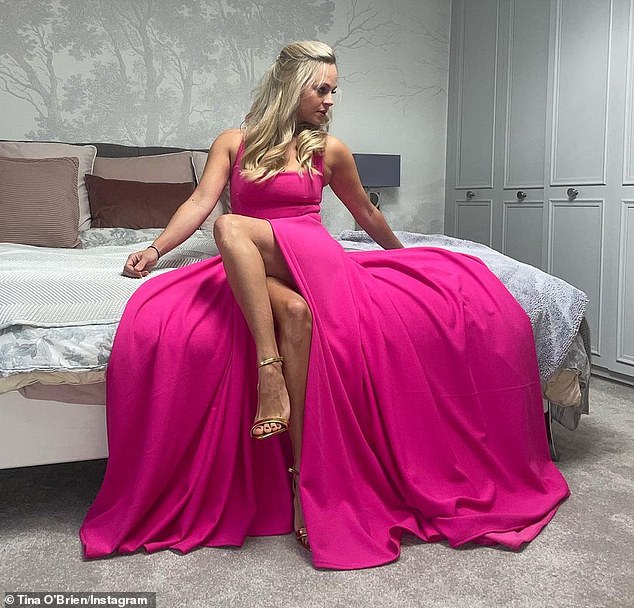 Gorgeous: Tina looked stunning in a fuchsia pink thigh-splitting gown as the attended the Football For Change Fundraising Gala in Manchester on Thursday

Tina, who’s also a mum to son Beau, seven, from her marriage to husband Adam Crofts, says she isn’t planning on having anymore children – and has taken up wall climbing to stay in shape.

She said: ‘Family life is great – my husband Adam, my two children, it’s all really good. Two children are more than enough. Scarlett is 13 and Beau is seven so they’re at great ages now.

‘I have tried to recently get into fitness. I’m not very good at going to the gym because I find it boring but now, I go swimming a lot and I’ve also started climbing, which sounds really weird, but I love it.

‘I take my son and sometimes with my husband. It’s a way for me to use my own body weight and do something that is good for me without being in the gym.’

Celebrity guests were treated to intimate performances from Spice Girls star Mel C and former Oasis rocker Noel Gallagher, who delighted the crowd with renditions of Wonderwall and Don’t Look Back in Anger. 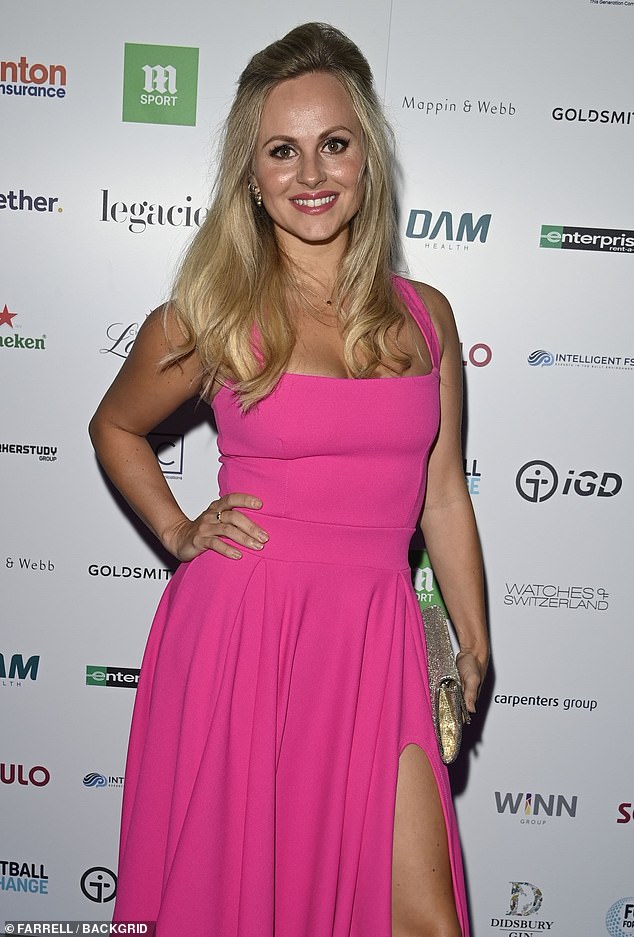 Stunner: The soap star smiled for the cameras at the glitzy gala, where guests were treated to performances from Spice Girl Mel C and former Oasis rocker Noel Gallagher