Lucy Fallon has expressed her excitement for the birth of her first child with footballer boyfriend Ryan Ledson.

The former Coronation Street actress, 26, announced that she is five months along last week and is expecting her bundle of joy in February, but also admitted the experience has been tinged with anxiety as she sadly suffered a miscarriage back in March.

She told The Mirror: ‘It was a traumatising, horrendous time. We went for a scan and they couldn’t see anything, so then we went to the hospital and they thought they could see something, so it was very up and down.’ 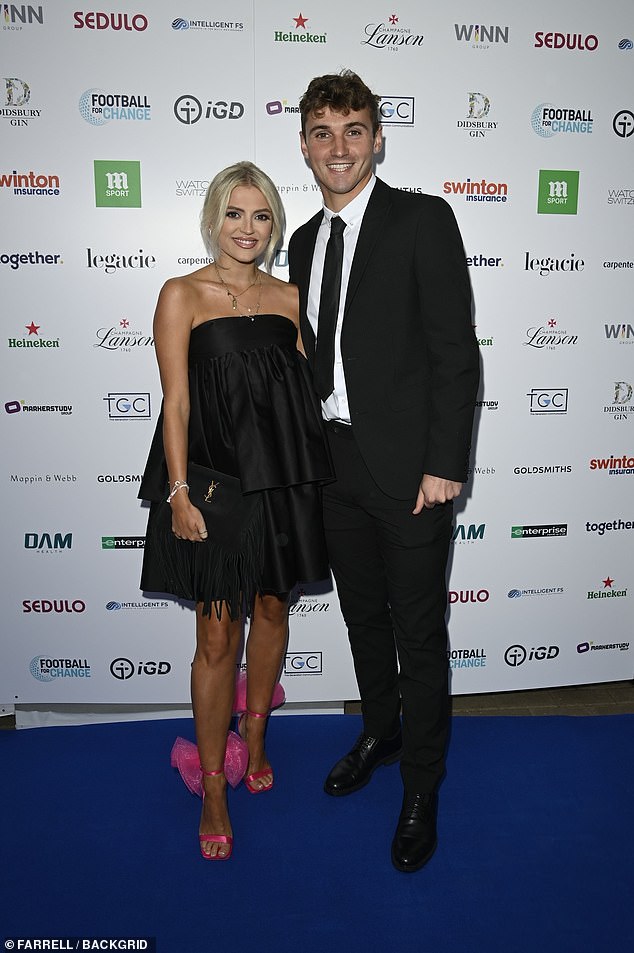 Baby joy: Lucy Fallon has expressed her excitement for the birth of her first child with footballer boyfriend Ryan Ledson (pictured last month)

‘“I had pregnancy symptoms and I was feeling really unwell. There were no signs I’d had a miscarriage, so that made it more of a shock. We just assumed everything was going to be fine. Then after a week when they’d done the blood tests and other tests, I went back and they said I’d miscarried. It was a really strange feeling.’

Yet the soap star revealed the tragic loss brought the couple closer together and made them realise they wanted to start a family.

Lucy said: ‘That changed things and it made us realise that was definitely what we wanted. Situations like that can really test your relationship. It made us closer and stronger.’ 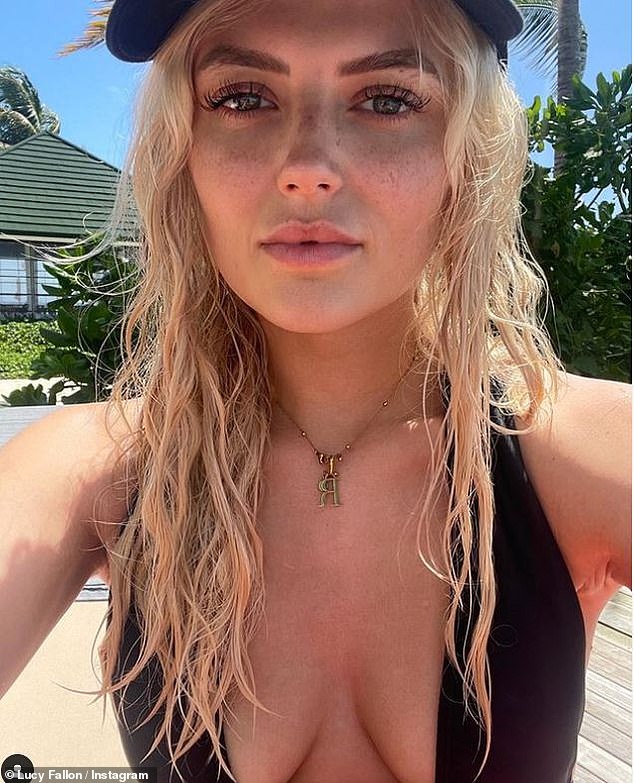 Looking to the future: The soap star revealed the tragic loss brought the couple closer together and made them realise they wanted to start a family

Previously Lucy told OK! magazine: ‘I was a bit shocked because of what we went through and I didn’t think it would happen that soon. But we’re made up and it felt like the next stage for us. It felt like it was meant to be.’

The actress initially didn’t believe that she was pregnant again and admitted she FaceTimed her mother in shock after a positive test result before she later told Ryan of the joyous news.

She also revealed that she is being monitored throughout her pregnancy as she’s been classed ‘high risk’ because of her heart-shaped uterus.

While this was not the cause of her miscarriage in March, it has understandably caused concerns for the star.

While the couple are looking forward to becoming a family of three they are still  coming to terms with their recent loss.

Discussing her ‘traumatising and horrendous’ miscarriage, Lucy explained: ‘Even though so many people go through it, you never expect it will happen to you. I had imagined this little person who was going to come into our lives and then they were taken away from me.

‘It was really mentally challenging and really horrible to deal with, but Ryan was so supportive.’

Lucy required surgery after the loss to remove pregnancy tissue but thankfully ‘supportive’ Ryan was able to be by her side whilst she was in hospital.

In the same month as her miscarriage, Ryan was also hospitalised as he required surgery on his knee to help with historic injuries.

While she had not yet announced her miscarriage, Lucy made reference to the couple’s woes in an Instagram post on March 21, sharing a selfie of the pair that she captioned: ‘A tough couple’a weeks but lucky 2 have u x ❤️’ 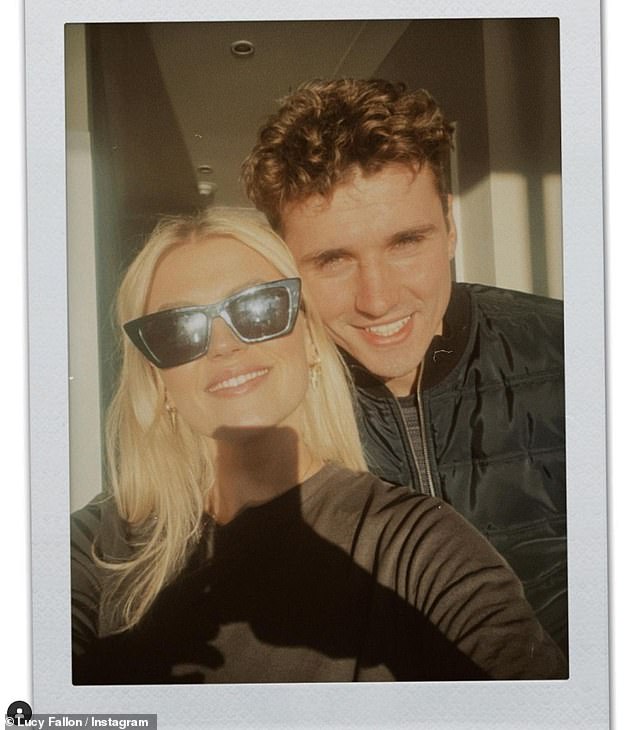 Sweet: Lucy made reference to the couple’s woes in an Instagram post on March 21, sharing a selfie of the pair that she captioned, ‘ A tough couple’a weeks but lucky 2 have u x ❤️’

Their romance came after Lucy called things off with her ex-partner Tom Leech for good in January 2021.

Lucy first split with her boyfriend of three years last August, before she began filming ITV’s Don’t Rock The Boat, after lockdown ‘drove them apart’.

But insiders close to the actress later revealed they secretly reunited in September last year to give their relationship one last try.

However, according to a report, Lucy soon kicked the insurance manager out of the house they shared in Blackpool for the final time.

For help and support with baby loss contact The Miscarriage Association on 01924 200799 Mon-Fri, 9am-4pm or email [email protected] 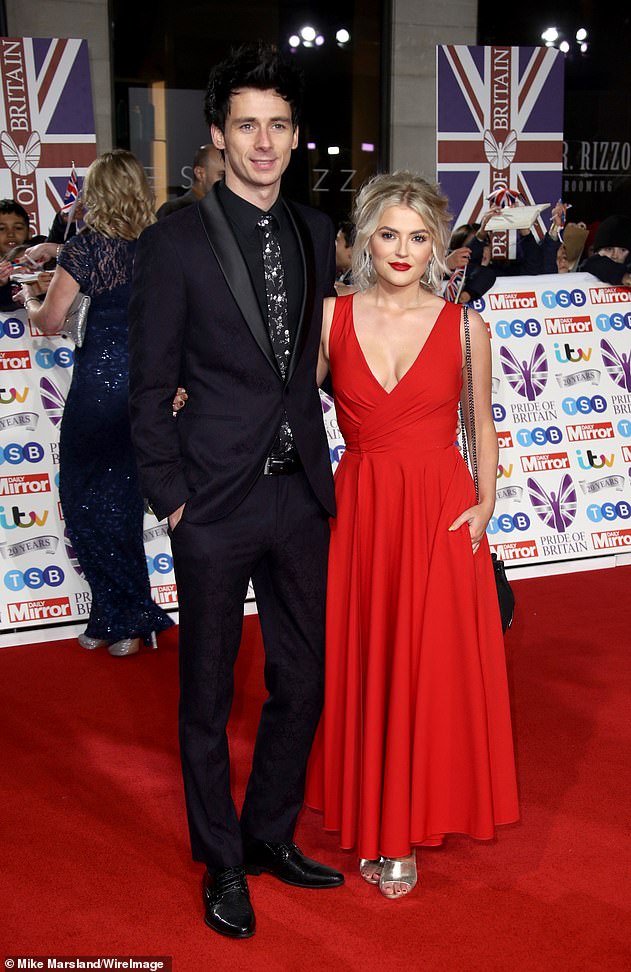 Break up: Lucy began dating Ryan after she called things off with her ex-partner Tom Leech for good in January last year (pictured together in 2019)