New Jersey Democratic Gov Phil Murphy will order the statewide mandate for masks in schools to end next month, a sign that life in the United State can soon return to normal as cases continue to plummet nationwide, down 33 percent across the country over the past week.

The Garden State was one of the hardest struck states by the Omicron variant when it erupted along the east coast late last year. New Jersey saw its cases jump sevenfold in a matter of weeks in December, before peaking at around 32,000 cases per day. Infections have plummeted since, though, and the state is currently averaging 3,000 per day.

Masks is schools have a been a controversial policy enacted in many blue states. New Jersey, one of America’s more liberal states which has been hit hardest by the virus, lifting its school mask mandate could be a harbinger for pandemic mandates slowly being dropped everywhere.

With cases starting to fall – the 305,944 infections recorded every day are a far fall from the peak of 800,000 cases per day reached in mid-January – the chorus of health officials and experts calling for mask and vaccine mandates to end is only growing.

Pandemic related mandates have come and gone over the past two years. Strict lockdowns, mask mandates, school closures, and others were put in place in much of the country when the pandemic started in March 2020, though quickly lifted in many states as well.

Throughout the next two years, mandates have been enacted and receded depending on the Covid situation in many states. Dr Scott Gottlieb, former director of the Food and Drug Administration (FDA) and current board member at Pfizer, told CNBC’s Squawk Box Monday morning that this kind of ebbing and flowing on mandates is the correct way to handle the pandemic.

‘We should have always defined these kinds of mitigations as things we implement to deal with epidemic peaks,’ Gottlieb said.

‘The problem is they became frozen, they became provisions that lasted in perpetuity. That’s when you lost the support of the population.’ 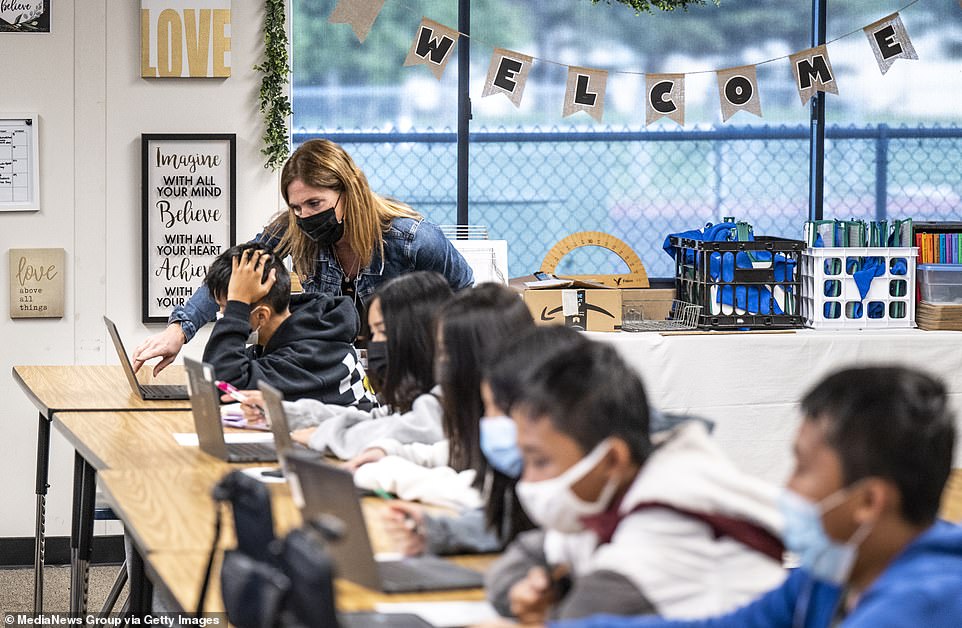 New Jersey Gov Phil Murphy plans to announce that school mask mandates in the Garden state will be lifted next month as cases continue to plummet. It is a sign that life could soon return to normal as the Omicron surge winds down. Pictured: Children in a Huntington Beach, California, schools wear masks while receiving instruction on January 20 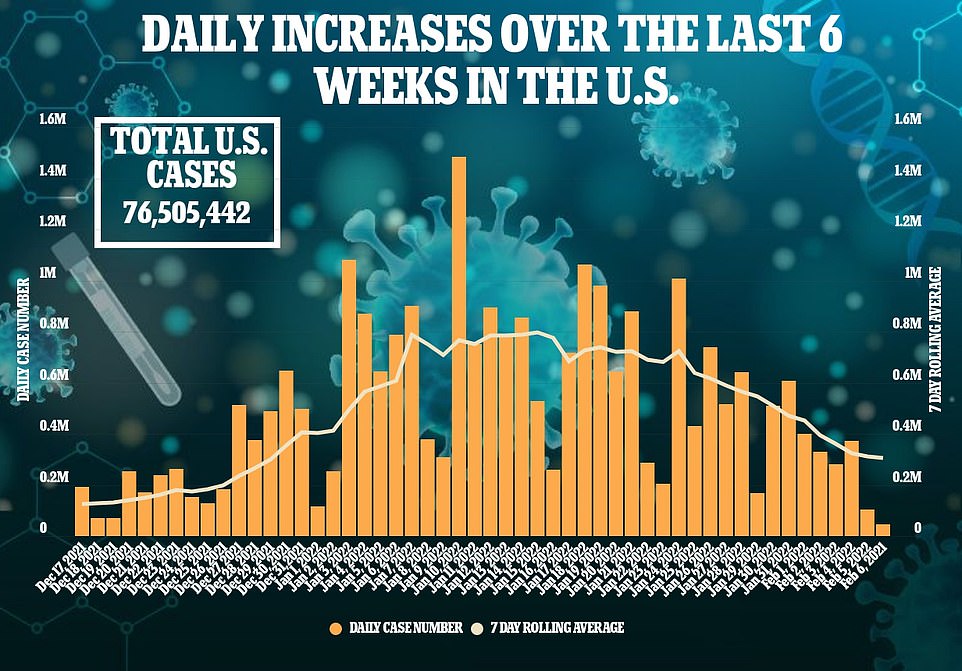 Some even blamed the lifting of masks for the summer Delta variant-fueled surge that erupted last year. Covid thrives in summer and winter months and the highly infectious strain would likely have caused a surge anyways.

‘The problem is going to be the pushback from the public health community – there is this perception the reason we had a delta surge last summer was because the CDC came out and said you didn’t need to wear masks anymore. The two things were unrelated,’ the former FDA chief added.

The move made by Murphy comes as calls for pandemic-related mandates to be dropped in the U.S. amid plummeting cases. While many of these restrictions are set at the state or county level, the CDC guidance usually advises these decisions. The CDC has been hesitant to change to change guidelines, though.

Last Wednesday, Dr Rochelle Walensky, director of the CDC, mentioned that Americans are ‘anxious’ to return to ‘normal’, but hospitalization and death data prevented her from pulling the trigger just yet.

‘We really do have look to our hospitalization rates, and our death rates, to look to when it’s time to lift some of these mitigation efforts,’ she said.

Covid hospitalizations are own 23 percent over the past two weeks, with 121,600 virus-positive people receiving treatment every day.

The figure is misleading, though, since many people who are receiving treatment for another condition and test positive while present at the hospital are added to the tally.

Last month, Massachusetts health officials revealed that around half of the state’s Covid hospitalization total was made up by people who were receiving treatment for something else.

Deaths, a metric that often lags a few weeks behind cases, have begun to stagnate as well. Daily deaths in the U.S. have steadied around 2,400 a day after peaking at the start of the month at over 2,500. The current average of 2,460 nearly the same as the 2,452 total last week.

European governments are only building pressure upon American officials by lifting measures in their own nations. Swedish Prime Minister Magdalena Andersson announced last week that her country would ‘open’ on February 9, with all pandemic related measures to be lifted soon.

‘The pandemic is not over but has entered a totally new phase,’ Andersson said during a news briefing Thursday morning.

Both Denmark and the UK, both nations that were struck hard and fast by the Omicron variant and the end of last year have opted to lift all pandemic related measures as well and declare the countries ‘open’ once again. Norway and Switzerland have both laid out reopening plans as well.

In the UK in particular, cases are down six percent over the past week, down to under 90,000 per day after peaking at over 180,000 per day in early January.

English officials are even planning on scrapping daily data collecting all together in the near future, as the figures may no longer be necessary in the nation as cases and deaths are expected to fall to extremely low numbers. 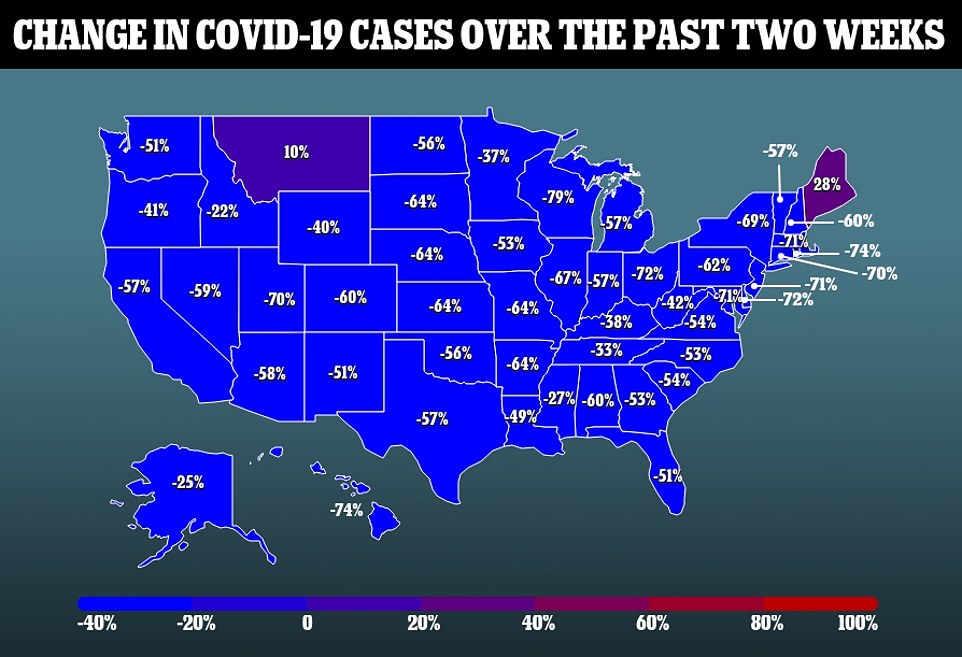 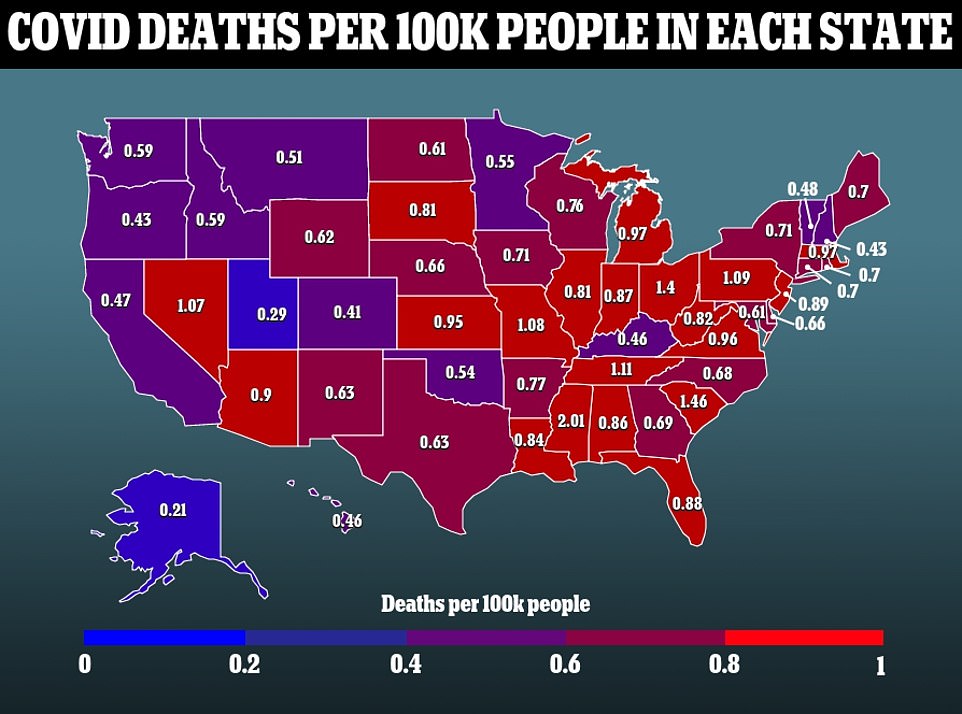 “The problem is going to be the pushback from the public health community–there is this perception the reason we had a delta surge last summer was because the CDC came out and said you didn’t need to wear masks anymore. The two things were unrelated,” says @ScottGottliebMD. pic.twitter.com/5Vx5wOobPT

Covid cases are dropping rapidly among all the east coast states that were struck hard by the virus at the end of 2021, not just New Jersey.

Its neighbor, New York, was also slammed by Omicron in December and New York City emerged as a global hotspot for the variant. Daily cases erupted, jumping ten-fold, but have plummeted since their peak. The Empire state has recorded a 69 percent drop in Covid cases over the past two weeks.

The plummeting of cases has spread beyond just the east coast, though. Only two states in the U.S. are recording increasing cases over the past two weeks – Maine and Montana. Maine is among the states with the lowest infection rates, though, so even small changes in case rates will have a massive effect on its case change rate.

Cases have slashed in half over the past two weeks in 38 of the 50 states. At some points in January, every single state was doubling its two-week case totals.

Wisconsin, which was the national leader in infection rate at one point last month, has experienced the largest decline in cases. The Badger state is averaging 78 cases per every 100,000 residents, a 79 percent drop over the past two weeks.

Also in the Midwest, Ohio (72 percent decrease over the past two weeks) and Illinois (67 percent) are among the leaders in case drops as well.

Another state that led the nation in infection rate for parts of January is experiencing a massive dip in cases as well, with Rhode Island recording a 74 percent drop over the past two weeks. Other nearby northeastern states like Delaware (72 percent), Maryland (71 percent), Massachusetts (71 percent) and Connecticut (70 percent) are among the leaders in daily case drops as well. 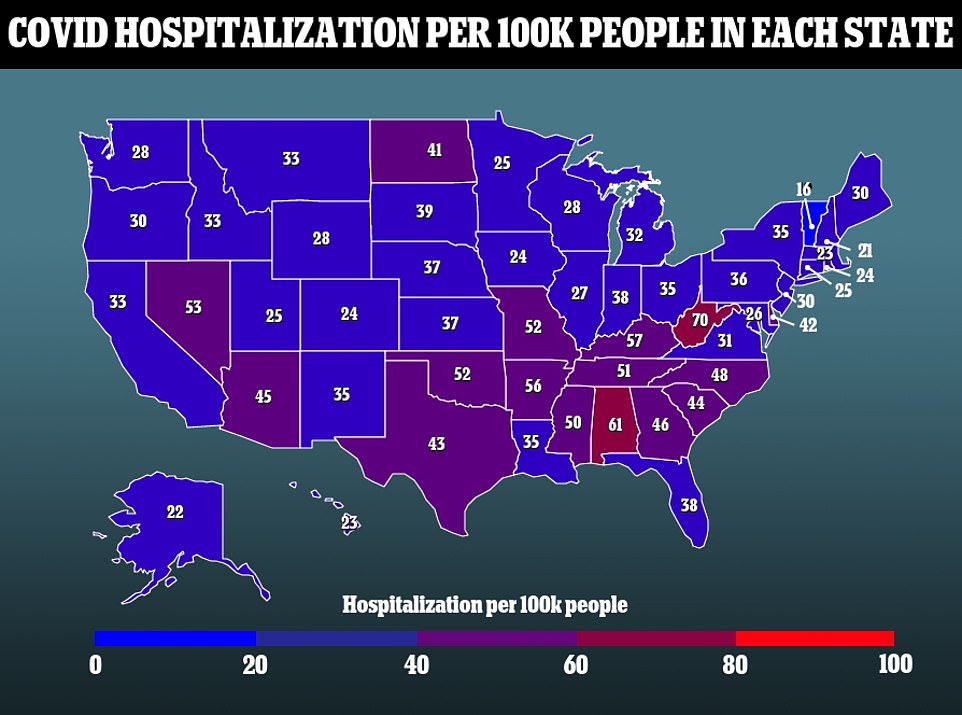 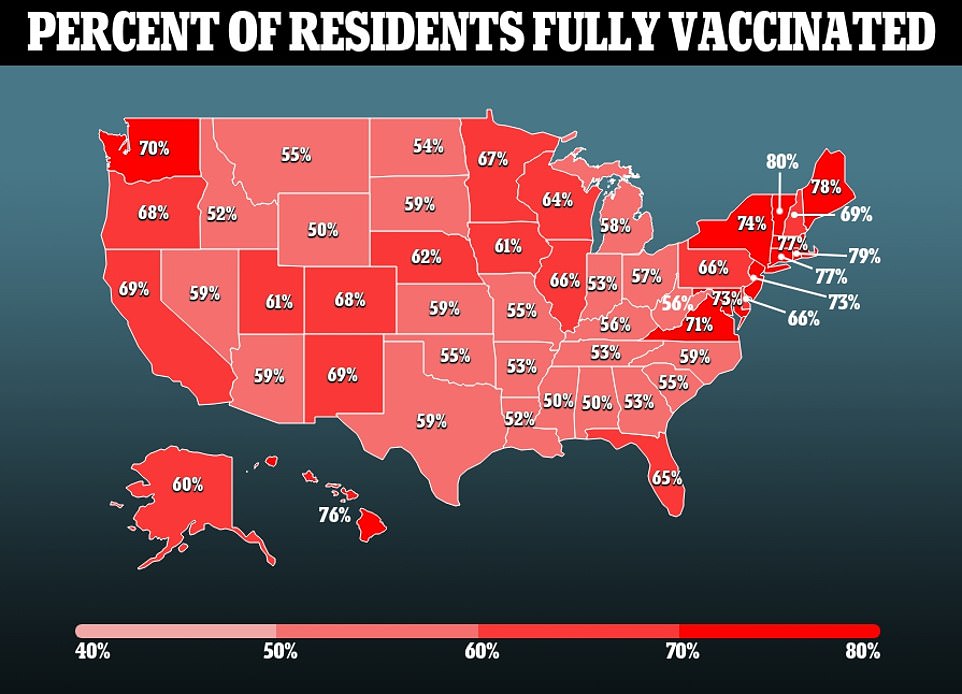