Crossrail may be billions of pounds over budget and three-and-a-half years late but it’s finally ready to roll.

This extraordinary feat of engineering is due to be put into service on Tuesday, when it will adopt its correct title of the Elizabeth Line.

The Queen made a surprise visit to Paddington station this week and officially opened the line. 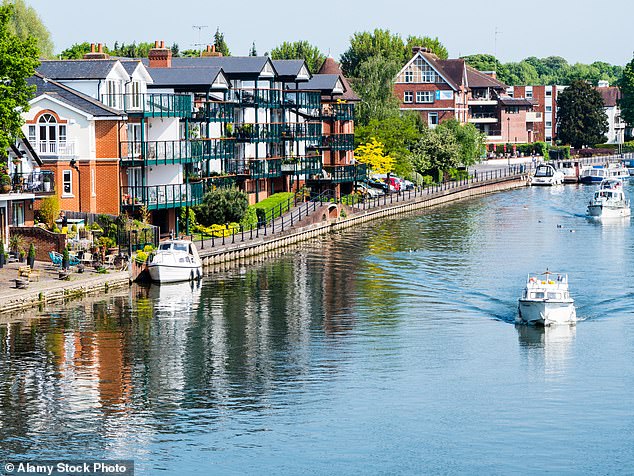 On the line: The Thames flows through Maidenhead, which will now enjoy a direct link to Central London thanks to its new Crossrail station

Linking Shenfield and Abbey Wood in the east with Heathrow and Reading to the west of the capital, it will bind together existing commuter railways, accelerating cross-city travel and relieving overcrowding on the London Underground — particularly the often hellish Central Line.

Commuters’ journey times will be slashed; Reading to London Liverpool Street, for example, will take under an hour.

When fully operational it will increase London’s rail capacity by 10 per cent, making it the largest single expansion of the city’s transport network in more than 70 years.

There are still a few glitches to be ironed out. Initially passengers travelling from Reading in the west to Abbey Wood and beyond will have to change at Paddington or Liverpool Street mainline stations.

Also Bond Street is three months behind schedule. Trains will not call there until later in the year. Yet these delays pale into insignificance when you consider how the Elizabeth Line will transform rail travel in the capital.

Cross town: The Elizabeth line will run east to west across London, starting in Berkshire and ending in Essex

The new station at Paddington, for example, is the size of three Wembley football pitches, with natural light as far as the platform entry from a nearly 400ft-long glass canopy.

More than £1 billion has been spent on upgrading 31 existing stations and tracks. Spacious tunnels will lead to airy 600 ft platforms, with glass screens at the edge of the tracks, making it impossible to fall under a train.

Step-free access from street to train will make the service accessible to wheelchairs.

The nine-car, air-conditioned trains will have colourful bench seats and open interiors with full-width walk-through connections between cars. It will be a world away from today’s cramped, cluttered carriages.

Few engineering projects change the way we live but The Elizabeth Line promises to do just that. People are already flocking to the new stations.

Research from Savills last year found that, over the past five years, homes within 0.6 mile of about half of the stations on the line have increased in price by 25 per cent or more.

It follows that when the sleek and airy new trains come into service, delivering people to their workplaces in double quick time, we can expect a migration to the west of London.

Here are the hotspots: 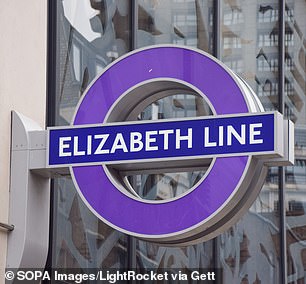 Outlay: More than £1bn has been spent on upgrading 31 existing stations and tracks

Not so long ago Reading was best known for its brewery and its biscuit factory — not any more.

International companies, including Amazon UK, Virgin Media and KPMG have moved there and with reasonably priced homes, compared to London, the town is already popular with commuters.

The town has lots of green space, riverside walks, the Grade II-listed Thames Lido and great shopping, notably in Broad Street and the Oracle centre. The average price of a home sold in Reading was £384,000 last year.

Compare that to the £512,000 average price in, say, East London and you will see why an exodus from the capital is forecast when the Elizabeth Line makes commuting a doddle.

This Berkshire town is keen to attract the City bankers who had previously been put off living there by having to trek across the capital’s underground system to get to work.

‘The Elizabeth Line changes all that and buyer enquiries have already started booming,’ says Dawn Carritt at Jackson-Stops estate agents.

‘The prospect of living near the river in Maidenhead or in nearby villages such as Sonning and Bray is appealing.’

Maidenhead (with Theresa May as its MP) is on the cusp of a revival. Its 1960s shopping centre is to be transformed into The Nicholson Quarter, a swish mixed-use centre.

The area by the river is being developed and trendy cocktail bars and restaurants such as Coppa Club are thriving — a sure sign of a town on the up.

Ricky Gervais did Slough no favours when he set The Office there. Yet the town has a lot going for it. It is well located for travel, nestling between the M4 and the M40 and within easy reach of the M25 and Heathrow airport.

First-time buyer portal Share to Buy claims that Slough has been one of the UK’s top ten property hotspots over the past decade with a 73 per cent increase in house prices.

The Berkeley Group is redeveloping the former Horlicks factory and site to create 1,300 homes.

A small flat sells for £150,000 and a three-bed terrace house for £350,000. The centre is being improved and with the coming of the Elizabeth Line, things can only get better.

On the market… the hotspots