From the hunted to the hunter: Czech police turn 202mph Ferrari 458 it confiscated from a criminal into their own patrol car – and will use it to chase stolen vehicles

Police in the Czech Republic have turned the tables on criminals by not only seizing a Ferrari 458 from them but keeping it for themselves as a patrol car.

The 2011 supercar, which is worth around £150,000 today, has been modified into one of the fastest police vehicles in Europe, with the authorities saying the 202mph motor will be used to chase stolen vehicles and to crack down on illegal street racing in the country.

Respraying the Ferrari in the official police colours, fitting sirens and flashing lights and installing all the necessary equipment inside for officers came to a total bill of CZK300,000 – around £10,300.

In a statement, the Police of Czech Republic said the modification cost less than purchasing a new Skoda patrol car, which would be around 80mph slower than the prancing horse patrol car. 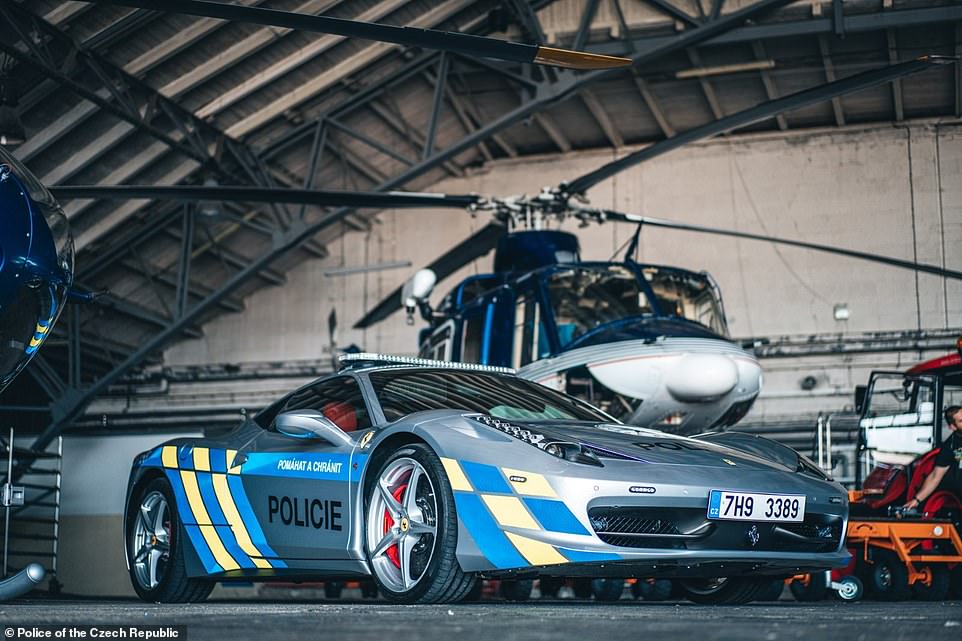 Good luck trying to outrun officers in this: Czech Police have this week started using a new patrol car on its roads – it’s a 202mph Ferrari 458 Italia that it recently confiscated from criminals and spent £10,300 turning it into their own vehicle

Police said the Ferrari began its service on Monday, with it being ‘deployed against the most aggressive drivers on Czech highways’.

This means it will be utilised to locate and chase stolen vehicles and attend tuned car events, which often result in illegal high-speed street racing.

The force said there were some 30 cases of reported illegal street racing in the country in 2019 in which high-performance cars reach extreme speeds on public roads that a ‘normal patrol vehicle cannot fully compete with’. 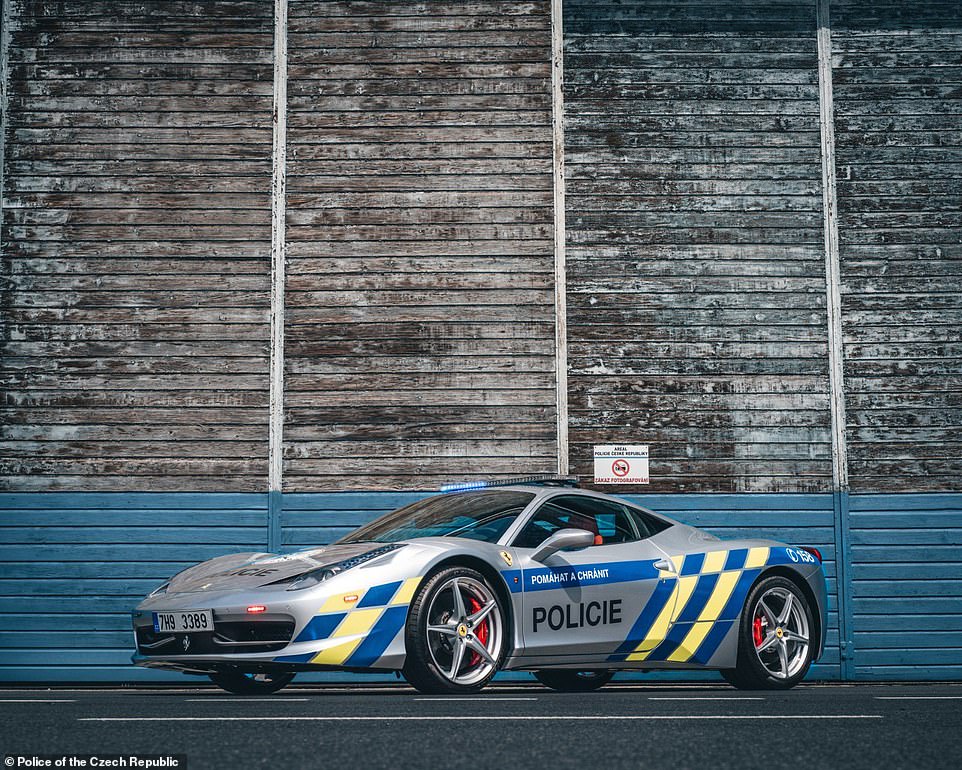 The 2011 supercar, which is worth around £150,000 today, is one of the fastest police vehicles in Europe. It will be used to chase stolen vehicles and to crack down on illegal street racing in the Czech Republic 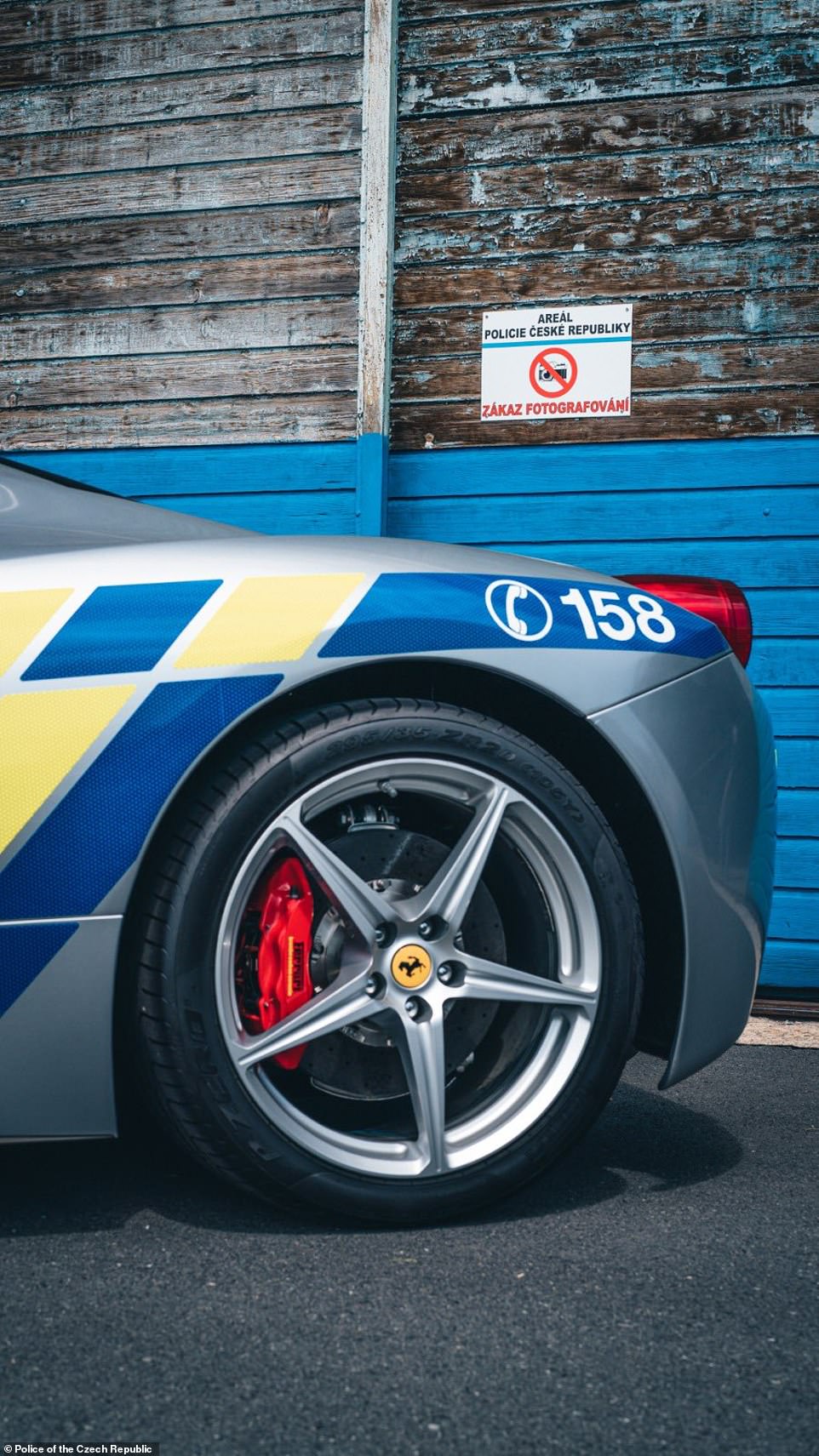 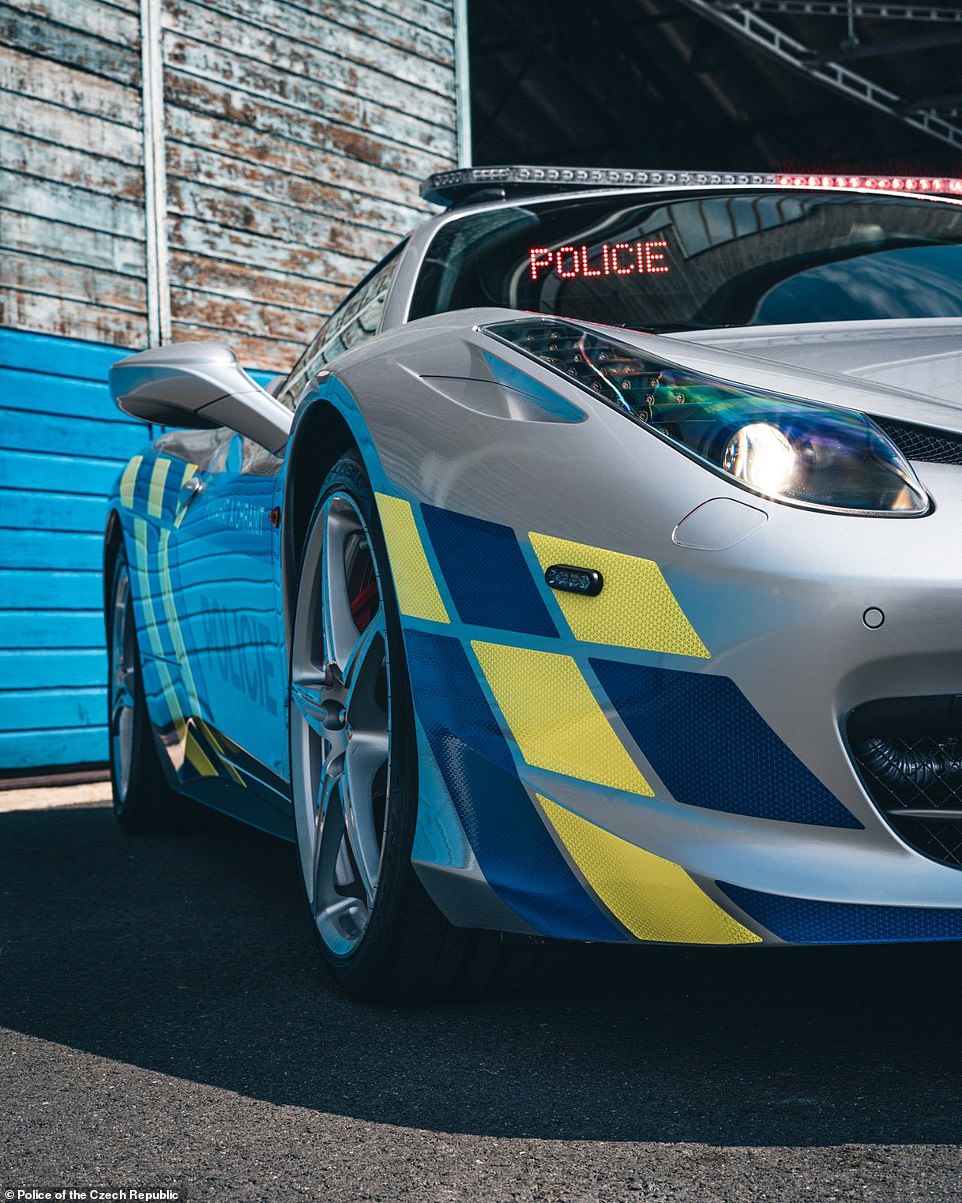 A light bar has also been installed on the roof for the blues and twos, as well as a siren and digital display board that will be used to communicate with fellow motorists

The 458 Italia has a 4.5-litre, naturally-aspirated V8 petrol engine that develops a whopping 562bhp. It can accelerate from zero to 62mph in 3.4 seconds and has a top speed of 202mph, meaning few offenders will be able to escape its clutches.

Specially-trained officers will also use the Ferrari when ‘supervising the safety and flow of traffic on highways’ and for public appearances to promote police work in the Czech Republic. 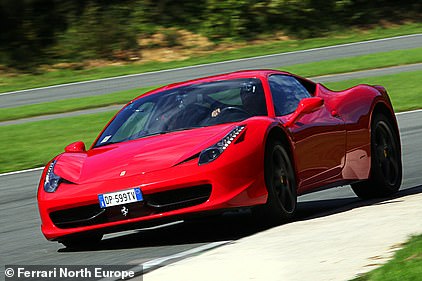 Value today: Around £150,000 (very collectible as it is the last Ferrari supercar to feature a naturally-aspirated V8 engine, with successors having turbochargers)

Deputy Chief of Police, General Tomáš Kubík, said: ‘If I were to mention one of the activities in which we significantly succeed in using legal authorisations, I must mention the securing of assets originating from criminal activities.

‘Last year alone, we secured assets worth almost CZK7billion in this way, and I am personally convinced that we will be similarly effective in the future.’

A light bar has also been installed on the roof for the blues and twos, as well as a siren and digital display board that will be used to communicate with fellow motorists.

The total cost of retrofitting the Ferrari came to less than the price of a new Skoda Scala, which is one of the models currently used by the Czech police as a patrol car and have a top speed of just 120mph.

The national police force says the Ferrari isn’t the most valuable or rare motor it has seized from criminals, saying it has captured almost 900 vehicles in total in the last 12 months.

The vast majority of cars it confiscates are sold and the proceeds used to cover the damage caused by the offender.

However, it does keep some vehicles for official duties, which are then used to combat serious criminal activity throughout the Czech Republic – though none as luxurious cars as its new Ferrari.

The Czech police force is not the first to use a supercar as a patrol vehicle – though it is the first known to use one that’s been taken out of the hands of criminals.

Italian officers have a partnership with Lamborghini, which most recently saw the Polizia issued with a Huracán to transport urgent blood supplies to accident sites.

Police in Dubai are also known to have a fleet of supercars to patrol its roads. 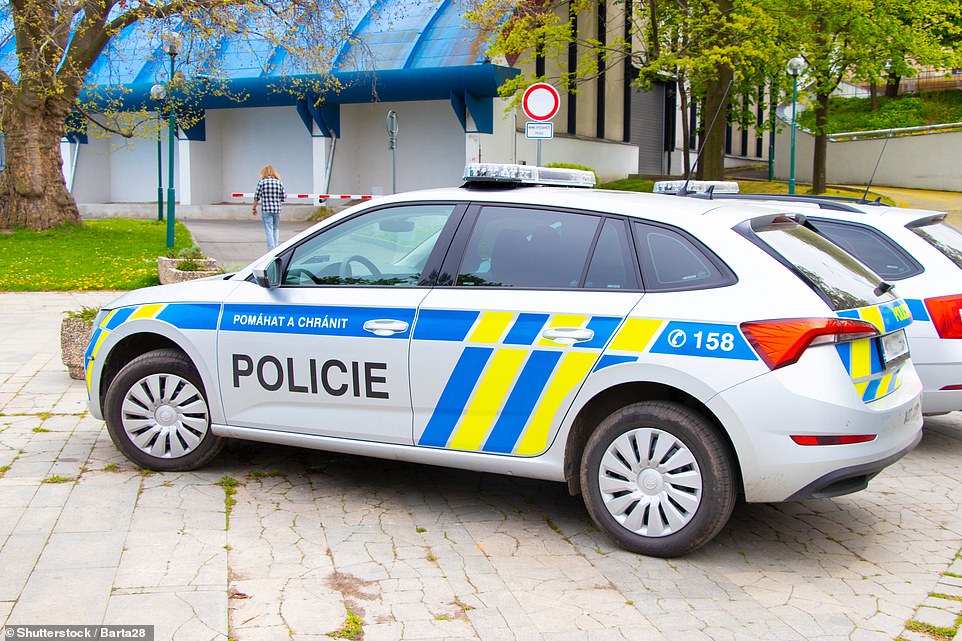 Czech police said the cost to modify the Ferrari was less than the purchase price of a new Skoda Scala, which it currently uses in its fleet of patrol vehicles. The Skoda has a top speed of around 120mph – that’s some 82mph slower than the 458 Italia 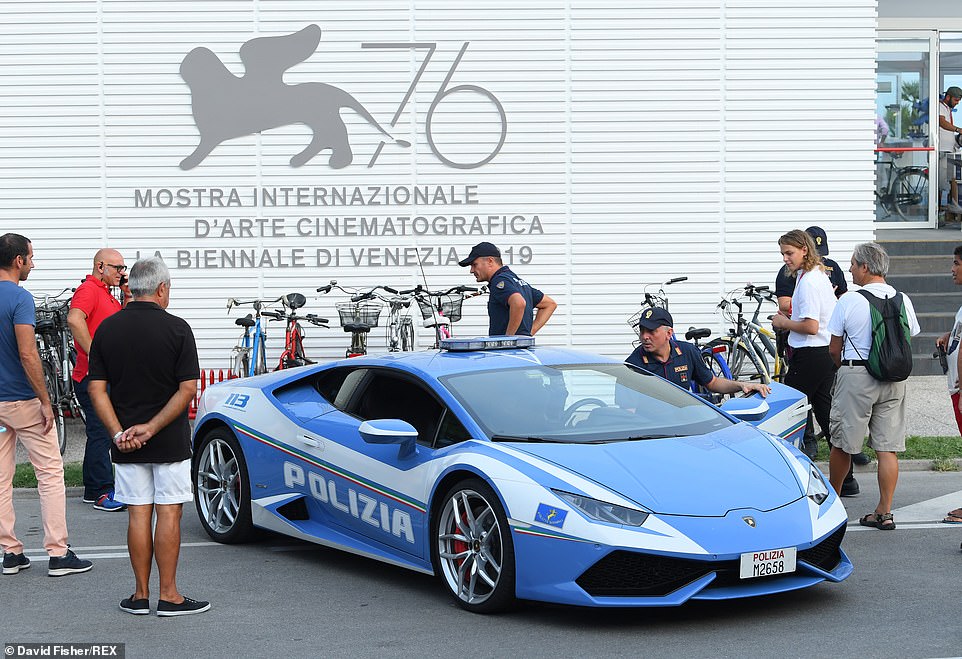 The Czech police force is not the first to use a supercar as a patrol vehicle. Authorities in Italy have a partnership with Lamborghini 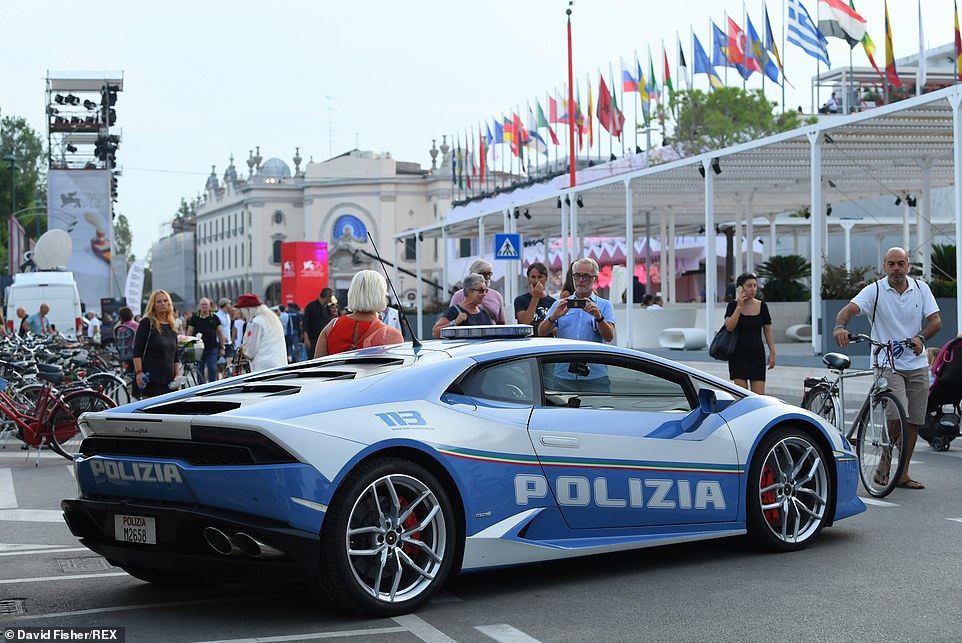