New Dancing On Ice star Sally Dynevor had good company on Monday morning as she ventured out for a brisk walk in rural Cheshire.

The long-serving Coronation Street actress, 58, was joined by professional skater Matt Evers and her close friend Denise Welch, a former contestant on the popular ITV show.

Sally’s 18-year old daughter Hattie – the youngest of three children that includes Bridgerton star Phoebe Dynevor – was also present during the group outing, just days before the new series of Dancing On Ice gets underway. 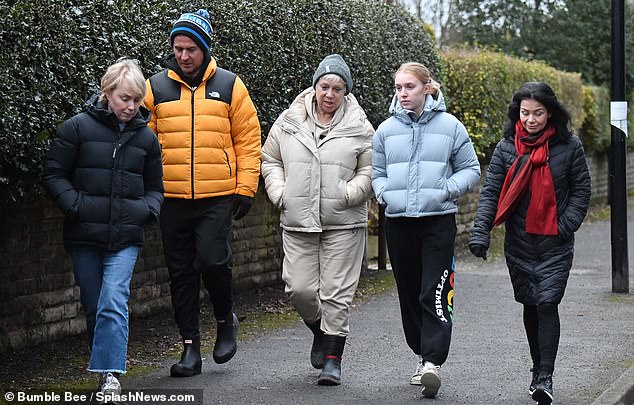 In good company: New Dancing On Ice star Sally Dynevor was joined by skate partner Matt Evers, close friend Denise Welch and daughter Hattie as she stepped out on Monday

The actress will be hoping to go one better than Denise, who skated alongside Canadian star Evers during its sixth series in 2011 and managed to reach week seven of the competition before being eliminated.

Speaking in December, Sally told how a fear of injury prevented her from taking part in the past until the pandemic lockdowns made her rethink things.

She told The Mirror: ‘It was just too scary, and I was worried about hurting myself. My younger daughter Hattie used to go, and I’d get a coffee and watch her from the side. 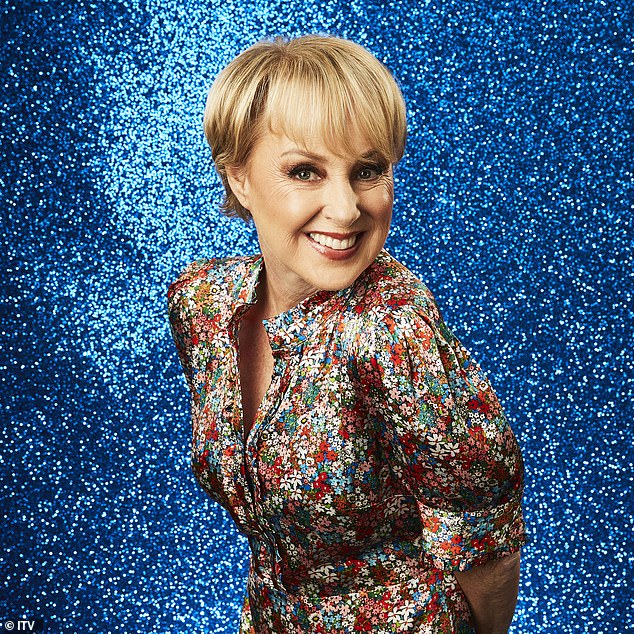 Exciting: Sally will take to the rink when the new series of Dancing On Ice launches in January 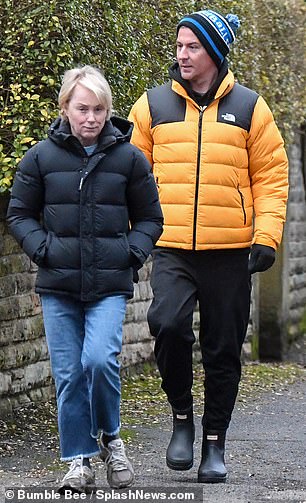 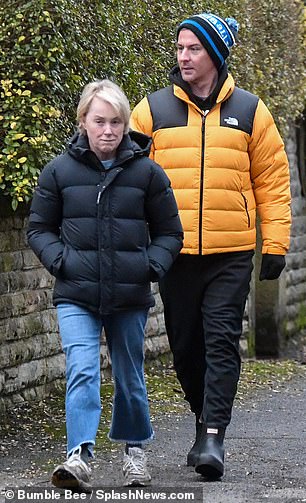 Side by side: The long-serving Coronation Street actress was joined by professional skater Matt, her partner for the forthcoming series 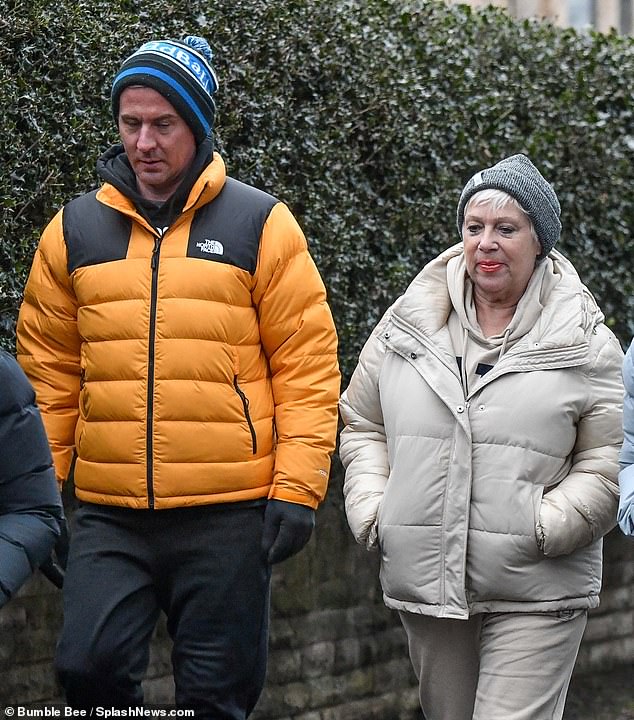 Just like old times: Denise was paired with Matt during the sixth series of the show in 2011

‘But I’d never go on the ice. I was first asked about Dancing On Ice three years ago, but it’s taken me this long to pluck up the courage to do it.

‘The lockdowns were a factor in me deciding to take up the offer. They made me think I should take every opportunity that comes my way, as I don’t know how many more there will be.’

Sally added that she sees the series as a way to push herself out of comfort zone and believes if she hadn’t accepted the opportunity now, she never would. 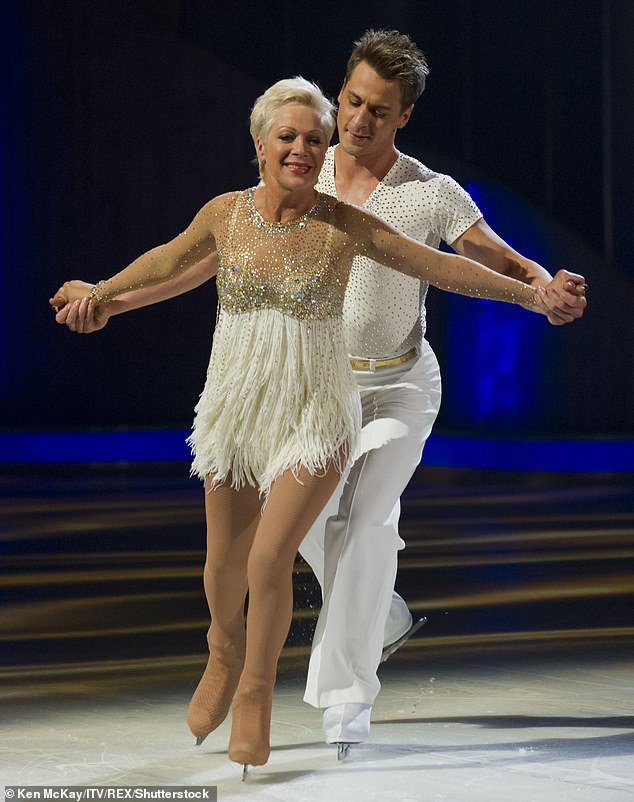 Memories: Denise and Matt managed to reach week seven of the competition before being eliminated 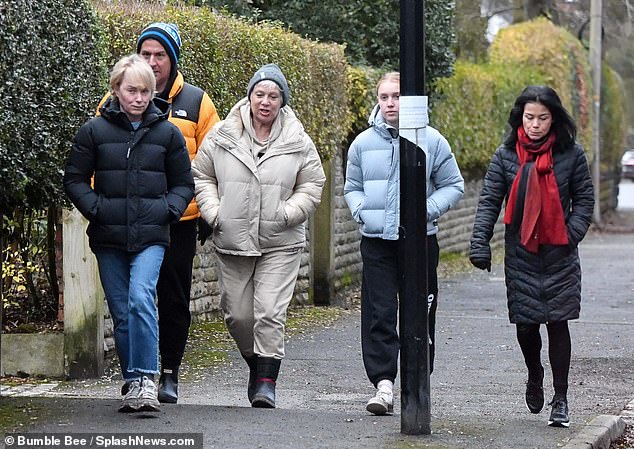 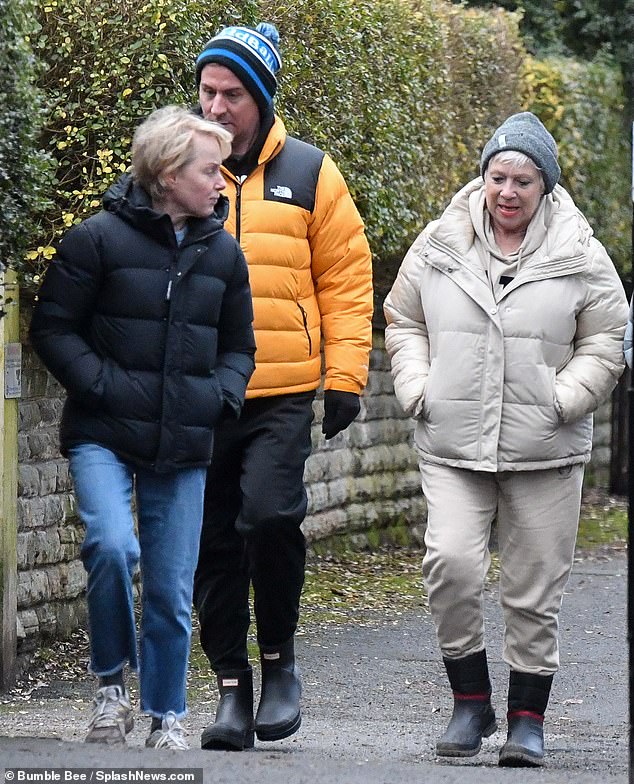 Chilly out: The group were wrapped up against the biting cold while taking a stroll in rural Cheshire, where Sally lives with her family

The actress added that she has been partnered with Evers and feels like she is in ‘safe hands’ as he has been on the show from the very beginning.

Phillip Schofield, who co-hosts the show with Holly Willoughby, recently predicted a young celebrity will win Dancing On Ice this year as they are less likely to injure themselves on the show. 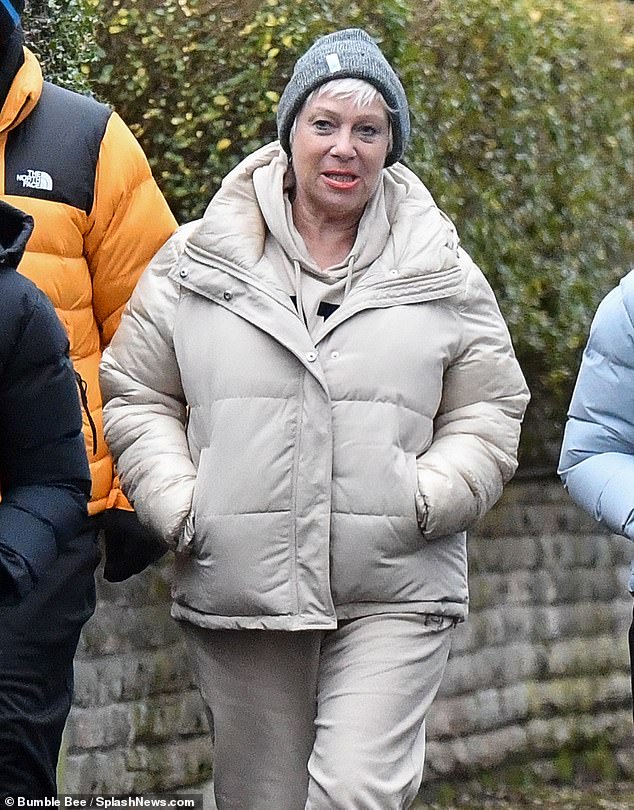 Familiar face: Denise starred with Sally on Coronation Street before leaving the show in 2000 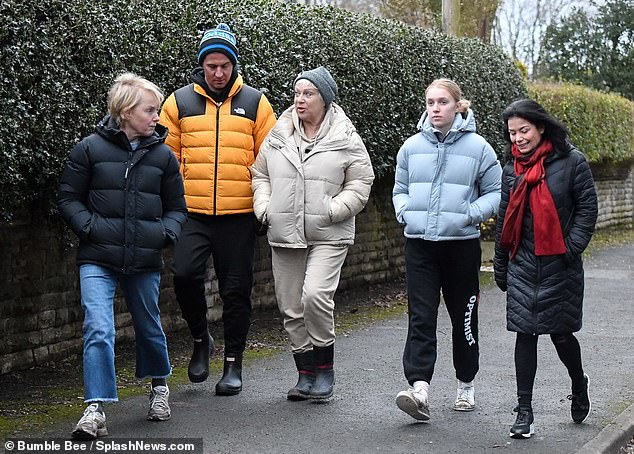 Worry: Speaking in December, Sally told how a fear of injury prevented her from taking part in Dancing On Ice until the pandemic lockdowns made her rethink things 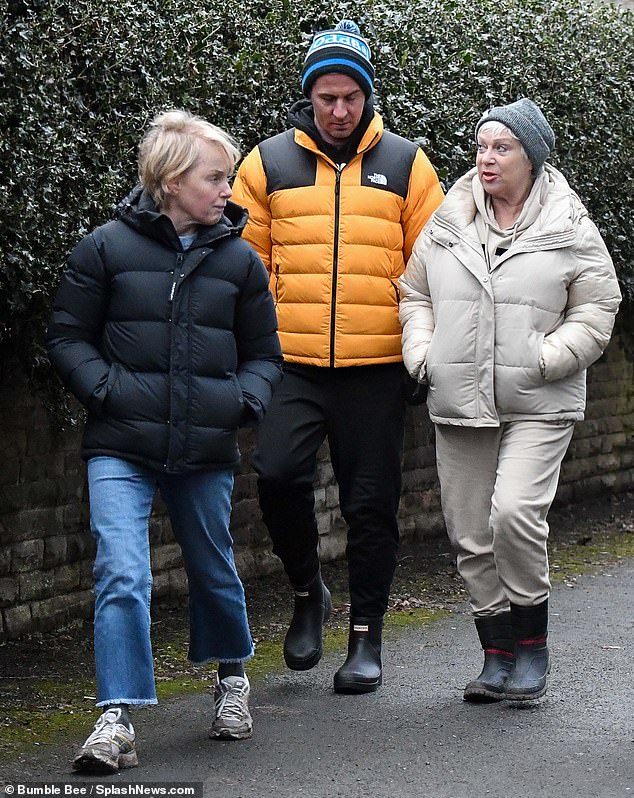 Guidance: The actress added that she has been partnered with Matt and feels like she is in ‘safe hands’ as he has been on the show from the very beginning

He said: ‘It’s incredibly dangerous. Ice skates are fairly sharp. And so we’ve had some nasty cuts. We’ve had big falls. They’re great fun, so long as nobody hurts themselves.

‘What we love is the ­fearless nature. Now, you can really only have that if you’re at the younger end of the age spectrum, when you know if you fall over, it’s not going to break.’

He added: ‘We’ve found that the younger you are, especially if you’re a dancer, then you have that bravery, the courage and, you know, you go for it.’

Dancing On Ice returns to ITV for series 14 in January 2022.

Dancing On Ice 2022: Who are the celebrities?

Kye says: ‘I’d love to see if I can make the final because I’m very competitive.’

Liberty says: ‘I ice skate as a hobby sometimes so I can get around the rink but I can’t do any tricks’

Stef says: ‘I’m going to be a contestant on Dancing on Ice and it’s a little bit scary but I cannot wait!’

Regan says: ‘I love dancing but it’s the skill of this. I’ve always wanted to do it. Always! Ever since I was a kid!’

Kimberly says: ‘I’m just excited to see what I can do on there. I’m up for a challenge!’

Brendan says: ‘I’ve known I’d be doing the show for quite some time and I want to get started, I’m so excited to be on the show.’

Ben says:  ‘I like the idea of learning a new sport and a new skill. I’m quite competitive as well.’

Sally says:  ‘This is a massive challenge. I’m so scared! I’ve just got to take every opportunity I get.’

Bez says: ‘I’m always up for a challenge and am already in training on the ice.’

Ria says: ‘It will be brilliant to learn a new scary skill.’