Danniella Westbrook’s new man has been revealed to be the father of former The Only Way Is Essex star Grace Andrews.

And he has now found to have famous connections, with a source revealing his identity to OK! 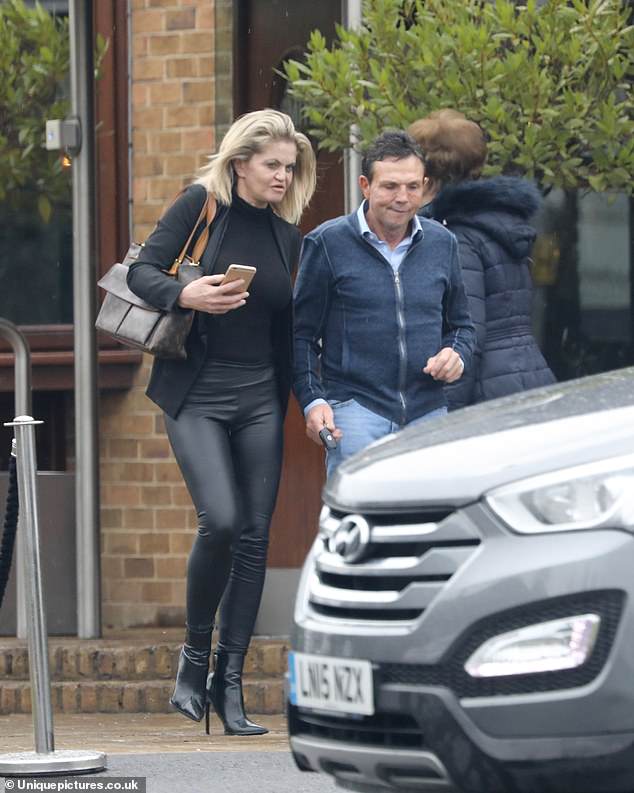 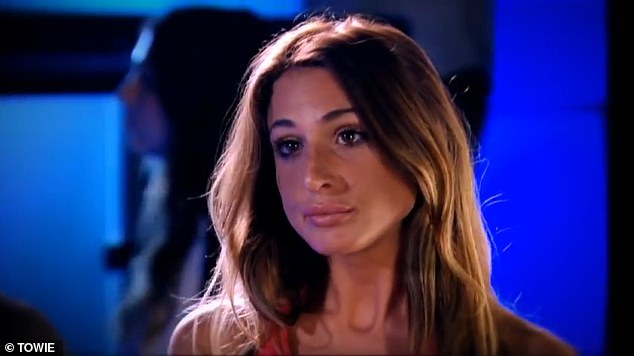 Familiar face: Grace (pictured) first stepped on the Essex scene in 2014 – she is best friends with Georgia Kousoulou

Speaking to the publication, an insider said: ‘Terry has four daughters from three different relationships.

‘His second eldest, Grace, was on TOWIE, and was Georgia Kousoulou’s best friend. He’s estranged from at least one of the girls.’

They added that his family were ‘shocked’ to see him out with Danniella, and that she didn’t seem ‘his type’. 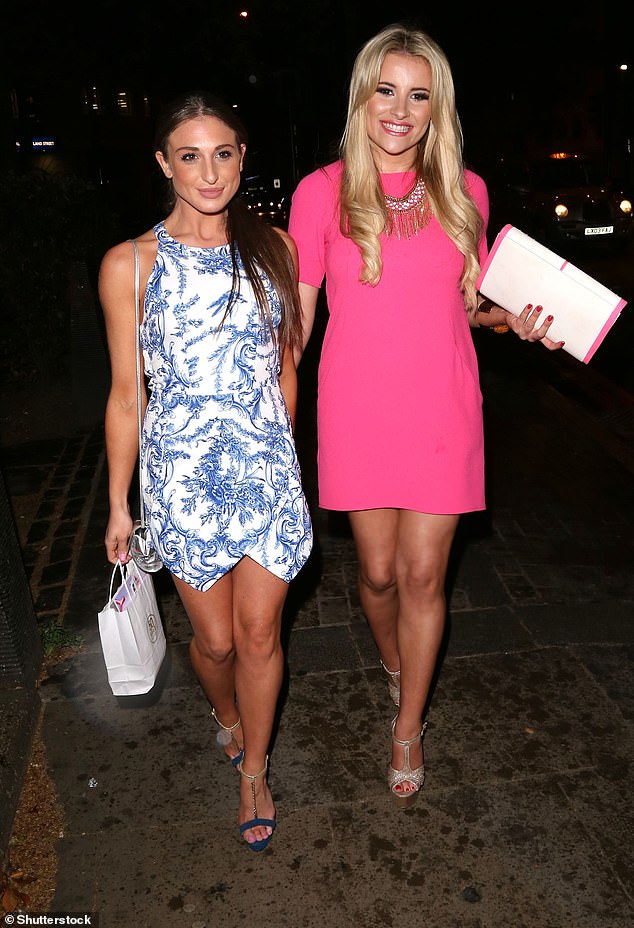 Living it up: Grace pictured out on the town with Georgia back in 2014

They said: ‘His family own an office furniture business in Essex. Everyone is shocked by the pictures of Terry with Danniella. He usually goes for brunette ‘dolly bird’ types. She really doesn’t seem his type.’

Danniella stepped out with her new fella as they grabbed a table at celebrity hotspot Smiths of Ongar on Wednesday.

The mother-of-two was seen leaving the restaurant with her new man after they had tucked into oysters and sipped on champagne.

The former EastEnders actress – who recently claimed she was planning to sue the BBC – cut a chic figure in an all black ensemble which she teamed with a Louis Vuitton handbag.

Terry went for a smart casual look as he donned a jumper over a blue shirt and wore a pair of jeans.

Danniella shared a series of snaps from the date at swanky Essex restaurant Smiths of Ongar and wrote ‘lunch time love’. 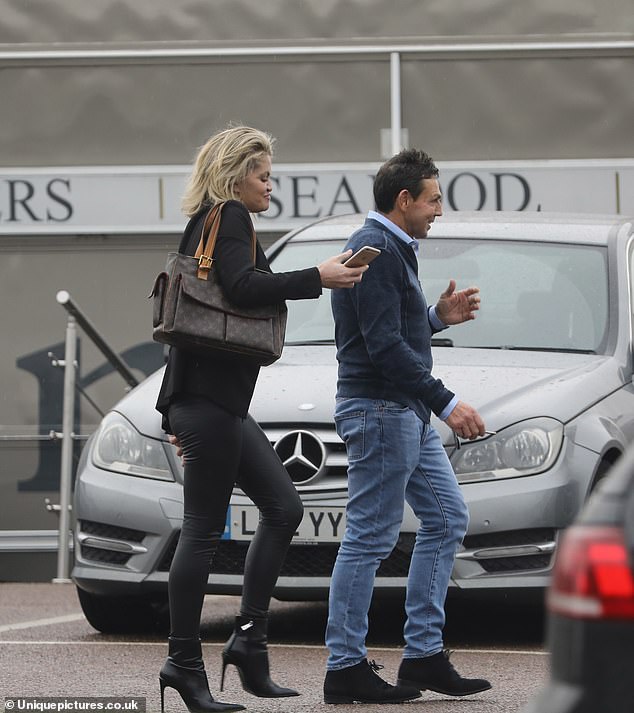 Date day: The actress was seen leaving the restaurant with her new man after they had tucked into some oysters and sipped on expensive bubbly

The outing comes after Danniella recently sparked romance rumours between herself and Matthew Postlethwaite after sharing a snap of them together on her Instagram.

She went on a night out with the Peaky Blinders actor, 30, after attending Cabaret All Stars and documented the evening on her Instagram grid.

The photo showed the pair looking cosy as Matthew, who played a Peaky Blinders henchmen, wrapped an arm around Danniella, who leaned on his shoulder and pointed at his face.

Captioning the snap, Danniella did nothing to squash speculation as she wrote: ‘He makes me smile. Had a fabulous night last night.’ 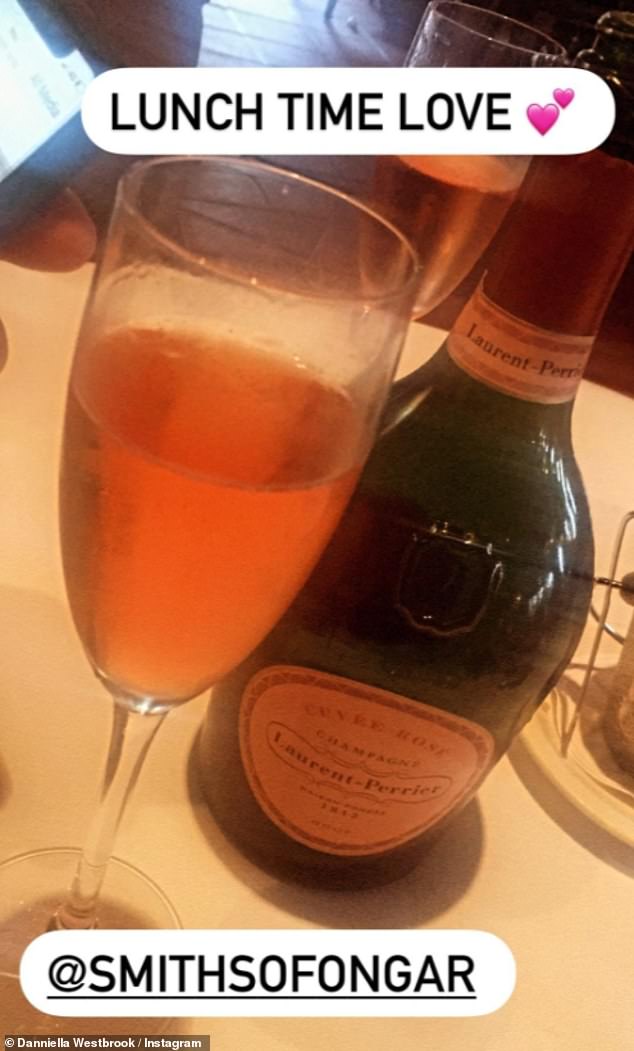 Love is in the air: Danniella shared a series of snaps from the date at swanky Essex restaurant Smiths of Ongar and wrote ‘lunch time love’ 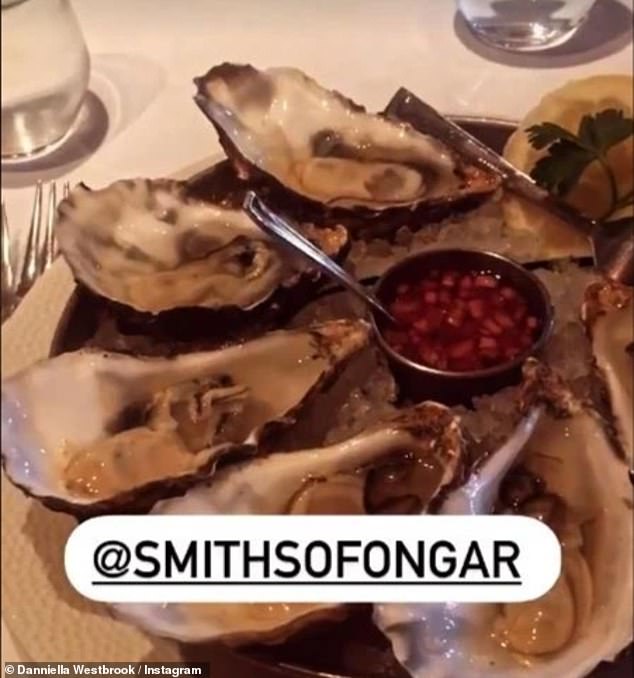 Yum: The pair tucked into oysters and sipped on champagne during their lunch date

She recently showed off the results of a year’s worth of face surgery, filler and Botox in glamorous snaps as it’s revealed she’s set to go under the knife to have part of her rib put in her cheek.

The actress opened up on her upcoming operation which she hinted may take its ‘toll’ on her, with the star having the procedure after her cheek was left damaged by botched dental work.

Danniella, who looked amazing in new images, also shared that she’s currently going through ‘a lot of operations at the moment’ as she told of her ongoing treatments to restore her face. 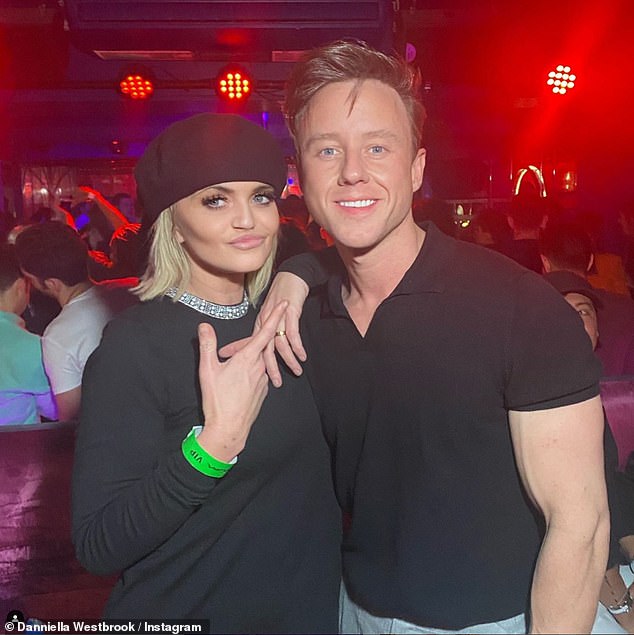 Romance? Danniella recently stirred up romance rumours between herself and Matthew Postlethwaite after sharing a snap of them together

She had previously undergone the rib procedure in 2018, after osteoporosis rotted away her cheekbones and gums.

And speaking to OK! magazine about her latest bout of facial reconstruction, she explained: ‘I’m going through a lot operations at the moment. They’re good but they’re very hard.’

Danniella continued: ‘The first two of my operations haven’t taken a toll on me but the next lot will do. I’m seeing a bone surgeon next who is going to be removing a rib.’ 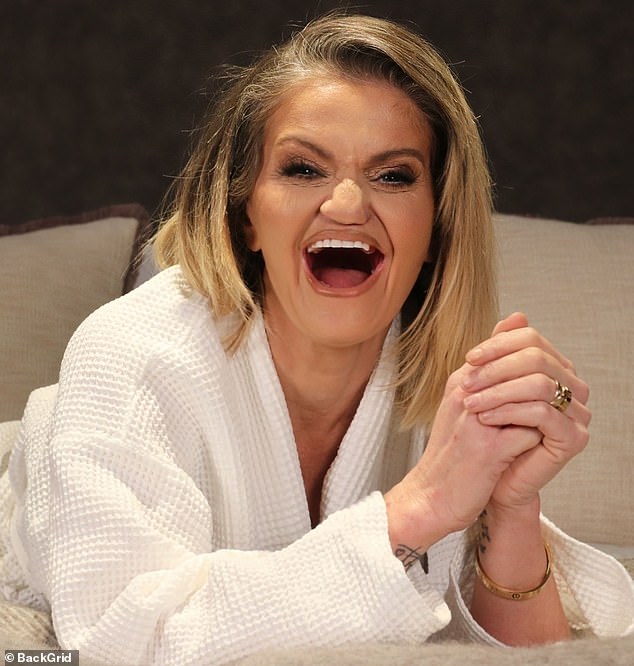 Transformation: Danniella Westbrook showed off the results of a year’s worth of face surgery, filler and Botox in glamorous snaps as it’s revealed she’s set to go under the knife to have part of her rib put in her cheek 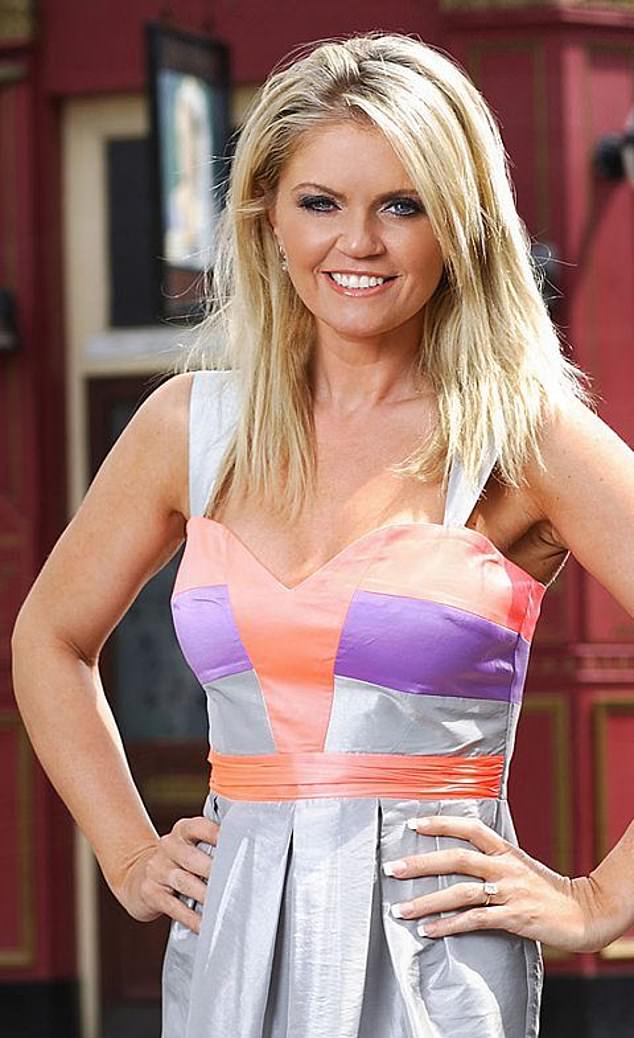 The way she was: The actress’ battle with drugs has been well-publicised, and she famously had her nose reconstructed after her septum collapsed from excessive cocaine use in 2002

Danniella recently hit out at EastEnders for reportedly not informing her that her role as Sam Mitchell had been recast.

Kim Medcalf has been chosen to reprise the role over her.

Speaking to The Sun, Danniella said she was ‘shocked’ not to have been told about the casting decision prior to it being made public.

She said: ‘I’ve been known as Sam Mitchell for 32 years. But nobody at EastEnders contacted me to let me know they had recast Kim in the role. There wasn’t even an email to my agent. I was shocked because they do have a responsibility to tell me and someone should have.’

The star – who has struggled with drug addiction since the age of 14 – added: ‘The bosses have seen me go through addiction and they have no idea where I am today.

‘Thankfully I’m OK. But if I hadn’t been it could have had very serious consequences for me.’ 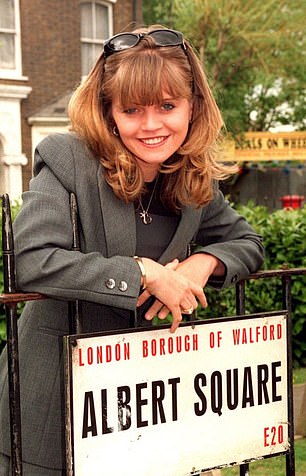 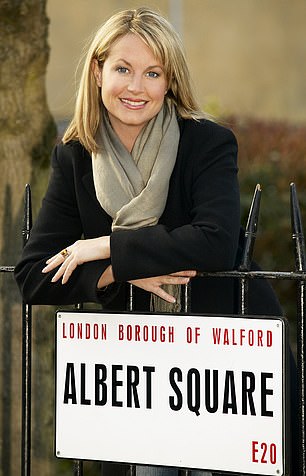 Caught unawares: Danniella Westbrook has hit out at EastEnders for reportedly not informing her that her role as Sam Mitchell had been recast