More woes for Demi Jones: Love Island star’s ex boyfriend Miami ‘sent to prison as he shares snap from cell and complains he should be in Marbella’… after her thyroid cancer battle

Demi Jones’ music boss ex-boyfriend Miami has allegedly been sent to prison, for reasons which are not currently known.

The Love Island contestant’s former partner recently shared a photo to his private Instagram account pointed out of his cell door, it has been reported.

According to The Sun, he wrote in accompaniment: ‘Should be in marbs right now [laughing emoji]. Ffs! SooooonBack [smiling emoji, 100 emoji, sand timer].’ 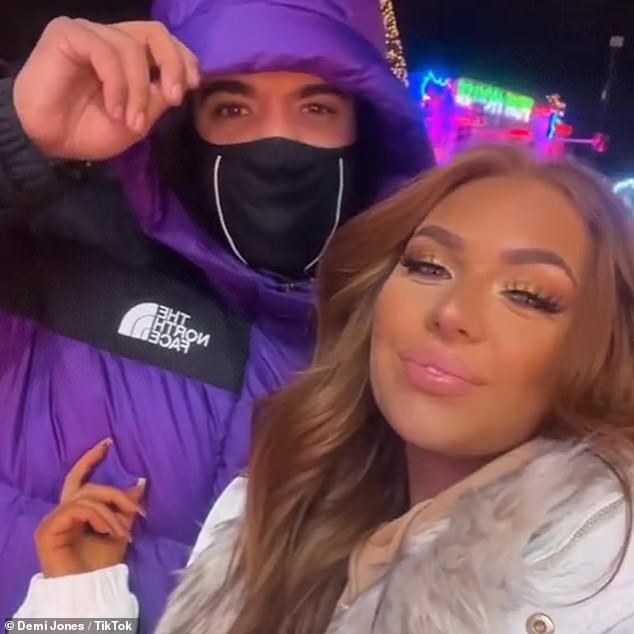 Whoops! Demi Jones’ ex boyfriend Miami ‘has been sent to prison and shared photo from his cell while complaining he should be on holiday in Marbella’… after her thyroid cancer battle

Demi’s representative has been contacted for comment by MailOnline.

Back in April, she told the publication: ‘I am single. We did split unfortunately,’ after she wrote that she was ‘finding herself again’ in a cryptic Instagram post last month.

Television personality Demi and Miami had known each other for some time but the pair embarked on a romance in June last year.

After confirming their split, the influencer said she plans to date again soon, saying: ‘Until the weather gets warmer and my shorts are on… 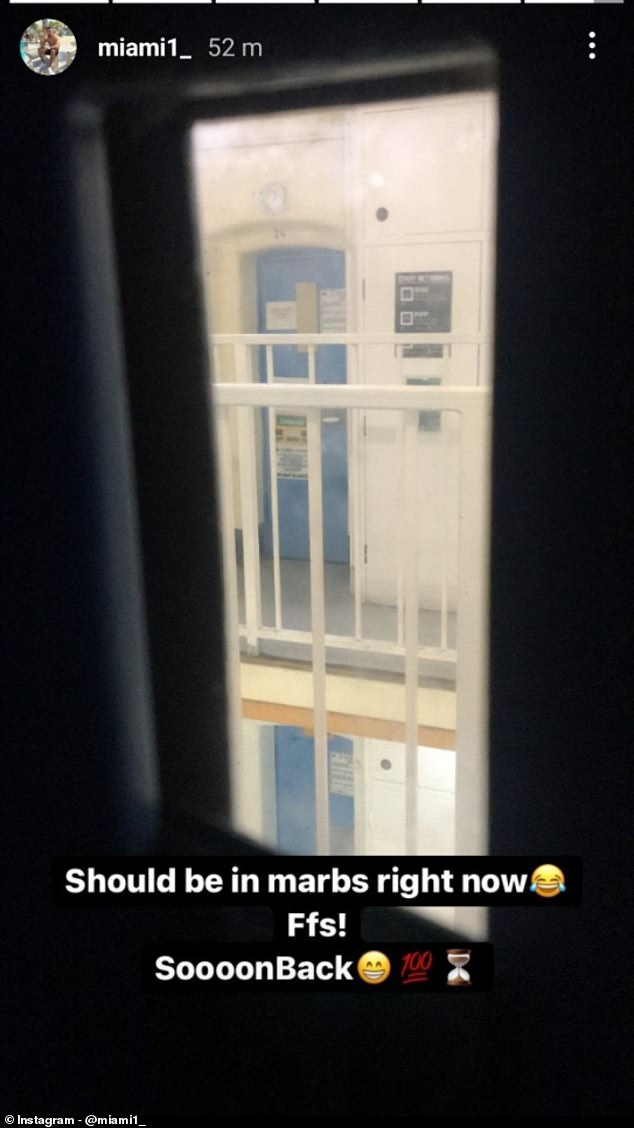 Frustrated: According to reports, he wrote in accompaniment: ‘Should be in marbs right now [laughing emoji]. Ffs! SooooonBack [smiling emoji, 100 emoji, sand timer]’

‘Yeah dating in the summer time – now that everything is open so I can actually go out!’

Before her fresh heartbreak, Demi announced in December she was cancer free, just seven months after being diagnosed.

The social media star posed next to the entrance sign for Queen Alexandra Hospital in Portsmouth as she broke the news across social media on Monday.

She wrote alongside the snap: ‘I’M CANCER FREE!!!! I did it! I got my full body scan results back and there’s not a single cancer cell left in my body. 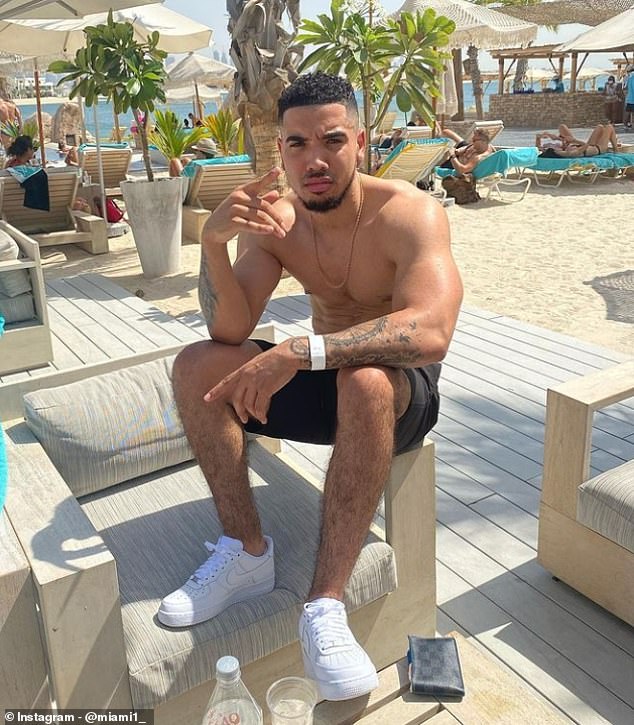 Dating: Back in April, she claimed: ‘I am single. We did split unfortunately,’ after she wrote that she was ‘finding herself again’ in a cryptic Instagram post last month’

‘It’s been such a difficult year mentally and physically for me with my surgeries and treatment but I’m beyond grateful for everyone’s kindness and support over this past year.

‘I will continue to be an advocate for cancer awareness and all my love and strength goes out to those who continue to fight this awful disease, here’s to a healthy and happy 2022.’

Demi was diagnosed with thyroid cancer in May after discovering a lump on her neck.

The disease develops in the cells of thyroid, a butterfly-shaped gland found just below Adam’s apple in the neck. 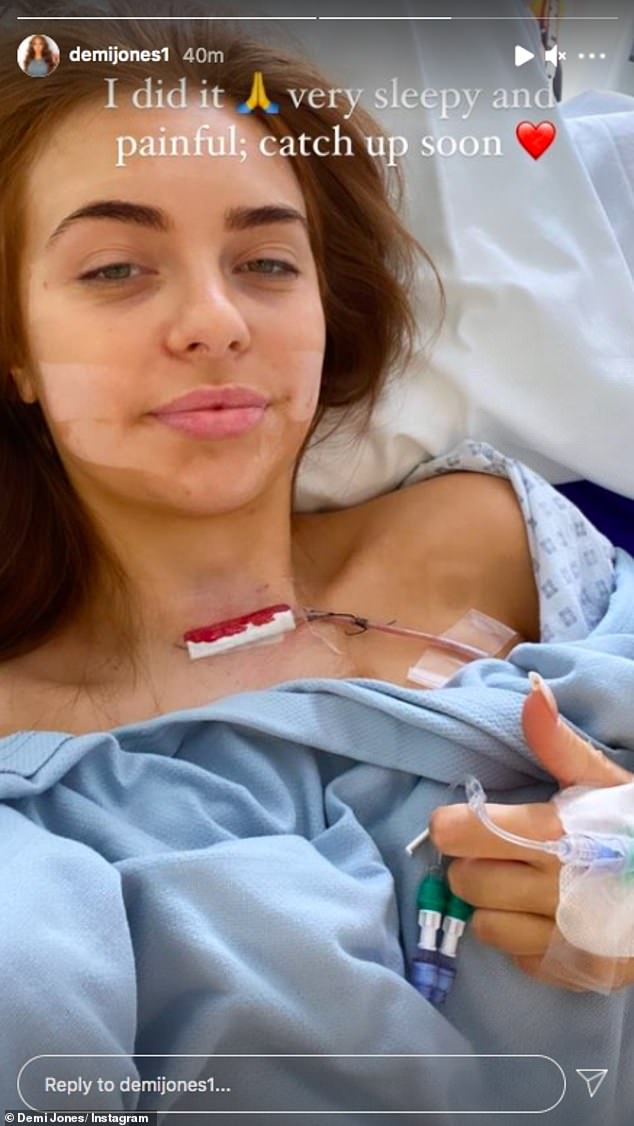 Strong: Demi was diagnosed with thyroid cancer in May after discovering a lump on her neck

Tell-tale signs include a lump on the neck, swollen lymph nodes in the neck and hoarseness.

She has been open about her diagnosis throughout her journey with the disease.

The TV star had two surgeries after doctors found a golf ball sized tumour in her neck and had treatment in September.

And speaking alongside Shaughna Phillips, who lost her father Eddie to cancer in 2016, for Cancer Research’s Play Your Part campaign, the girls talked about their experiences with the disease.

Of her diagnosis, Demi said: ‘I was so shocked when I was diagnosed with cancer and my first thoughts were “Is this going to kill me? Am I going to be really poorly?”‘

Giving a health update to her pal, Demi, who is due to have further radiation treatment, said: ‘Thanks to research, I have treatment options and am doing really well.

‘Even though I’ve got this scar, it’s a small price to pay.

‘Now, I can’t go a day without people messaging me, saying they’ve got their lumps checked because of me, they’re going for an operation because of my story.’

WHAT ARE THE SYMPTOMS OF THYROID CANCER?

The main symptom of thyroid cancer is a lump in the front of the neck. But the disease tends to develop slowly and may not cause any symptoms at first.

Thyroid cancer often causes a painless lump or swelling low down in the front of the neck.

However, neck lumps are common and are usually caused by a less serious condition, such as an enlarged thyroid. Only around 1 in every 20 is cancer. A lump is more likely to be cancer if it:

See your GP if you have a swelling or lump at the front of your neck. While it’s unlikely to be cancer, it’s important to get it checked out.

Rarely, thyroid cancer can affect the production of thyroid hormones and cause diarrhoea and flushing.