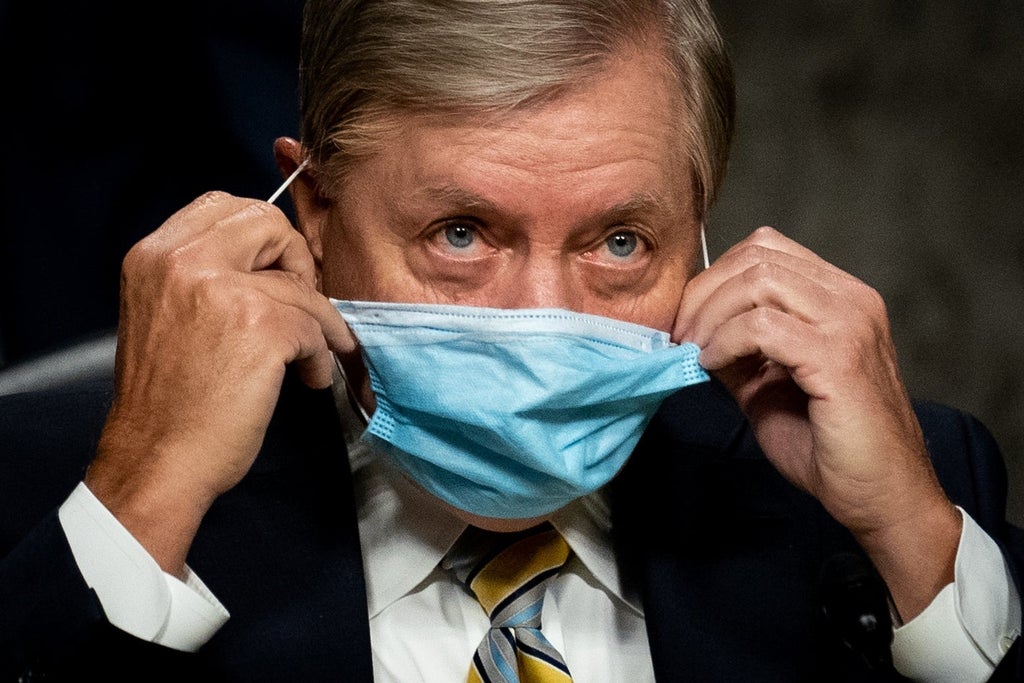 A top Democratic consultant is under fire for now-deleted tweets in which she said she wished Republican senator Lindsey Graham would die from his recently announced case of Covid-19.

On Monday, the South Carolina conservative announced he had a case of the coronavirus, and soon afterwards, Rhode Island-based lobbyist Kate Coyne McCoy remarked about the top GOP leader dying.

“It’s wrong to hope he dies from Covid right?” she wrote. “Asking for a friend. #COVIDIsNotOver #Lindsey Graham.”

“The state Democratic party does not wish ill will on anyone and her statement does not reflect, in any way, the values of the Democratic Party. It was a stupid thing to do,” party chair Joe McNamara told radio host Gene Valicenti.

“It’s a horrible thing to say. Especially in light of the fact that we have lost so many loved ones to this pandemic. It’s very, very hurtful.”

The lobbyist, who has worked on behalf of high-profile organisations like Harvard and Brown University, apologised on Tuesday.

“I made a mistake,” she wrote on Twitter. “I used poor judgement which I obviously regret.”

Earlier this week, Mr Graham sent waves through Washington when he announced that he tested positive for Covid, even though he had been vaccinated already, the latest so-called “breakthrough” case of the resurgent pandemic.

“I was just informed by the House physician I have tested positive for #Covid19 even after being vaccinated,” he wrote on Twitter, adding that he was starting to have “flu-like symptoms” and felt like he had a “sinus infection”.

He took the moment to emphasise how grateful he was for the Covid vaccine.

“I am very glad I was vaccinated because without vaccination I am certain I would not feel as well as I do now,” he said in his statement. “My symptoms would be far worse.”

Public health officials are warning that even fully vaccinated people can still contract the coronavirus, though only a tiny fraction of the more than 164 million people who are vaccinated should expect a breakthrough case, which almost always have mild to zero symptoms and don’t lead to hospitalisations.

Rowdy celebrations across Norway with end of COVID measures