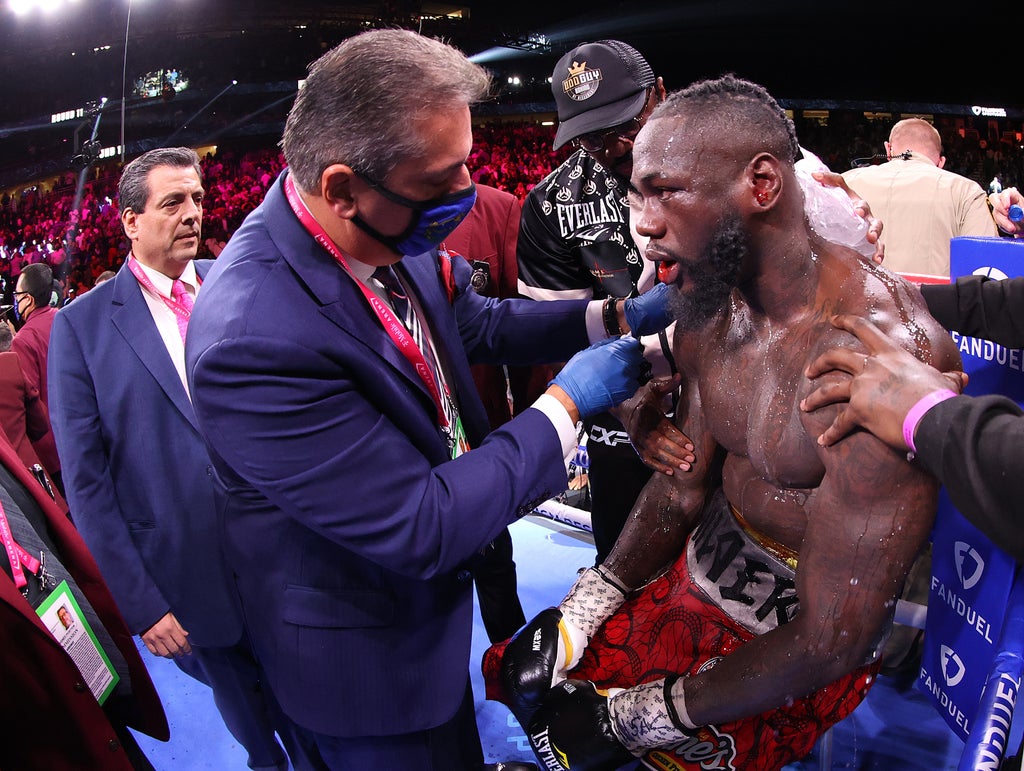 Deontay Wilder’s former trainer Marc Breland has praised Floyd Mayweather for being in his corner as the fallout from his dismissal by the ‘Bronze Bomber’ continued.

Mayweather was accused of “taking shots” at Wilder this week after he paid tribute to Breland, who was fired by the heavyweight following his defeat to Tyson Fury in February 2020.

Wilder was furious at Breland for throwing in the towel in the seventh-round defeat last year, but the American was defeated for a second time by the Gypsy King following an 11th-round knockout this month.

After Wilder’s latest defeat, retired boxing great Mayweather described Breland as “an elite boxing coach, something that nowadays many unqualified people claim to be”, in what was an apparent dig at Wilder’s current trainer Malik Scott.

In response to Mayweather’s comments, Breland wrote on Instagram: “So I have never gotten to know this Man [Mayweather] on a personal level. I’ve had more than a few conversations with his uncle Roger and a couple with his father.

“So from only knowing Floyd Mayweather from his showmanship personality you only THINK you know a little about him! Getting to know him on a more personal level, I’ll say this, his Ring IQ is only a quarter of his business IQ, and that’s impressive!

“He changed the entire game and any boxer that don’t appreciate what he’s done/doing for the culture, and his dedication to the sport got a personal problem with themselves.”

In his previous comments towards Mayweather, Scott claimed that Breland and Mayweather had a rivalry and the former welterweight world champion and Olympic champion was not on good terms with the retired 44-year-old.

“I wouldn’t say he was talking s**t about me,” Scott said in response to Mayweather’s praise of Breland. “I would say he was taking his usual random shots at Deontay, which indirectly is taking shots at me too since I’m Deontay’s head trainer, so it’s whatever.

“But what’s even more funny is Mark Breland has been a known legend for decades, but all of a sudden Floyd posts him with praise coincidentally a week after we lose to Fury.

“But then to make it even funnier, Mark Breland has never really liked Floyd anyway. On numerous occasions personally and publicly he’s always called Floyd an overrated big mouth that would have not stood a chance in his era.”