Gangland heiress Dhakota Williams slips into a skimpy white dress and poses bedside and her fans are loving every minute of it: ‘My real life angel’

Gangland heiress Dhakota Williams gave a taste of her OnlyFans on Tuesday when she slipped into a skimpy white dress.

The emerging social media princess, 21, who is the daughter of slain underworld king Carl Williams, looked cool and confident as she posed bedside.

The brunette bombshell shared a slew of photos in the thigh-grazing outfit which featured a dress and a matching bolero. 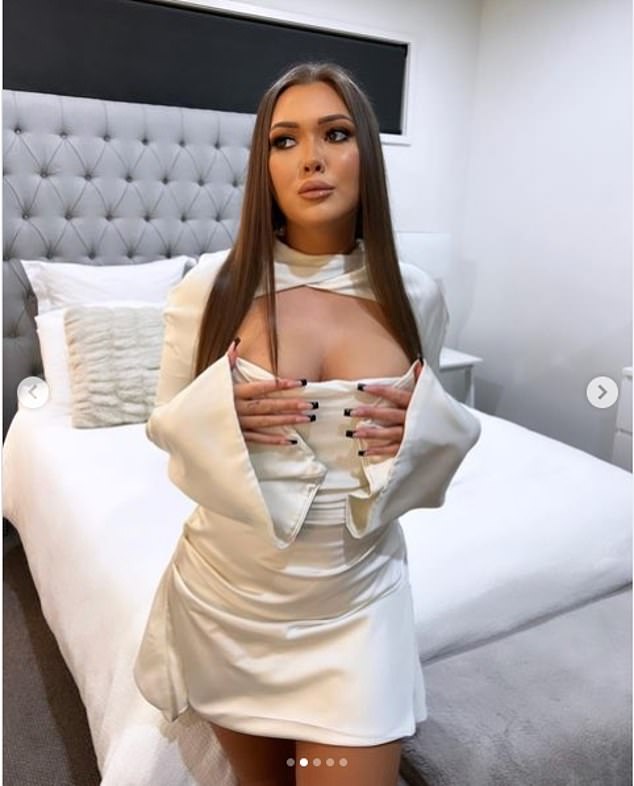 Gangland heiress Dhakota Williams slipped into a skimpy white dress and posed bedside on Tuesday night and her fans were loving every minute of it: ‘My real life angel’

The star wore her tresses out for the occasion and opted for a glossy makeup palette for the photoshoot.

She struck a number of racy poses as she stood in the cosy bedroom, which was immaculately presented.

The star had a number of fans immediately flood her comments with praise. 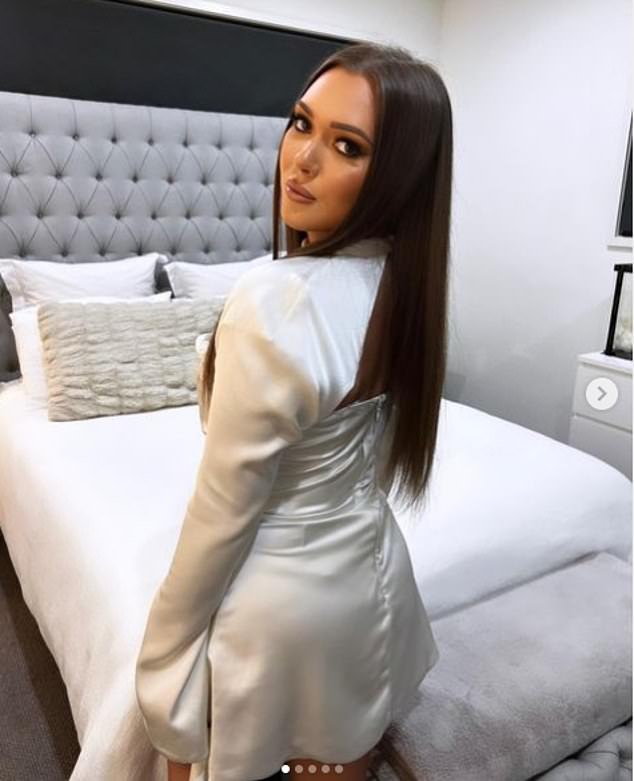 ‘Biggest f****n babe,’ another wrote, before a third added: ‘My real life angel’. 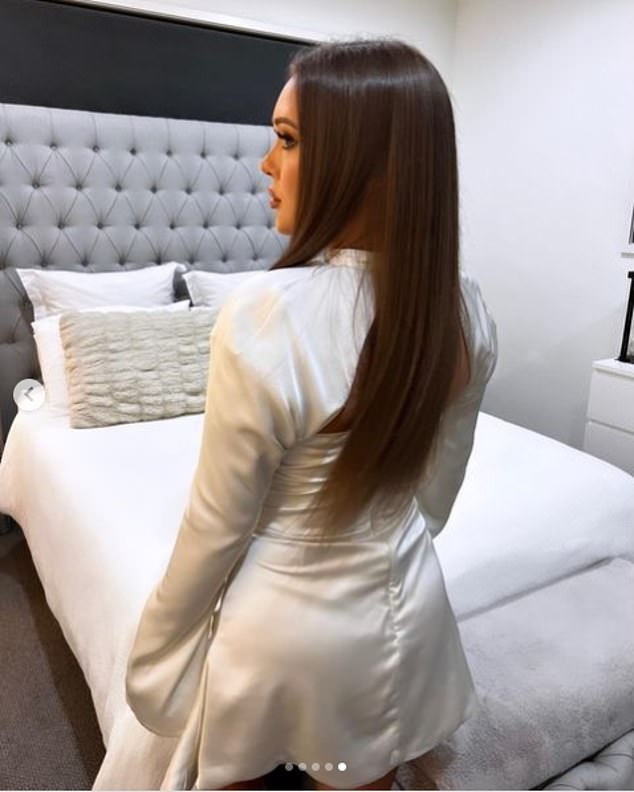 She struck a number of racy poses as she stood in the cosy bedroom, which was immaculately presented

‘You asked I listened…’ the caption read with a link to her newly created OnlyFans account, where she is charging $35 a month.

Now, the pair have opened up about their foray into the sex industry revealing they had ‘no choice’ due to their infamous history.

‘I can’t get a normal job like anyone else,’ Roberta told The Daily Telegraph.

The star had a number of fans immediately flood her comments with praise. ‘You looking very hot again Dhakota, all woman,’ one fan wrote

‘My dream job would be to work as an air hostess but I could never do that given my history. So I have no choice but to take matters into my own hands.’

‘Other people have profited off of my image so why should I not be in control so that I can earn enough money to buy a forever home for my children, which is my main game here.’

Meanwhile, Dhakota said she’s been ‘thinking about joining for a long time’ and has ‘put a lot of thought into it’.

‘Mum gave me the courage to do it. There is no shame in owning your femininity. I am proud of who I am and where I come from. It doesn’t hurt to show off your body. And importantly, I am in control over what I share.’

The pair appear to be very supportive of each others careers – with Dhakota liking her mother’s post. 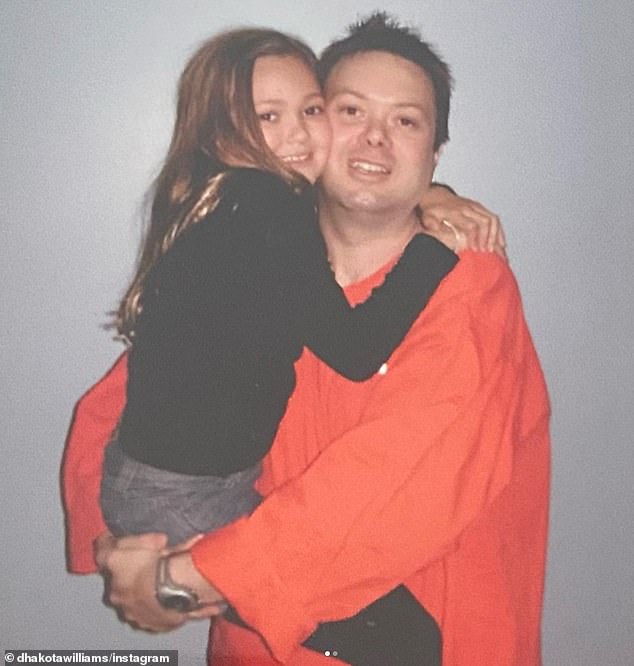 It comes after Dhakota opened up about her 12-year battle with online bullying. She said she has been criticised for her weight since childhood and was fed up. Pictured as a child with her father Carl 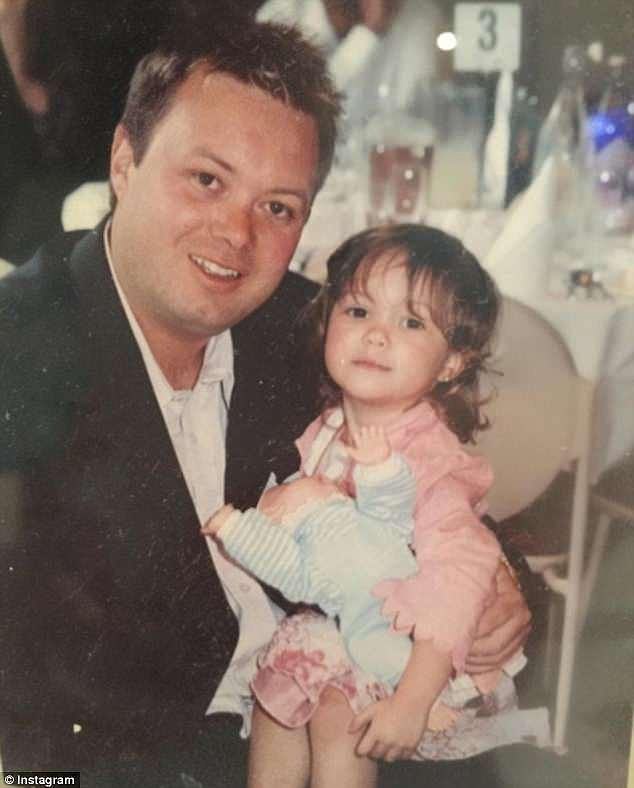 Dhakota was nine years old when her father, drug kingpin Carl, was bludgeoned to death at Barwon Prison by fellow inmate Matthew Charles Johnson in 2010