Fans of The Ellen DeGeneres Show won’t want to miss Diane Keaton’s 20th and final appearance on the daytime talk show that airs on Monday, May 9.

While sipping a cocktail, the 76-year-old Oscar-winning actress sits down and reminisces about her previous 19 times on the daytime talk show.

Among her more memorable memories was when pop superstar Justin Bieber made a surprise visit to the set back in 2015, which set off a friendship between the two that resulted in her starring in his Ghost video. 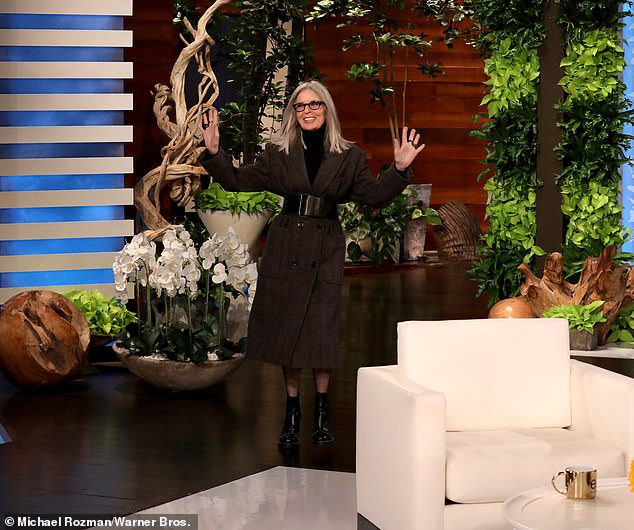 One last trip: Diane Keaton, 76, makes her 20th an final appearance on the Ellen DeGeneres Show, which airs on Monday, May 9 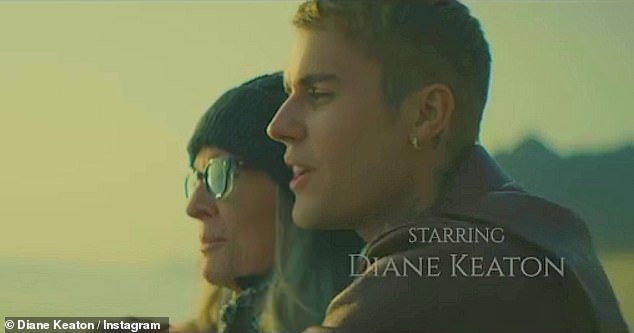 Just the two of us: Justin Bieber enlisted in the help of Diane Keaton last year for his Ghost music video

Dressed in a long charcoal jacket cinched-in at the waist, Keaton first gets surprised when a man dressed in a blask skirt of sorts who presents her with a cocktail.

By the time she get situated in her seat, the two old friends talk about how Ellen helped her invent The Keaton wine.

The host also also chats about introducing Diane to Justin Bieber, which led him to ask her to star in his music video for Ghost six years after their surprise meeting. 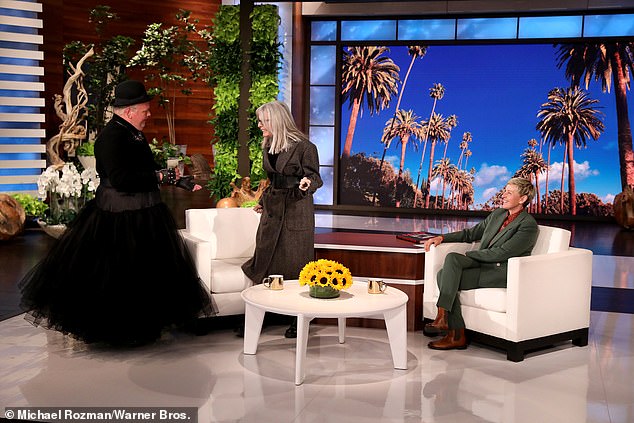 A little drinkie: The Looking for Mr. Goodbar actress gets surprised by a man with a cocktail Wine talk: The surprise drink delivery leads to Ellen reminding Diane that she helped her invent The Keaton Wine

The Looking for Mr. Goodbar actress gushed over Bieber, calling the making of the video ‘so much fun and one of the most pleasant experiences of my life.’

She went on to heap praise on the pop star, describing him as ‘a great man. Young man’, as well as ‘gorgeous’ and ‘a genius.’

Ellen also grilled Diane about her love of men over the course of her lifetime.

‘You like men so much. You are such a connoisseur of men. You are,’ the host declared. 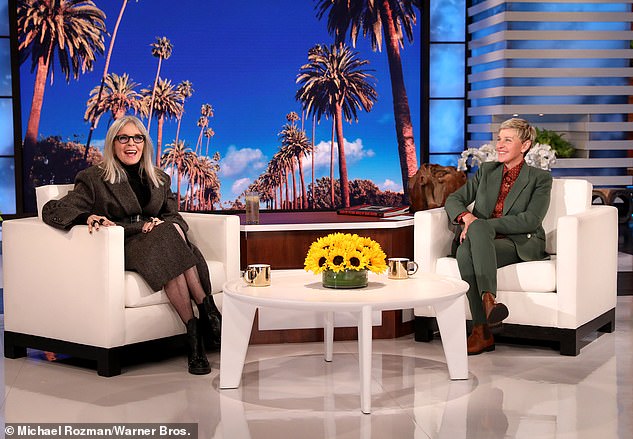 No. 1 Biebs fan: The Manhattan Murder Mystery star gushed over Justin Bieber, calling him ‘a great man’, while looking back at her previous 19 appearances on the Ellen Show

‘But I’m not married,’ the Los Angeles native shot back.

E’No, because you’re not good at knowing women are,’ Ellen replied, before sharing a clip of Diane gushing over Robert Pattinson, a photo of Clint Eastwood covered in smoke, and finally an image of who she thought was Leonardo DiCaprio.

Again, see Diane Keaton in her 20th and final appearance on the Ellen DeGeneres Show on Monday, May 9. 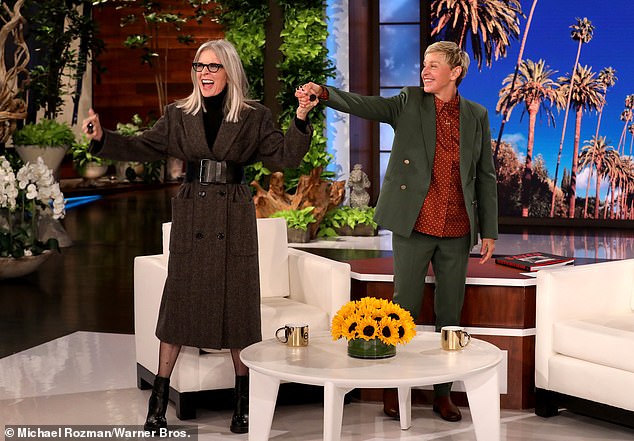 One more time: Oscar-winning actress Diane Keaton makes her 20th and final appearance on the Ellen DeGeneres Show on Monday, May 9