By Mike Sheen For This Is Money

Direct Line’s profits plunged in the first half of 2022 as the car and home insurer took a significant hit from ‘uniquely complex motor market conditions’.

Pre-tax profits fell 31.8 per cent on the same time last year to £178.1millon as its combined operating ratio, a measure of profitability, grew 12.3 percentage points to 96.5 per cent.

The firm told investors today it would be raising premiums in response to soaring claims, with Direct Line already having issued a profit warning last month. 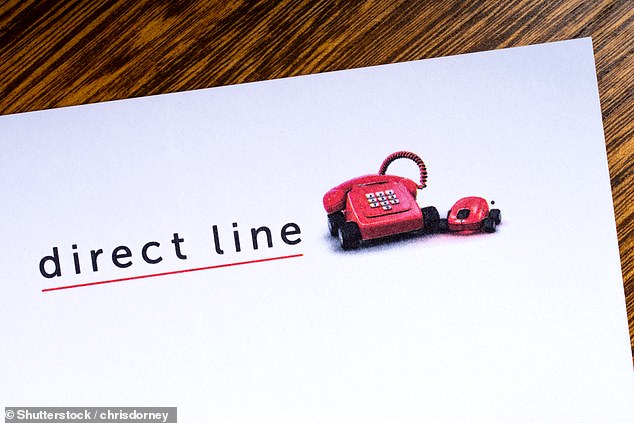 Direct Line, which owns Churchill and Green Flag, shares took a tumble last month when it revealed the extent to which it expects double-digit inflation to boost insurance claims and thereby hammer profitability.

It forecasts its full-year combined operating ratio to come in between 96 and 98 per cent, down from previous estimates of 93 to 95 per cent.

Direct Line said in its interim results on Tuesday that gross written premiums fell 2.1 per cent year-on-year to £1.52billion, primarily as a result of ‘challenging market conditions’ and new regulations.

To counteract this, its premium rates rose by 15 per cent in the first half.

UK car insurance premiums have risen by 6 per cent in the last 12 months, according to a survey from Willis Towers Watson and Confused.com.

Direct Line said: ‘The UK motor market experienced significant levels of severity inflation in H1 2022. Market premium inflation has continued to lag behind the increases in claims inflation and we now estimate overall motor claims severity inflation for 2022 to be around 10 per cent.

‘As a result, our Motor current-year attritional loss ratio increased to 86.4 per cent. We have taken action to mitigate the short-term impact of this and we have now returned to writing at our target margins based on latest claims assumptions.’

However, Direct Line said other business segments were performing ‘largely’ in line with expectations.

‘However, the longer-term fundamentals of the business remain strong.

‘Through pricing action, steps taken in our garage repair network and through deployment of enhanced pricing capability, we have now returned to writing at our target margins based on latest claims assumptions.

‘We are announcing an interim dividend in line with 2021 and are confident in the sustainability of our regular dividends as we look ahead to the full year and beyond.’

She added that the company saw claims inflation at around 10 per cent for the year, and ‘our rate increases… need to reflect that’.