Companies based in tax havens have the right to keep the identities of their owners secret in a major blow to press freedom, transparency and the fight against fraud.

Anti-corruption campaigners this weekend slammed a decision by a European court as a ‘return to the dark ages of dirty money’.

The controversial ruling puts the European Union on a collision course with the UK, which has led the way in making ownership records available in its fight against fraud and money laundering. 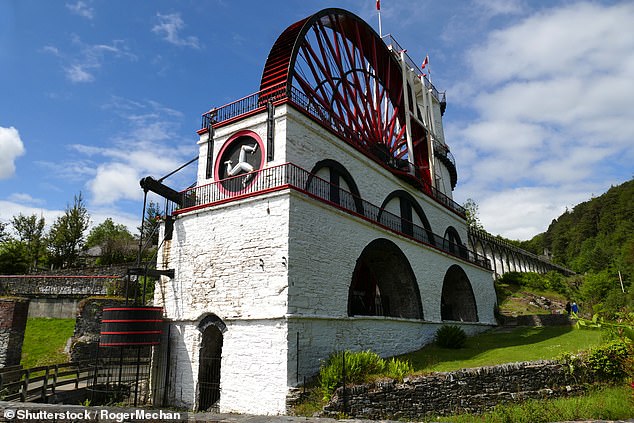 Secretive: The UK – and offshore financial centres such as the Channel Islands, the Isle of Man (pictured), Bermuda and the British Virgin Islands – may now have to restrict access

Ministers have pledged to tackle the use of shell or ‘front’ companies for financial crime and terrorism by subjecting them to more public scrutiny, not less. A second Economic Crime Bill going through Parliament will force company owners to verify their identity after long-running criticism about the accuracy of corporate registers.

However, lawyers argue that the UK – and offshore financial centres such as the Channel Islands, the Isle of Man, Bermuda and the British Virgin Islands – may now have to restrict access following the European Court of Justice ruling.

‘There is a real possibility that the UK registers are in contravention of UK law [as that law is derived from the EU],’ said Filippo Noseda at Mishcon de Reya, a law firm acting for claimants in the ECJ case.

Moran Harari, of the Tax Justice Network, said: ‘We urge EU governments to not accept a return to the dark ages of dirty money.’

However, that call seemed to fall on deaf ears this weekend as Ireland became the latest EU country to block public access to its company records – joining the Netherlands, Luxembourg and Austria.

Two unidentified owners of companies registered in Luxembourg brought the landmark case to the ECJ after objecting to personal details being made available in public documents.

The court found that ‘the public’s access to information on beneficial ownership constitutes a serious interference with the fundamental rights to respect for private life and to the protection of personal data’.

‘The pendulum finally appears to be swinging back towards privacy and security,’ said Michael Hanson at Bermuda law firm Carey Olsen.

But Dame Margaret Hodge, who chairs the cross-party Anti-corruption Committee, said the ruling was ‘a terrible blow’ and ‘utterly out of touch’ with a consensus that transparency was the best antidote to ‘dodgy’ corporate behaviour. She added: ‘Citizens have a right to know the identity of those who own firms or hold property in the UK.’

Guernsey, Jersey and the Isle of Man had pledged to open registers by the end of next year, but said they were now considering the ruling.