Payouts from UK companies surged in the first quarter of the year with shareholders lining their pockets just as many Britons are squeezed by the cost of living crisis.

Dividend payments rose by just over 14 per cent in the three months to the end of March to £12billion, according to data from asset manager Janus Henderson.

Oil companies were the ‘main driver’ of the rise in payouts during the period as they posted soaring profits amid a surge in energy prices as a result of higher demand and supply disruptions caused by the end of pandemic restrictions and the war in Ukraine. 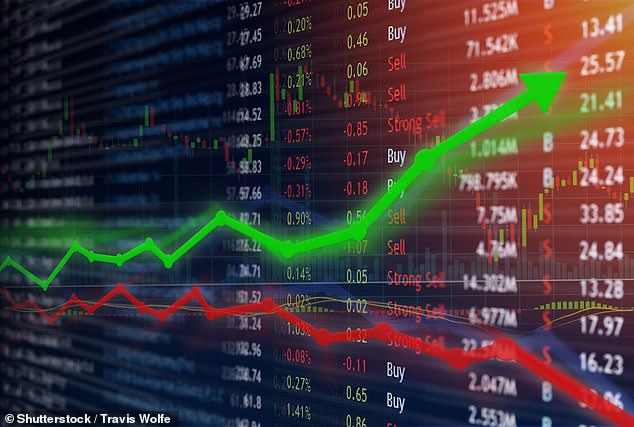 Pay-outs: Dividend payments rose by just over 14% in the three months to the end of March to £12bn, according to data from asset manager Janus Henderson

Healthcare and telecom companies also helped to lift the figures as AstraZeneca posted the first hike in its dividend in nearly a decade and BT restored its own payout after a two-year hiatus.

The rise in payouts for City investors, particularly those from oil and gas companies, is likely to fuel demands for a windfall tax to make UK corporates contribute as household budgets are squeezed.

Russ Mould, investment director at AJ Bell, said while the economic case for windfall tax was ‘not clear’, such policies ‘can look like good politics as the cries gather for the Government and central bank to “do something” about the surge in the cost of living.’

‘It would now be a bigger surprise if we did not see a windfall tax on big oil than if we did,’ Mould said, adding the bosses of major energy firms ‘should really be looking to get in early, rather than dodge the issue’. ‘

The oil companies should convene with the big utilities and agree upon a suitable payment,’ he said. 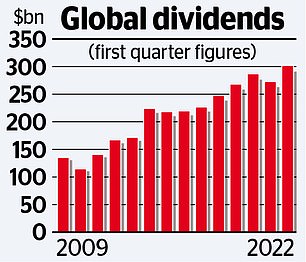 ‘This would be good politics and from Big Oil’s perspective good economics, too, as they are then in charge of the debate.’

Around 81 per cent of companies in Janus Henderson’s Global Dividend Index increased payouts during the period, while another 13 per cent held their payments at the same level.

However, Jane Shoemake, client portfolio manager at Janus Henderson, warned the impact on dividends from the macroeconomic challenges facing businesses could hurt payouts in 2023.

Share
Facebook
Twitter
Pinterest
WhatsApp
Previous articlePrince Andrew urged to bow out Royal Garter appearance for Queen 'Optics are not good!'
Next articleGUY ADAMS: What my brave little nephew's cancer battle taught me about how to help an ill loved one
RELATED ARTICLES
Business