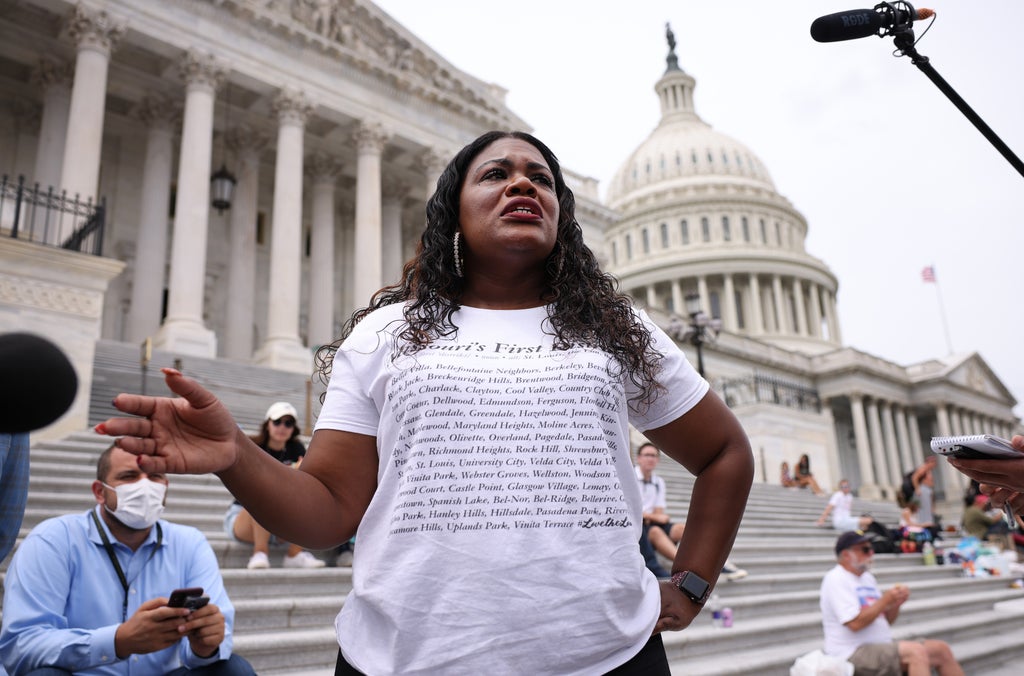 The Missouri representative, who has repeatedly called on her party to “defund the police”, spent just under $30,000 a month between mid-April and the end of June, according to Federal Electoral Commission filings.

Rep Bush, 45, hit back at critics who said she was hypocritical to retain private security officers while calling for cuts to police funding.

“They would rather I die?” she asked when asked about the spending by CBS News.

“You would rather me die? Is that what you want to see? You want to see me die? You know because that could be the alternative,” she said.

A defiant Rep Bush said she would continue to hire security personnel because she has “too much work to do.”

“So suck it up, and defunding the police has to happen.

“We need to defund police and put that money into social safety nets.”

Republican critics took to social media to accuse the so-called member of the Squad, a group of progressive Democratic representatives, of rank hypocrisy.

“Bush says she’s important enough to have her own private security, but the police that protect the rest of America need to be defunded,” Georgia Congressman Jody Hice wrote.

“The arrogance is outmatched only by the insanity.”

Calls to “defund the police” emerged from the 2020 civil rights protests over the death of George Floyd.

Rep Bush is one of several left-leaning Democrats who have called for police forces to be stripped of some of their resources and for it to be redirected into social services such as mental health crisis facilities.

“Defund the police” also became a rallying cry for Republicans to taunt their Democratic opponents during the 2020 election, but was never considered a viable policy platform within the party.

On Thursday, White House press secretary Jen Psaki said that President Joe Biden did not support defunding the police during a press briefing.

“He has said that throughout his campaign for office. His record over the last several decades has made that clear,” Ms Psaki told reporters.

“’There may be some in the Democratic Party, including Congresswoman Bush, who disagree with him – that’s OK.

Rep Bush spoke to CBS News from the steps of the Capitol where she camped out for several nights this week to protest the end of the rent eviction moratorium.

In an 11th hour decision, the Biden administration extended the eviction moratorium in areas with high rates of coronavirus transmission.

Rami Malek responds to complaints about No Time to Die runtime