Doctors must stop over-prescribing as if there is a 'pill for every ill', NHS chief says

Doctors must stop over-prescribing as if there is a ‘pill for every ill’ so money can be better spent on tackling waiting lists, NHS chief says

Family doctors must stop over-prescribing and acting as if there is a ‘pill for every ill’, the NHS medical chief has demanded.

Too many patients are taking an unnecessary cocktail of drugs that risk harmful side-effects and waste millions of pounds, Professor Sir Stephen Powis warned.

The NHS medical director said the money could be better spent on tackling record waiting lists.

Many patients have missed out on medicine reviews over the past two years as family doctors slashed face-to-face appointments.

At least 15 per cent of the population – 8.4million people – take more than five drugs a day, with primary care prescriptions costing the NHS in England £9.7billion a year. 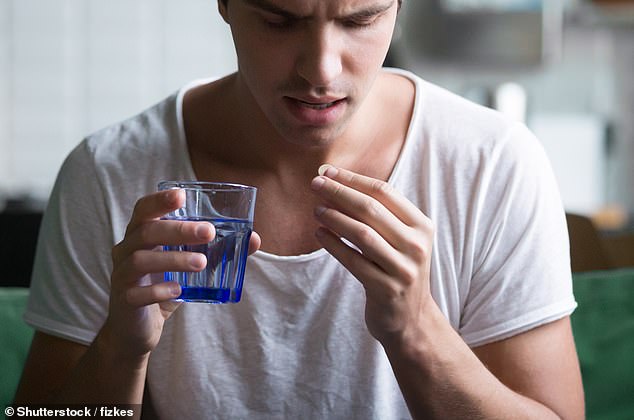 Too many patients are taking an unnecessary cocktail of drugs that risk harmful side-effects and waste millions of pounds, Professor Sir Stephen Powis warned

A review last year found a 10 per cent reduction in prescriptions is realistic, suggesting the NHS could save almost £1billion a year on waste.

Furthermore, 6.5 per cent of all hospital admissions are caused by adverse drug reactions at an estimated cost to the NHS in England of £2billion a year.

Speaking at the NHS Confed Expo conference in Liverpool, he said: ‘The approach of “a pill for every ill” should never be a starting point. Reducing unnecessary prescriptions is more important than ever.

‘The NHS is rolling out expert pharmacy teams who can give advice to patients.’

‘And that’s where the extended work of perhaps community pharmacists can bring additional capacity.’

Sir Stephen’s comments came as health leaders launched a ‘Beyond Pills’ campaign that highlights the benefit of ‘social prescribing’.

This involves referring people to the likes of art, gardening and exercise classes to improve health.

Campaigners say dispensing in primary care doubled from ten prescription items per head per year in 1996 to 20 in 2016.

Dr Michael Dixon, chairman of the College of Medicine and medical adviser to Prince Charles, said : ‘A new medical mindset is needed, which goes to the heart of true health care. The possibilities of social prescription are limitless.’

The Beyond Pills campaign wants social prescribing to be ‘embedded’ throughout doctors’ training curriculum and incentives for reducing the unnecessary use of drugs.

Meanwhile, patients aged over 75 and those with long-term conditions or on multiple drugs are being encouraged to get their prescriptions reviewed annually.

Caroline Abrahams, charity director of Age UK, said: ‘Many older people live with multiple and complex health problems and too often the option they’re given is to take increasing amounts of medication.’