Doja Cat claims she’s QUIT her music career after backlash from Paraguay fans for canceling show due to deadly storm: ‘I can’t wait to disappear’

Doja Cat has claimed she is ‘quitting’ music after receiving backlash from her Paraguay fans on social media.

The Woman hitmaker went on a rant and apologized for not putting on a ‘good enough show’ after performing in Brazil on Thursday night.

However, fans in Paraguay then came for the rapper on Twitter calling her our for cancelling a show a week before and not issuing them any kind of apology.

Although that concert was canceled due to a deadly storm, Doja still received backlash, prompting her to go on Twitter rant and change her handle on the micro-blogging site to ‘i quit’. 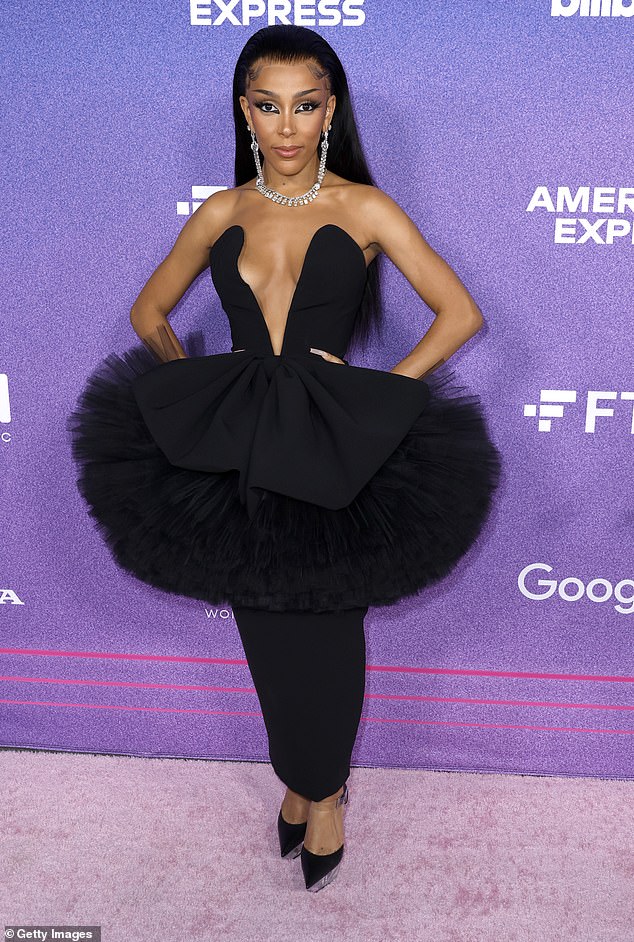 Doja Cat claims she’s QUIT her music career after backlash from Paraguay fans: Furious rapper hits out after cancelling show due to deadly storm (Pictured above this month)

According to screenshots of the since-deleted posts that have been posted by fans on the micro-blogging site, Doja hit back after fans complained about standing outside in the rain to meet the Say So star after her Paraguay show was cancelled because of a storm, only for the rapper not to appear.

The deleted posts include: “There was a storm in Paraguay, the show got canceled. When I left the next morning, there wasn’t one person outside the hotel waiting for me.’

‘Let that sink in …I regret spending all the time I did getting ready that day for the show I’ve been busting my a** every day to put on for you but god bless. (sic)’

Responding to fans in another removed post, Doja said ‘music is dead’ and asked to be unfollowed.

She later added: ‘I don’t think I gave Brazil a good enough show tonight at all and I’m sorry for that but thank you guys for coming out I f****** love you and thank god we got another show tomorrow I promise I’ll do better. (sic)’ 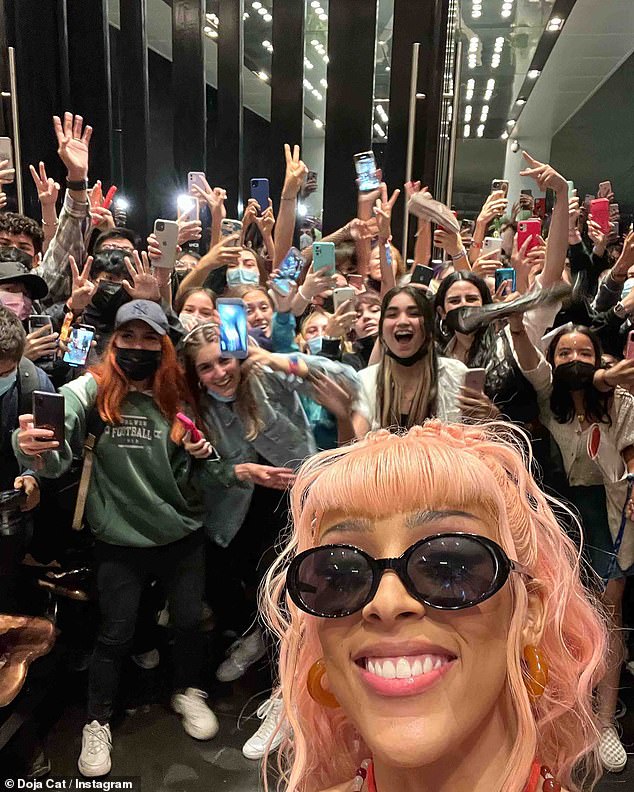 Meeting the fans: Doja posted this selfie with her fans in Chile earlier this week