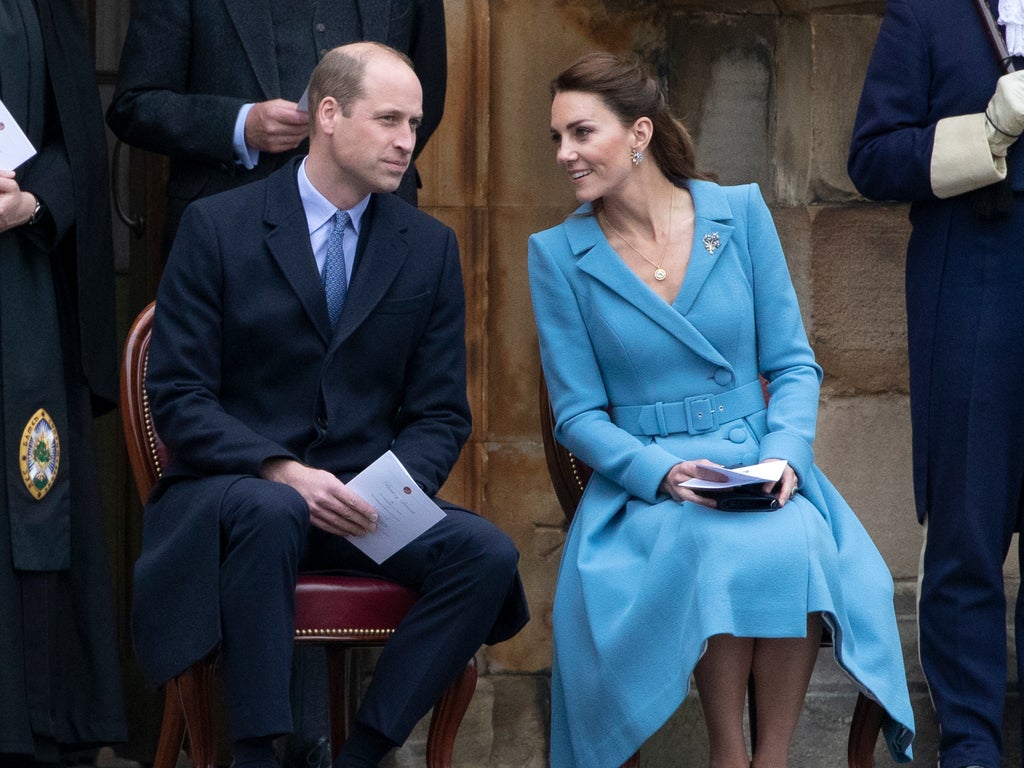 The Duke and Duchess of Cambridge have reportedly opted for a UK-based summer holiday this year with a staycation in the southwest of England.

According to a report in Hello! magazine the couple and their three children, Louis, Charlotte and George, are spending their holiday in the Isles of Scilly.

The isles, which lie just off the coast of Cornwall, are known for their sandy beaches and clear blue waters.

It is the second year in a row that the family has chosen the location for their summer holiday due to coronavirus restrictions on international travel.

As noted by Hello!, last year the family were spotted cycling in Tresco, the only one of the five inhabited islands that is privately owned.

It is unclear how the royals made their way to their holiday location, which is only accessible via an aeroplane or ferry.

William has been visiting Tresco Island since he was a child. In 1989, Prince Charles, Princess Diana, Prince Harry and William were photographed on a family bike ride while there on holiday.

Even before the pandemic, William and his family regularly opted for UK-based vacations.

In 2019, two fans of the royals claimed to have met the duchess while she was visiting Keswick in Cumbria.

“She said that her children love coming here and walking in the fells. She told us how nice the Lake District was and how lucky we were to live so close to the mountains,” Jack Mumberson, who was 11 at the time, told Hello!.

Aside from their holidays in Cornwall, Prince William and Kate also regularly spend school holidays at their home, Anmer Hall.

The countryside estate, which is in Norfolk, was given to the couple as a wedding gift from the Queen.