Eiza Gonzalez put on a sizzling display as she stepped out on Tuesday night with some of her closest gal pals in Los Angeles.

The 32-year-old actress modeled a semi-sheer maroon striped coord, complete with a ruched crop top that showcased her chiseled abs.

She slipped her slim pins into a pair of matching bootcut pants with high-waisted shapewear beneath them to protect her modesty. 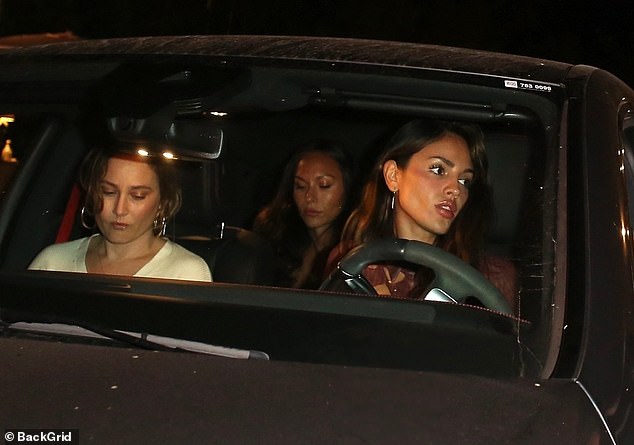 Girls’ night! Eiza Gonzalez put on a sizzling display as she stepped out on Tuesday night with some of her closest gal pals in Los Angeles

She strolled along the bustling LA streets in a pair of black patent leather mules and she kept a beige leather purse tucked under her arm.

Gonzalez’s wavy brunette hair was worn down and tucked behind her ears to reveal a a pair of sparkly drop earrings.

The starlet and her pals were first spotted driving around the West Hollywood area, with Gonzalez in the drivers seat of her black luxury vehicle.

The trio grabbed dinner at the San Vicente Bungalows, which is a members-only club frequented by Hollywood’s latest and greatest. 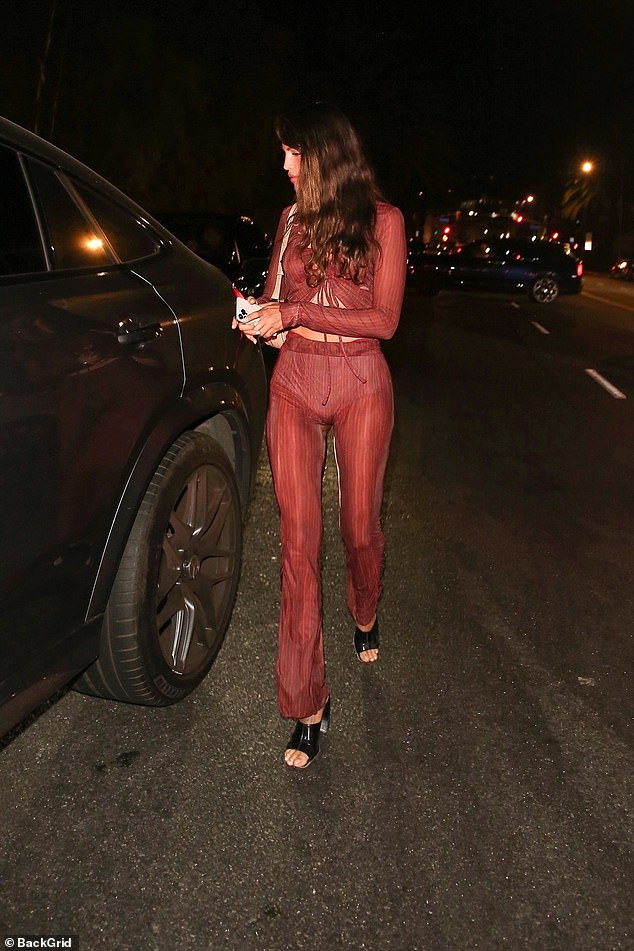 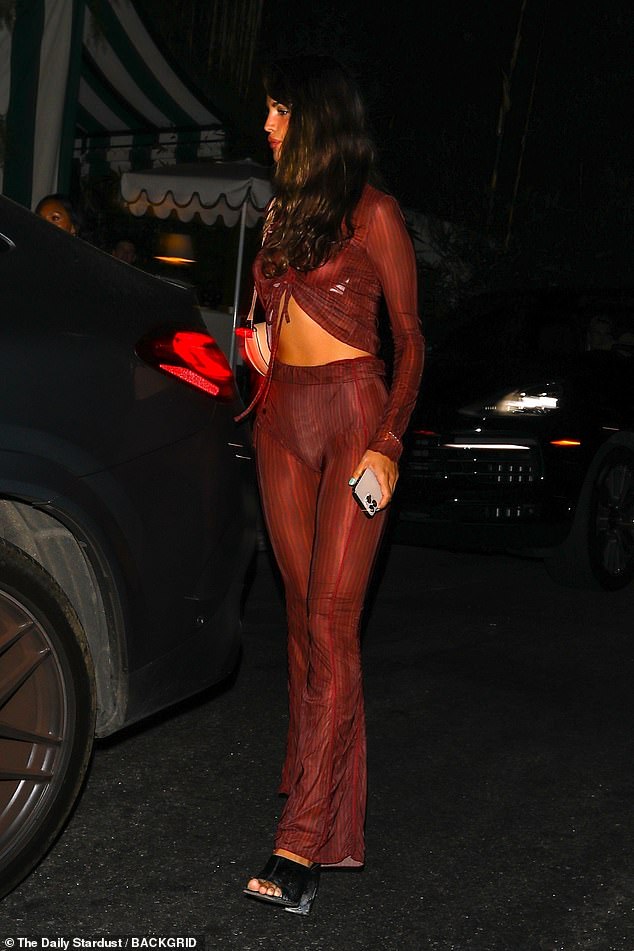 Finishing touches: She strolled along the bustling LA streets in a pair of black patent leather mules and she kept a beige leather purse tucked under her arm

Earlier in the day, Gonzalez caught the eyes of her 7.5 million Instagram followers as she shared outtakes from a new Bulgari campaign.

She stunned in black and white images captured by Greg Williams for Elle magazine.

The Ambulance actress wrote in the caption, ‘@elleusa with the utterly talented @gregwilliamsphotography for @bulgari.’

The Mexican-born actress wore various, eye-catching black outfits for each of the shots, giving them a sophisticated feel.

In the first photo she held up her arm to reveal an intricate, three-tiered snake bangle on her wrist.

It was teamed with matching large-sized stud earrings that she showed off with her hair tucked behind her ears.

A second outtake showed Gonzalez – who hails from Mexico City – in a skintight velvet bodysuit.

The post continued with Eiza styled in a striking fur coat and hat combination, with the dramatically large bucket-style accessory covering her eyes.

She draped the coat over her body, holding it closed as one side fell off her shoulder.

Eiza’s neck was was adorned with a standout necklace that was encrusted in jewels—another snake-style piece.

The entertainer put on an artful display as she posed with a piece of sparkling jewelry in her mouth, creating seductive imagery.

She’s been working with the brand for more than a year and she posted a closeup shot of a Bulgari necklace she wore to an Ambulance premiere back in June.

In July 2021 the stunner was announced as the first Latin American ambassador for the company. 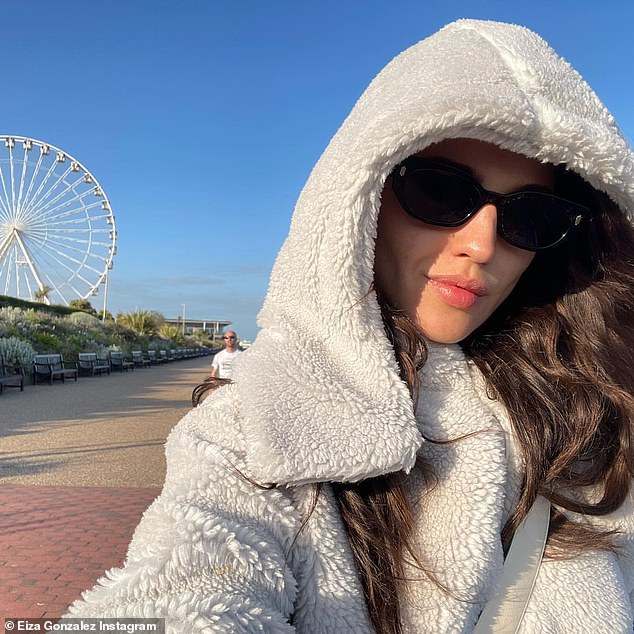 Reflective: Last week she posted a series of pictures from her time working on The Three Body Problem

Aside from her successful brand partnership, the performer has been busy with acting work.

Last week she posted a series of pictures from her time working on The Three Body Problem.

She wrote in the caption, ‘I can’t believe I’ve finally wrapped S1 of The Three Body Problem. ?!!?!’

Reflecting on her time filming she added, ‘This might be the most emotional and insane 10…11? months of my life. Blood sweat and tears [were] left in this.

‘This job has been humbling and an exercise of growth, and even though I cant share anything from our show (all in due time) this time in England (I’ll miss you) has been insanely cathartic to say the least.’ 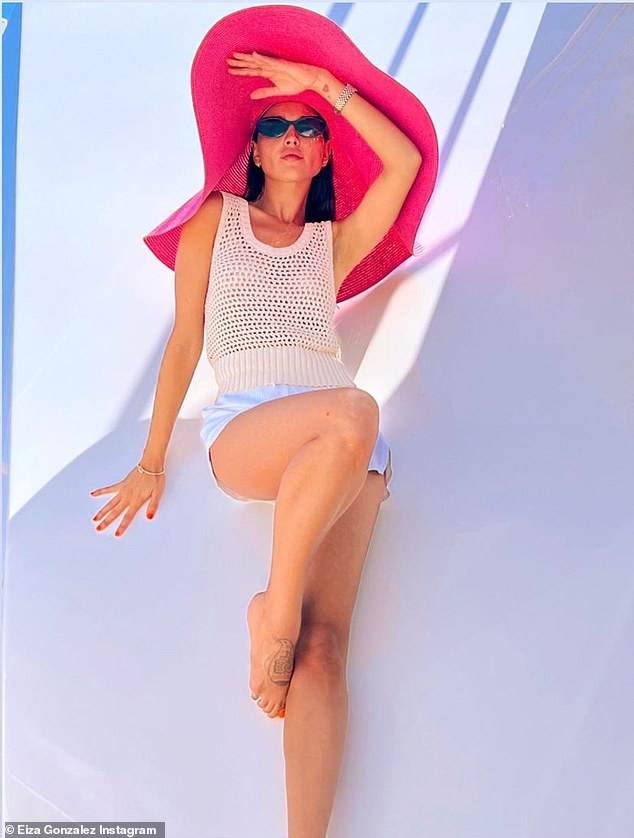 Top of her game: The actress has been busy working on an upcoming Netflix series that she recently wrapped

Speaking to her fans she added, ‘I really cannot wait for all of you to experience this amazing, beyond belief show! Thank you to our entire crew on your relentless work. I love my cast.’

Then she shouted out the behind-the-scenes creatives of the forthcoming Netflix sci-fi series as she said, ‘I love D.B Weiss, Benioff, Alex Woo and Rose [Cartwright]. See ya in another dimension.’ 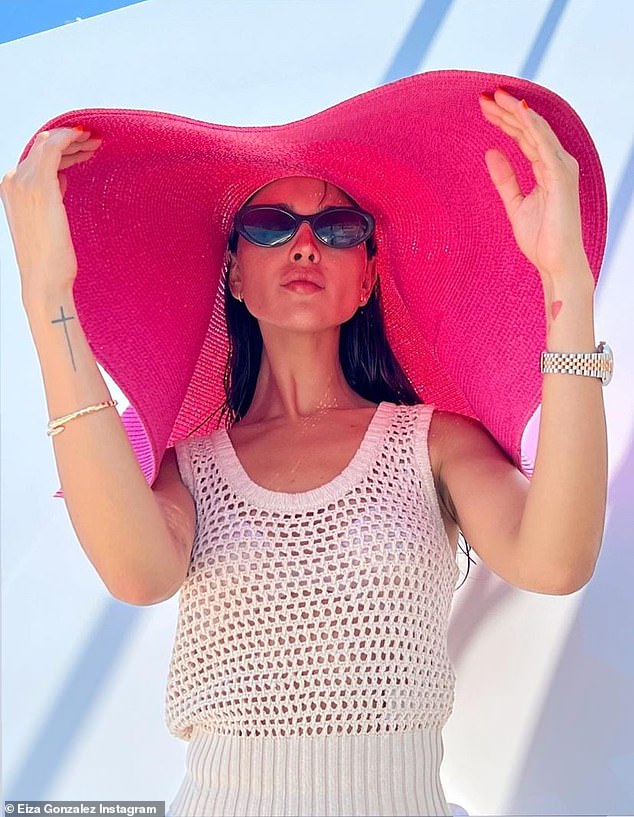