The stars were out in force on Thursday evening as Dame Joan Collins’ celebrated her milestone 88th birthday and 20th wedding anniversary in unison at London’s Claridge’s hotel.

The legendary actress was surrounded by industry friends – and at least one old foe – while hosting the event with husband Percy Gibson at the exclusive Mayfair address.

Liz, 56, looked stunning in a plunging red gown that fully exposed her cleavage as mother and son made their way inside. 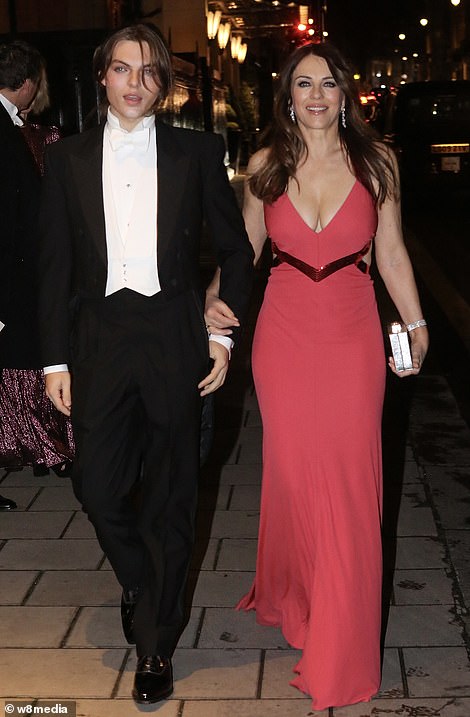 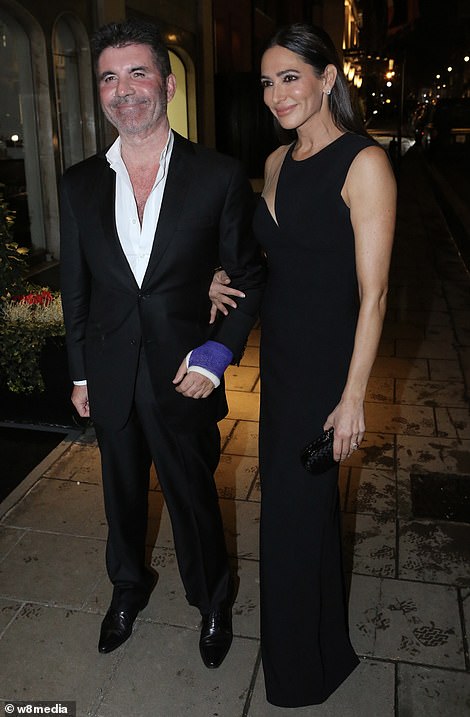 Side by side: Elizabeth Hurley and son Damian (L) were joined by Simon Cowell and his fiancée Lauren Silverman (R) on Thursday evening as they helped Dame Joan Collins celebrate her 88th birthday with a host of celebrity friends in London

Ensuring he claimed his own share of the spotlight, Damian, 19, looked dapper in a black dinner jacket and matching trousers.

The young model added to his look with a white waistcoat, shirt and bow-tie as he helped Joan celebrate her special day.

Earlier that day the iconic British actress celebrated her twentieth wedding anniversary with husband Percy Gibson and she hinted the secret to domestic bliss is having ‘separate bathrooms’. 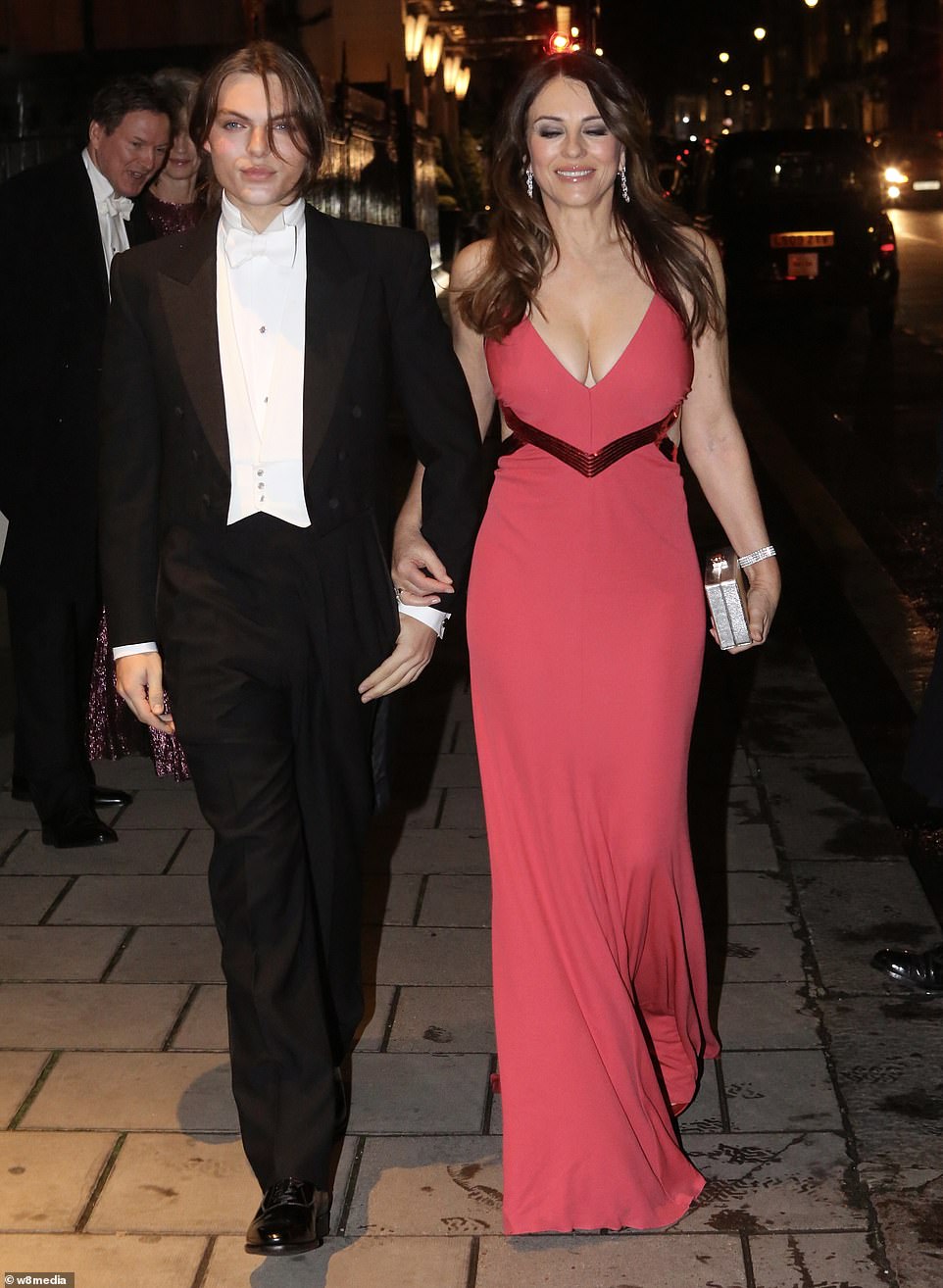 Here they come: The actress arrived at Mayfair address Claridge’s on the arm of lookalike son Damian ahead of the event, held in honour of legendary Joan’s milestone

The acting legend married handsome producer and her fifth husband Percy, 56, on February 17 2002.

On Thursday Joan – who is 32 years older than Percy – told fans how happy they were after two decades of living together.

Posting up a throwback from their big day, Joan wrote: ’20 years ago today #ahubby and I tied the knot and have been happily married ever since #20thanniversary #togetherness #happymarriage.

She then added with laughing emoji : ‘#separatebathrooms.’ 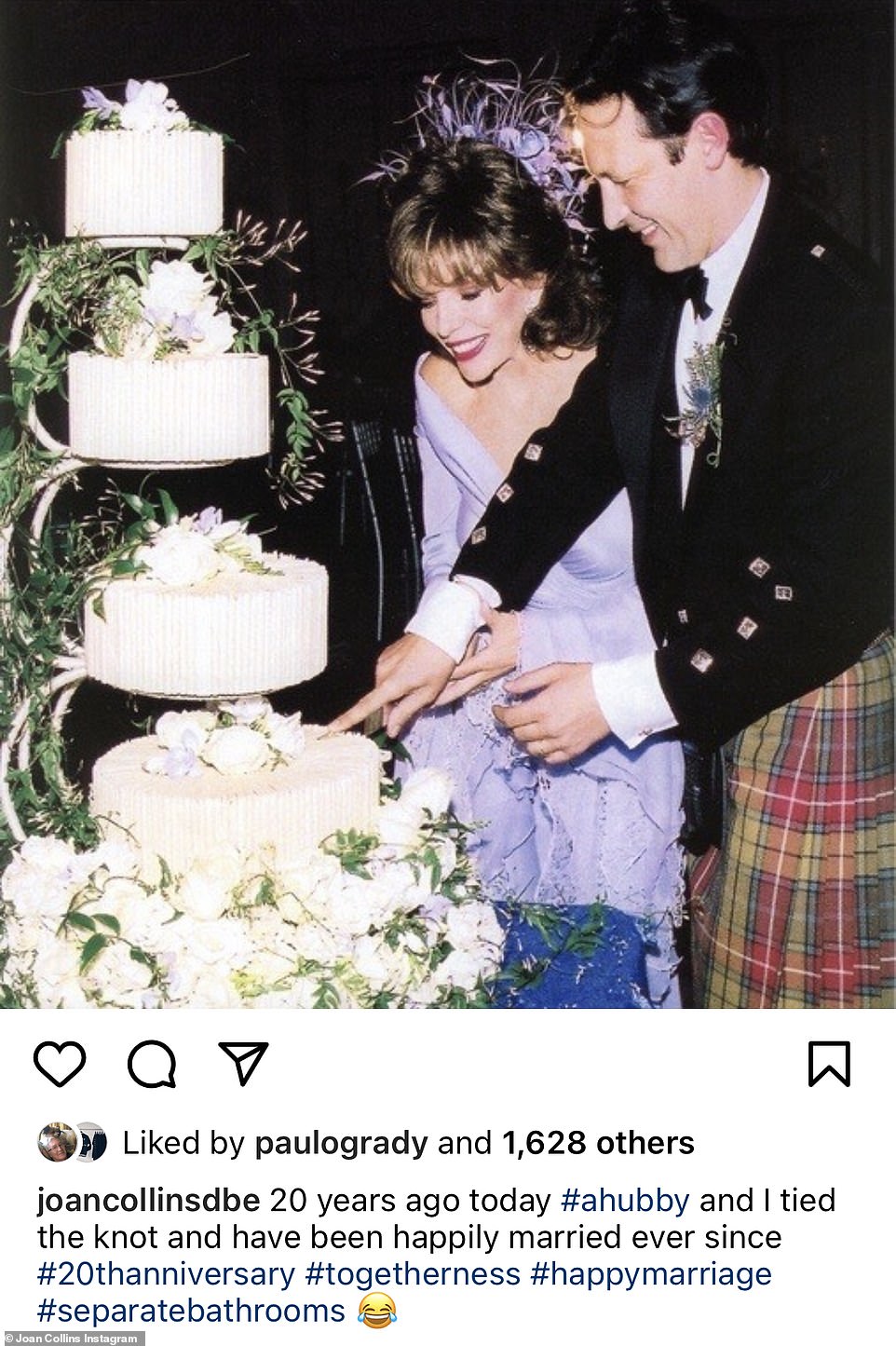 Love: Dame Joan also celebrated her twentieth wedding anniversary with husband Percy Gibson on the same day, and she hinted the secret to domestic bliss is having ‘separate bathrooms’ 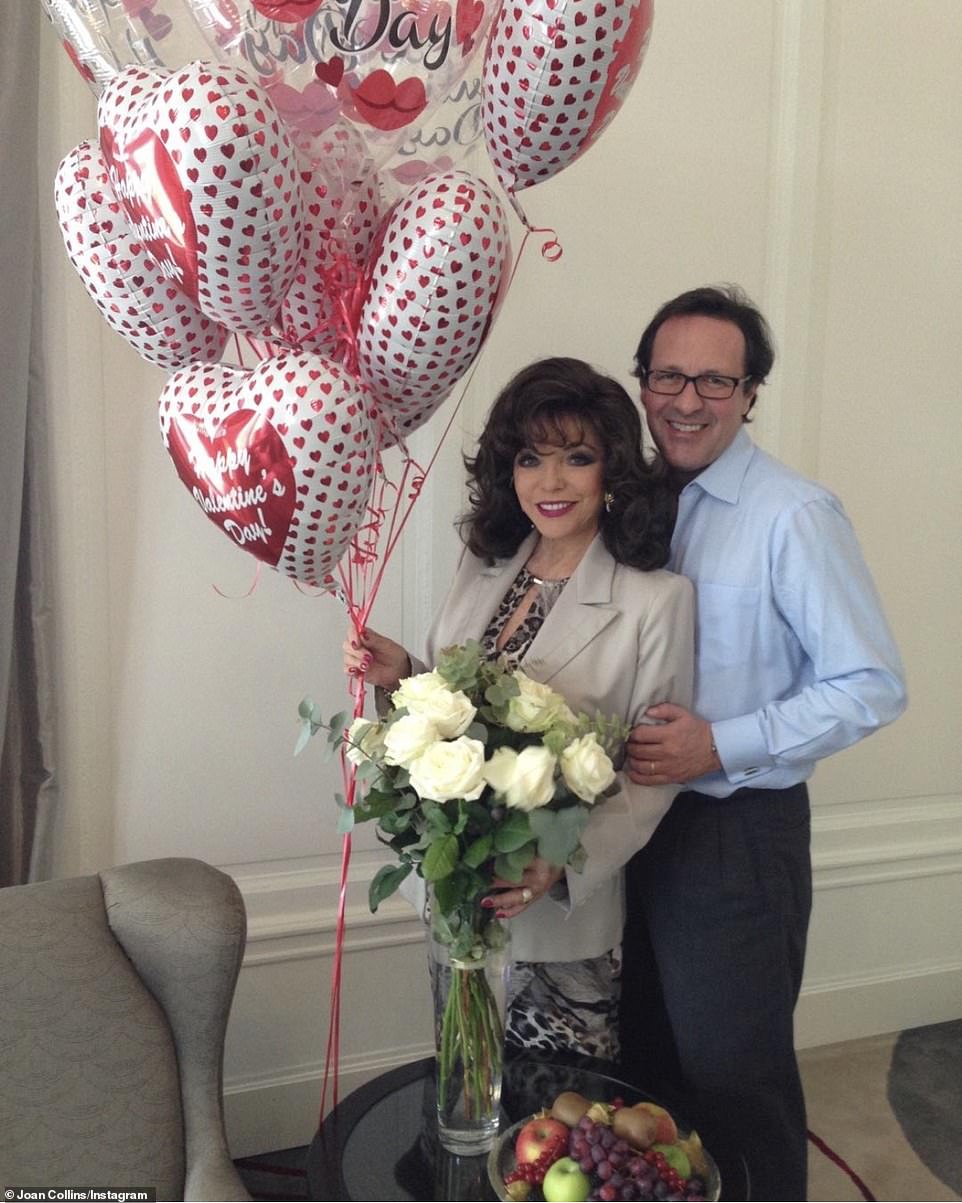 Cute: The two met during a theatre production and at the time Joan admitted she ‘wasn’t interested in getting married again’ at first, but then changed her mind (pictured on Valentine’s Day)

Earlier this week they celebrated with a pre-anniversary party with ex Bond girl Susie Vanner.

The two met during a theatre production and at the time Joan admitted she ‘wasn’t interested in getting married again’ at first, but changed her mind after they became close friends and insisted her current marriage is ‘for good’.

It comes after the screen legend revealed she felt like she was ‘in jail’ during the UK lockdown. 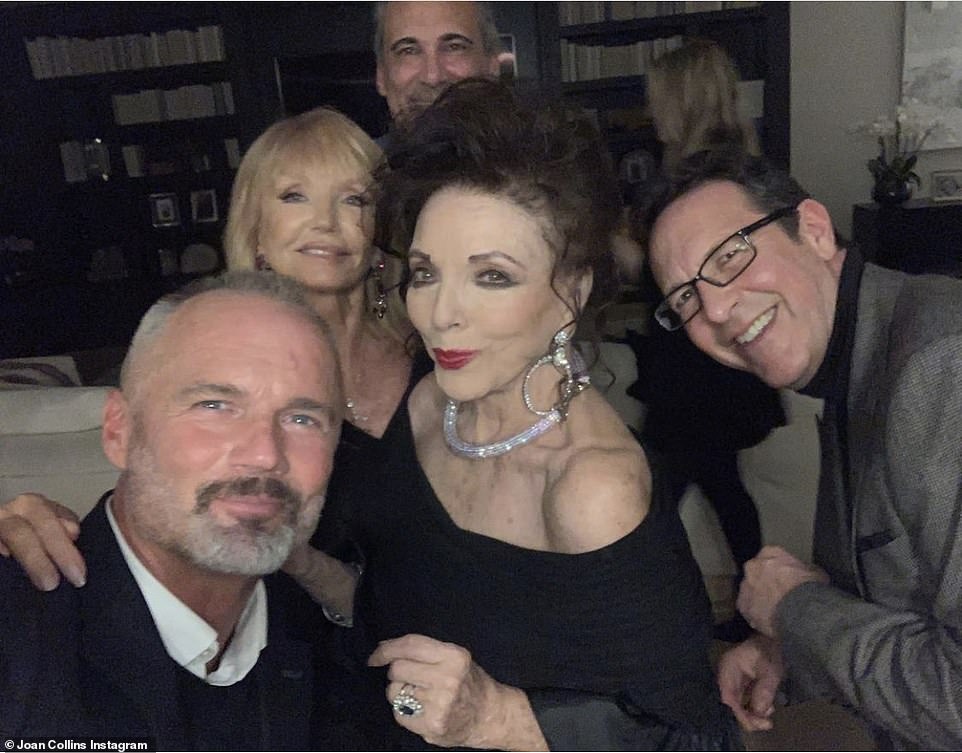 She spent the early months of the coronavirus pandemic in London but as soon as international travel was permitted, she relocated to France with her husband Percy Gibson because she felt so frustrated.

She said: ‘I was in London for most of the time. But after the three-month period from March 2020, I went to the south of France, as I have a house there.

‘I found London difficult because I felt like I was in jail, not knowing when I was going to get out.’ 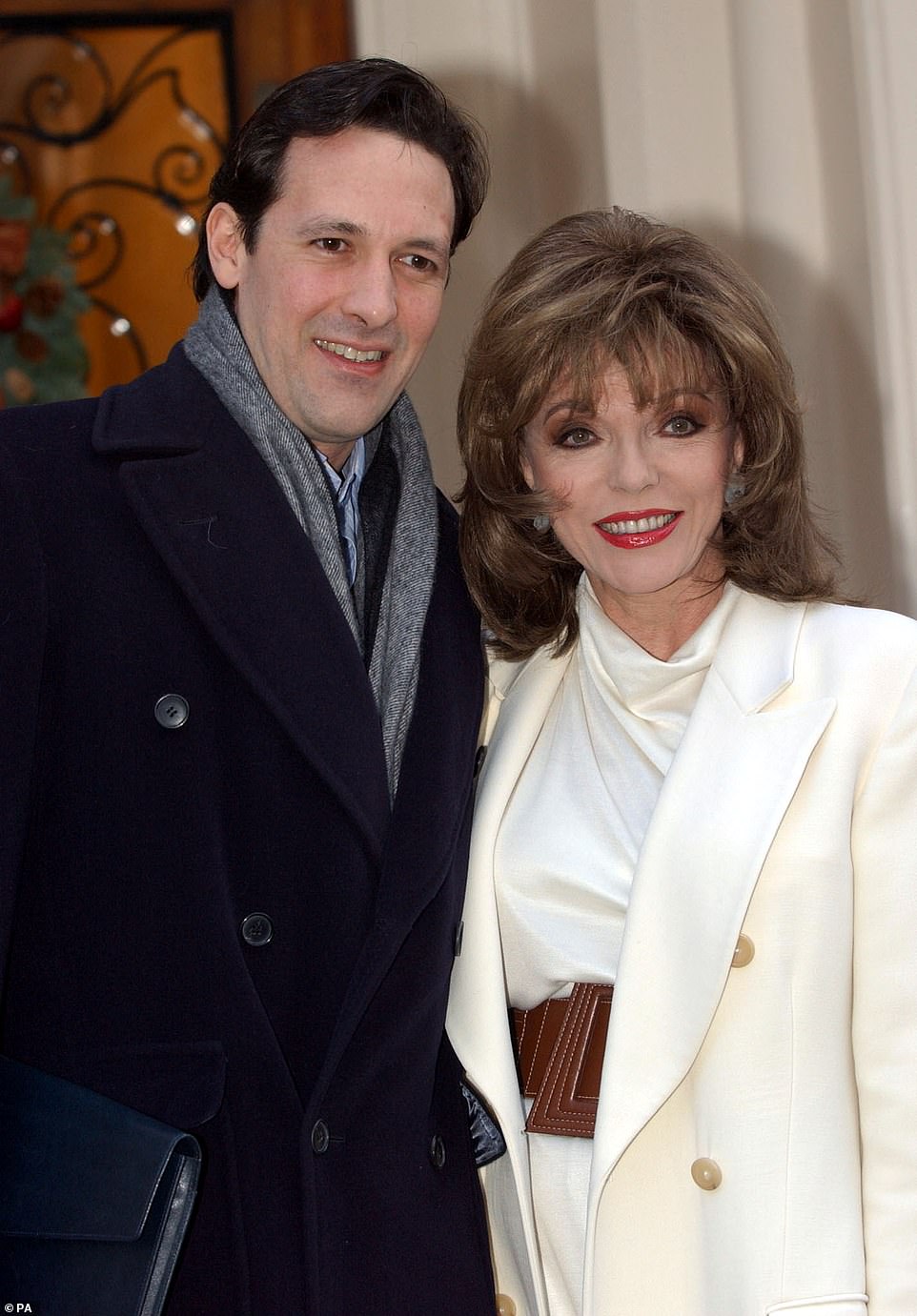 Iconic couple: Dame Joan and Percy are pictured together in 2001 just after announcing that they were set to marry in a ceremony in London

Joan spent a ‘ridiculous’ amount of time watching TV and admitted she gained weight because there was nothing to do but eat and drink.

She said: ‘Of course I was [in tracksuits] weren’t we all? I gained about half a stone. I was eating as much as possible because aside from drinking bottles of wine and polishing off chocolates – what else was there to do?

‘I also watched endless television – it was ridiculous. I watched nine hours one day.

‘I would watch the morning programmes and read all the papers, so that would take me up to lunchtime.’ 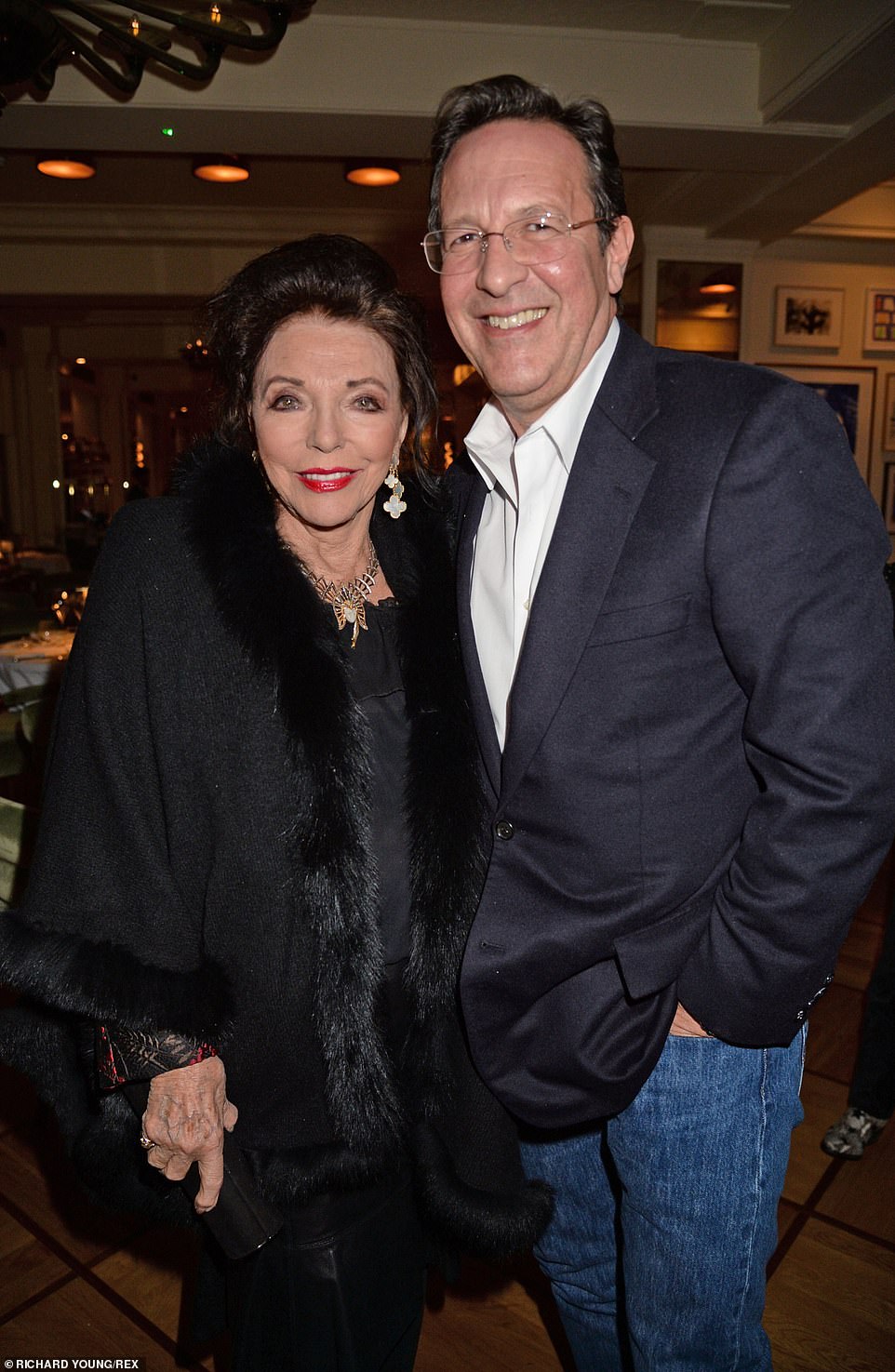 Loved-up: It comes after Joan revealed that she relocated to France with her husband Percy during the pandemic because she felt so frustrated