Emily Ratajkowski kept it casual as she enjoyed a walk in New York Monday.

The model, 31, looked comfortable in sneakers, jeans and displayed her toned arms and midriff in a pumpkin spice toned tank crop top as she walked her Husky-German Shepherd mix Colombo. 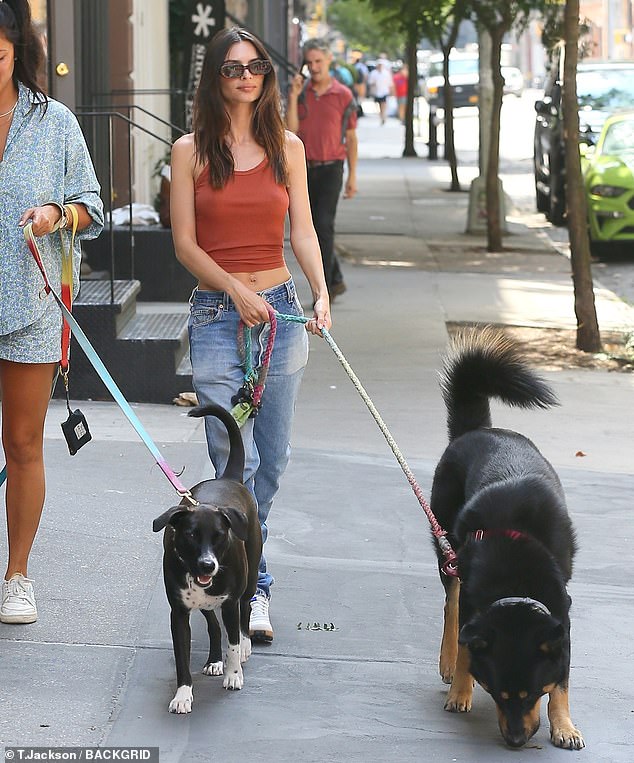 Her brunette locks were styled in straight layers that lay gently about her shoulders.

She and Colombo were joined by a friend and her dog for the trek through the Soho area.

The I Feel Pretty actress was seen without her wedding ring, again, as stories of her separation with her husband, Sebastian Bear-McClard, 34, have been swirling. 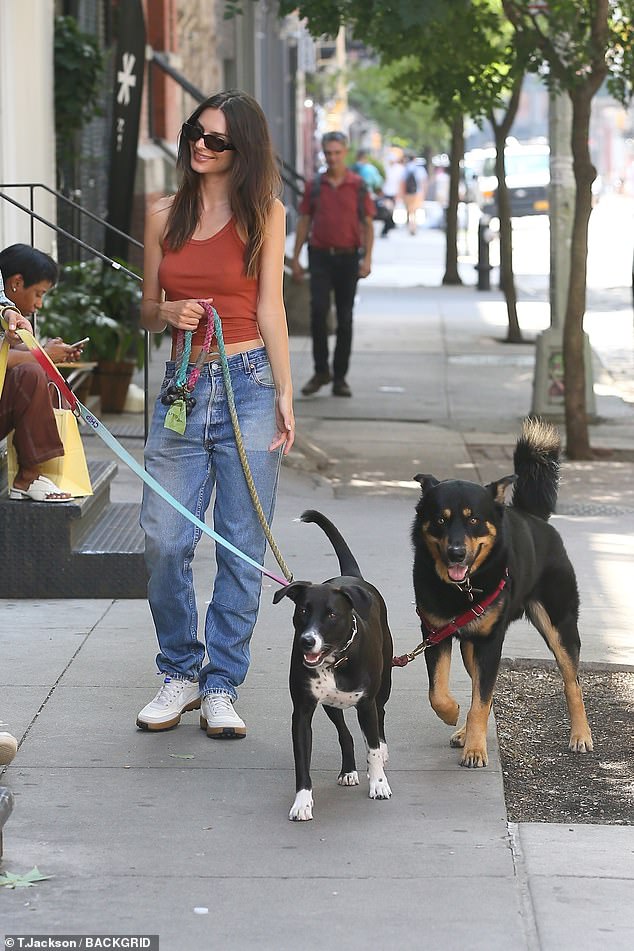 Casual : The model kept it casual  with her hair styled in straight layers, minimal makeup and large, dark sunglasses for the trek through the Soho area

US Weekly The Uncut Gems producer, who sometimes goes by Sebo Bear McClard, has reportedly been spotted in The Hamptons spending time with friends.

The publication also claimed a source has confirmed the break between the couple who have been married since 2018.

They tied the knot in a courthouse ceremony shortly after meeting each other. 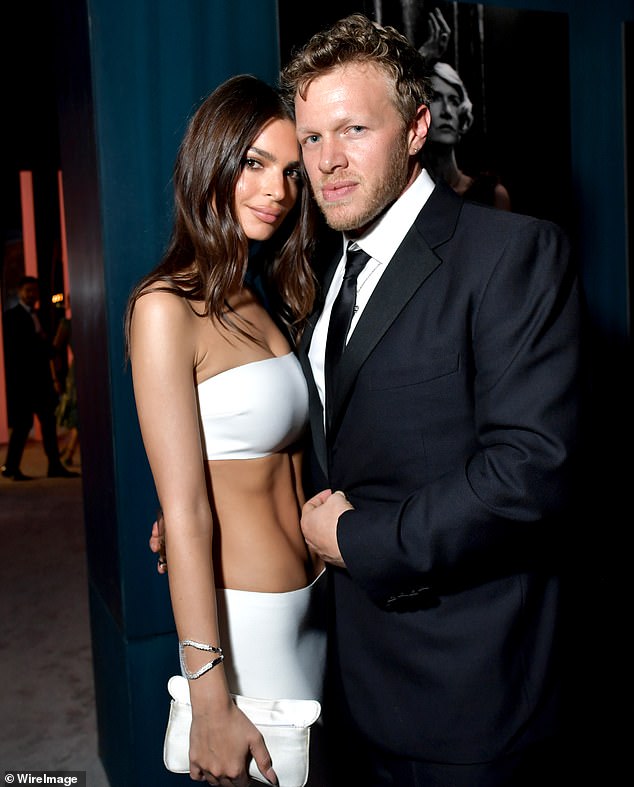 Marriage troubles: The My Body author has stopped wearing her wedding ring, leading to speculation about trouble in her marriage to husband, Sebastian Bear-McClard, 34 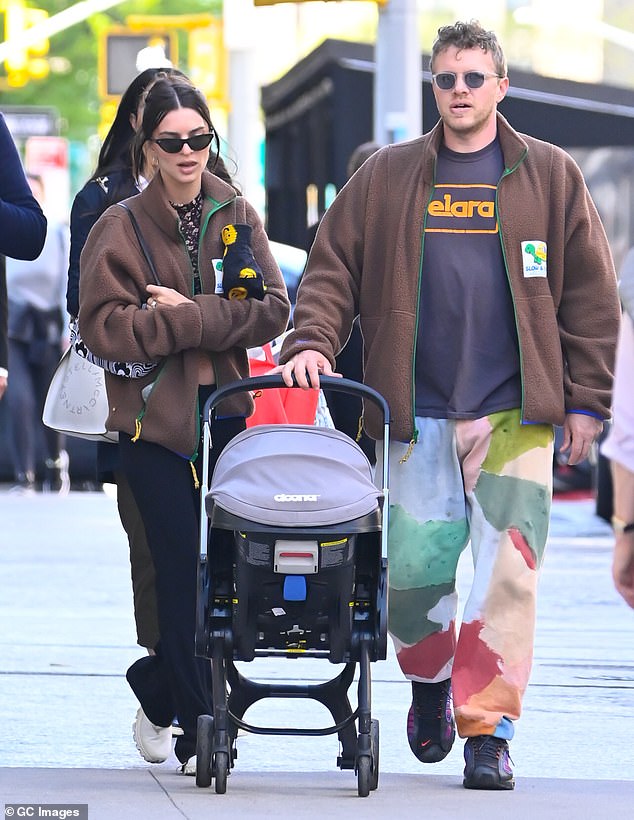 Parents:  The couple are parents to 17-month-old son Sylvester. They have both been spotted taking the boy on walks, separately, in recent weeks

Neither Emily nor Sebastian have yet to speak publicly about their relationship. They are parents to 17-month-old Sylvester. Both have been spotted recently taking the boy on walks, separately,  lending credence to the idea that they are figuring out how to co-parent amid allegations of Sebastian’s infidelity.

Another source contends the estranged husband wants to salvage the marriage, but may be fighting an uphill battle to save the relationship.

‘Sebastian is trying for a second chance with Emily,’ claimed the source, ‘but she doesn’t want to get back together.’