Emily Ratajkowski liked a glamorous post by Kim Kardashian on Thursday – one day after it was revealed she is now dating  the reality star’s ex Pete Davidson.

The supermodel, 31, was snapped in a loving embrace with Pete, 29, on Wednesday after a source revealed how he had fallen for the beauty’s ‘intelligence’ – three months after he split from Kim, 42.

Kim posted throwback snaps in a glittery bikini top and pants from her botched 42nd birthday celebrations – with Emily quick to show her support for the star. 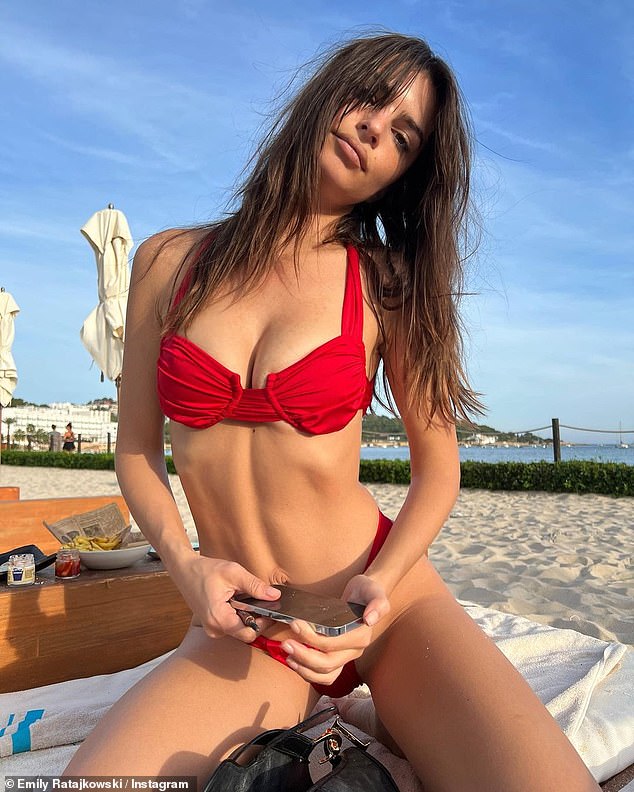 WOW: Emily Ratajkowski liked a glamorous post by Kim Kardashian on Thursday – one day after it was revealed she is now dating the reality star’s ex Pete Davidson

The pair memorably posed for a topless bathroom snap together back in 2016.

Pete and Kim dated for nine months from November 2021. Pete’s romance with Kim, came after the actor built himself a reputation as one of Hollywood’s most prolific lotharios, having dated a string of other A-list women including Ariana Grande (who famously boasted about his ’10 inches’ and ‘big d*** energy’), Kate Beckinsale, Kaia Gerber, Margaret Qualley and Phoebe Dynevor.

The former Saturday Night Live star and the model were captured on a date in New York City, just days after rumors of a romance between them first began to swirl – with Emily even carrying a wrapped gift for the birthday boy in her hand, a book from West Village-based book store Three Lives & Company.

However, while Pete and Emily both appeared delighted to see one another, their first public outing together was not without its hiccups. 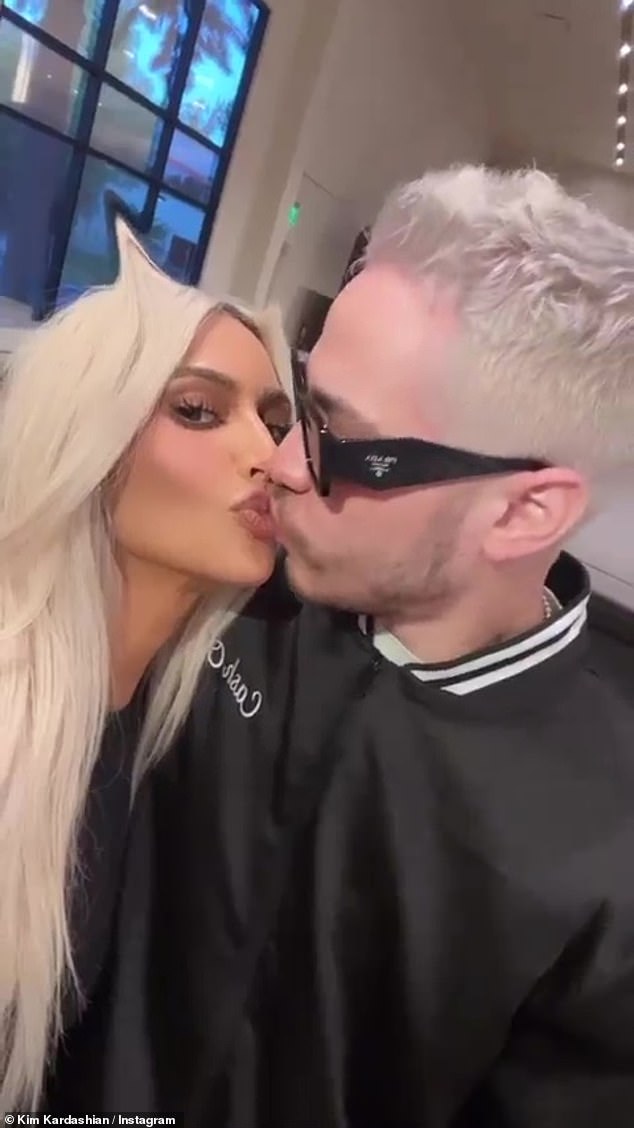 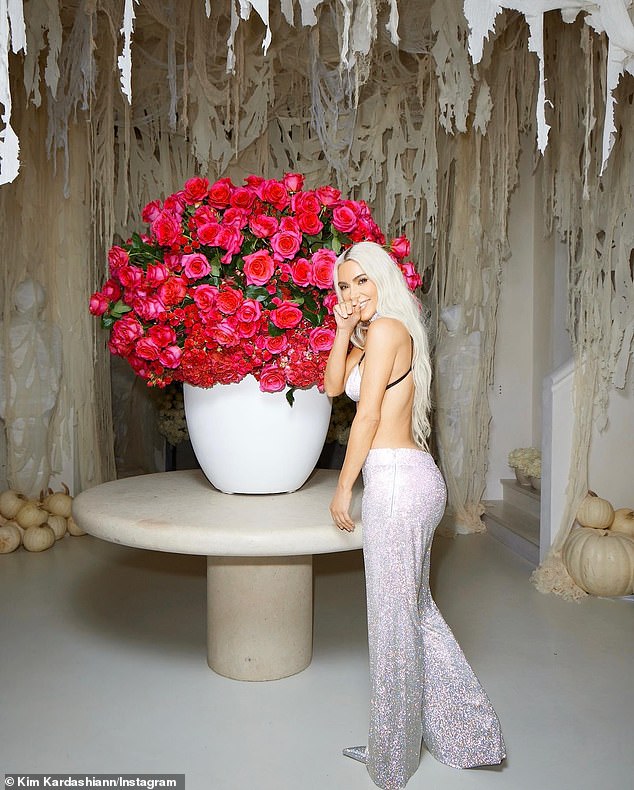 Liked: Kim posted throwback snaps in a glittery bikini top and pants from her botched 42nd birthday celebrations – with Emily quick to show her support for the star

According to witnesses, the comedian arrived at the model’s West Village apartment in his Mini Cooper – with Emily stepping out into the street to meet him. But when photographers ‘swarmed the couple’, Pete seemingly got spooked and drove off – leaving his date standing in the street alone.

Undeterred, Emily later got into an Uber, which drove her to a location in Brooklyn, where she once again met up with Pete, with the two seen sharing a very intimate embrace in the lobby of a residential building.

A delighted Pete couldn’t wipe the smile off his face as he pulled the model into a hug, before ushering her down the hallway of the building.

After celebrating the birthday boy’s special day, Emily was later seen returning home to her own apartment solo, carrying a water bottle in her hand in place of the gift she had given her supposed new beau.

Emily was last linked to DJ Orazio Rispo, who she was seen passionately kissing in New York City last month, following her split from Bear-McClard in September.

She is living in a new apartment in New York City after leaving the one she shared with Sebastian over the summer. 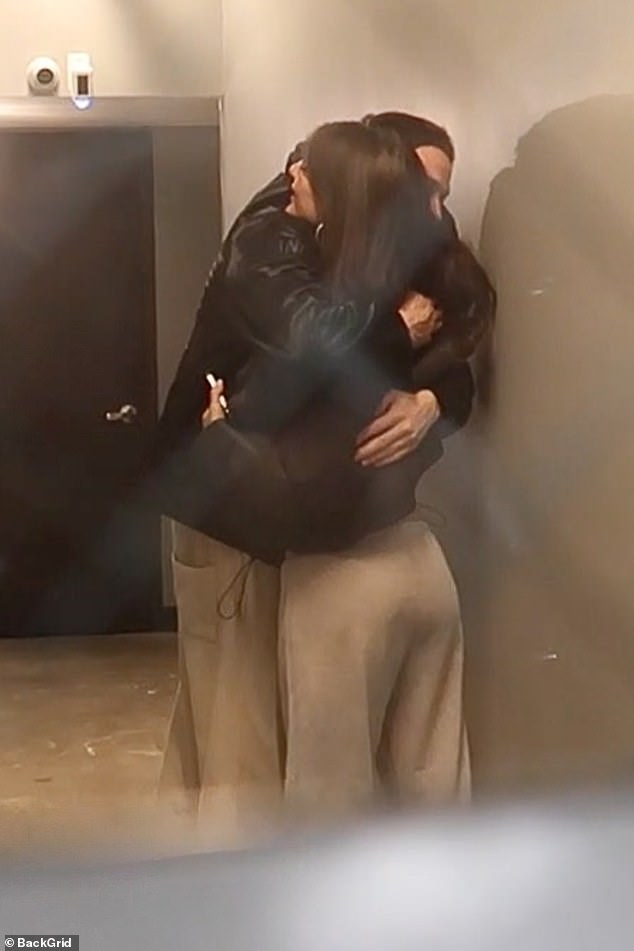 New couple alert! The revelation comes after Emily confirmed her romance with Pete by sharing a loving embrace 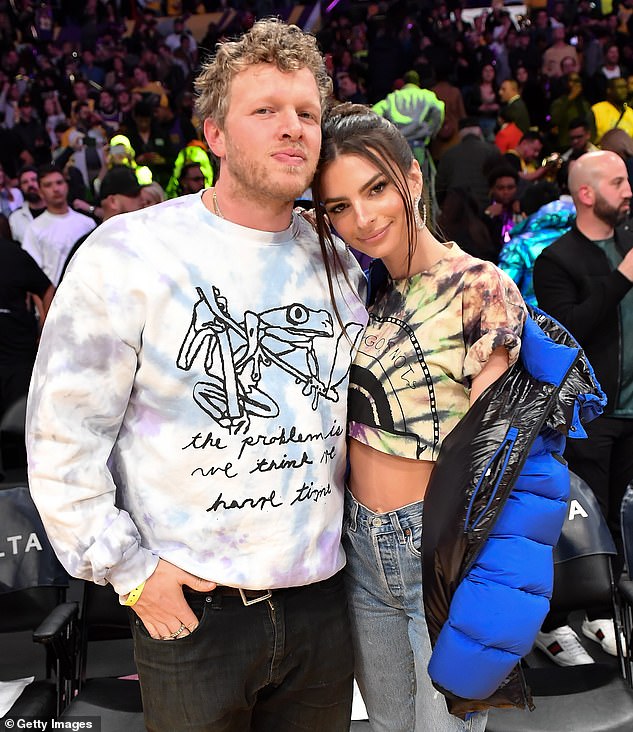 The ex: She has split from husband Sebastian Bear-McClard, whom she shares her so with; seen in 2020 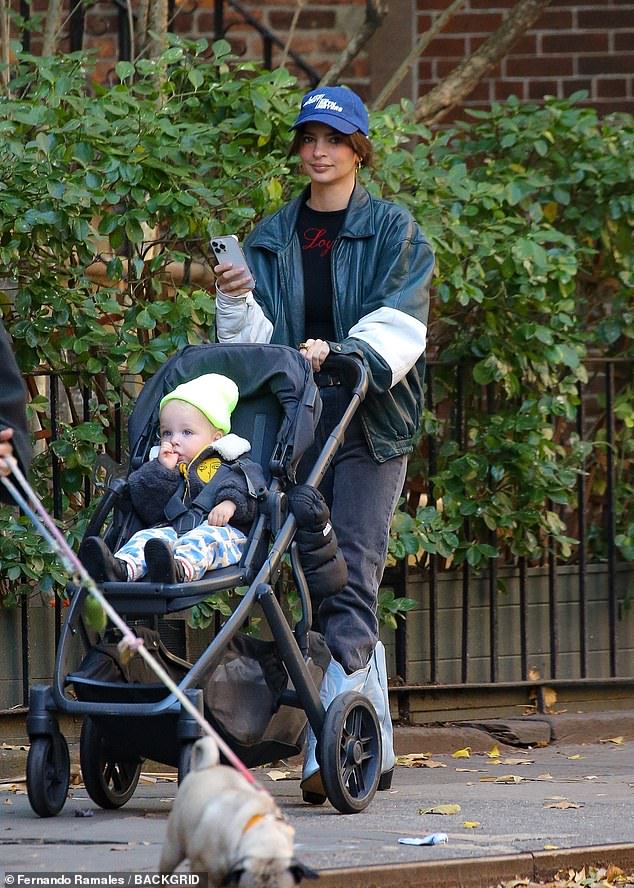 Stepping out: Emily donned a baggy jacket and baseball cap to stroll with her son Sylvester on Friday in NYC 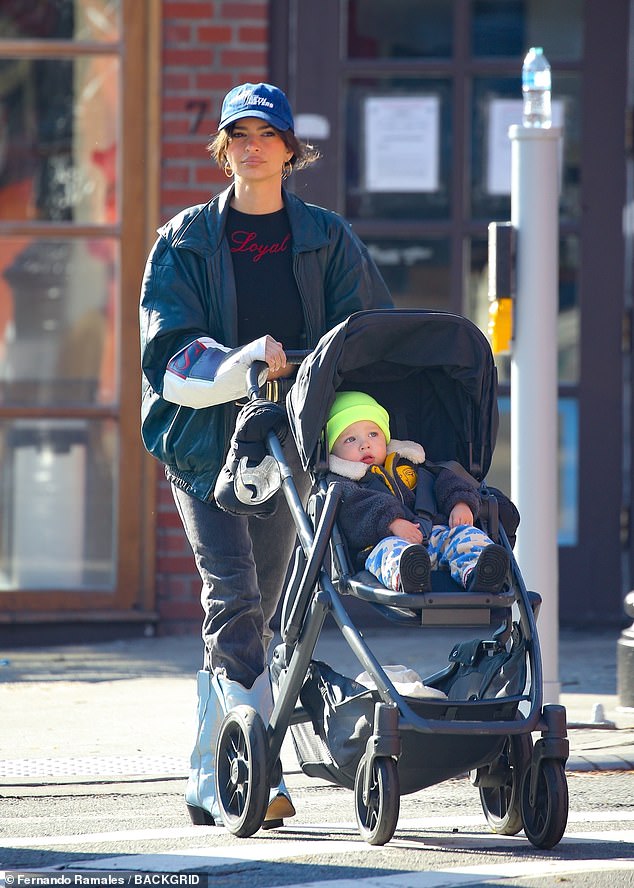 Cute: The star was a doting mom as she strolled with her son

The siren has also been romantically linked to Brad Pitt.

At the time, it was reported that the model had made the decision to leave her film producer husband over claims that he was a ‘serial cheater.’ A source told Page Six at the time, ‘It’s gross. He’s a dog.’

Comedian and social media influencer Claudia Oshry also spoke out about the situation during an episode of The Morning Toast podcast, in which she claimed Sebastian’s infidelity was an open secret in the industry.

‘It’s, like, known that her husband has cheated on her and they’re filing for divorce,’ she said, adding that when the couple officially confirms their separation, it will not come as a surprise to anyone.

Emily, who shares a one-year-old son with Sebastian, named Sylvester Apollo Bear, then filed for divorce in September.

In the wake of her divorce proceedings, there had been talk that Emily was involved in a romance with Brad, but she seemed to shut these rumors down with her very public display of affection with Orazio.

Emily and Sebastian, who is best known for producing movies Uncut Gems, Good Time, and Funny Pages, were first linked on Valentine’s Day in February 2018 – one month after news had hit the web that she had split from her boyfriend Jeff Magid after three years together. 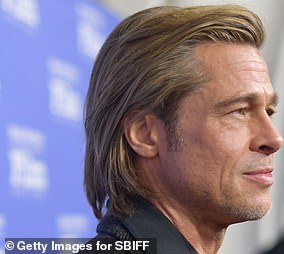 Could it be? It has been reported that Emily and Brad have been hanging out ‘a few times’. But it’s also been claimed that Brad is officially single and has been pictured out with a few people

Emily and the creative director and menswear buyer were snapped together at events during their relationship, including an outing in New York – but they soon went their separate ways. 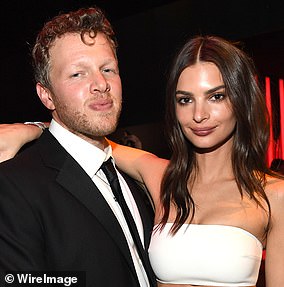 One more chance: Emily Ratajkowski’s husband Sebastian Bear-McClard is reportedly ‘begging her to give him another chance’ Pictured 2020

Emily and musician, composer, and record producer Jeff are said to have grown close after she had to deal with a nude photo hacking scandal, shortly after her split from Andrew but work commitments drove them apart.

Emily and Sebastian, a producer and director, started dating soon after she split from Jeff in early 2018. They married in a New York courthouse after a whirlwind romance in February 2018 and she welcomed their first child, Sly on Mar. 11, 2021.

In July 2022, it was reported they had split and Emily filed for divorce on September 8. It was reported that tSebastian had allegedly being unfaithful, but this has not been confirmed.

It has been reported that  Emily and Brad have been hanging out ‘a few times’. But it’s also been claimed that Brad is officially single and has been pictured out with a few people.

Emily told Variety this month: ‘I’m newly single for basically the first time in my life ever. I just feel like I’m kind of enjoying the freedom of not being super worried about how I’m being perceived.’

October – Emily appears to come out as bisexual

Emily seemed to confirm her bisexuality in a TikTok video. A TikToker asked: ‘If you identify as bisexual do you own a green velvet couch?’ The video then cut to Ratajkowski, who smiled at the camera before panning to her large velvet green couch.

Last month Emily packed on the PDA with Orazio during a date night in NYC – with DailyMail.com exclusively revealing his identity.

The pair was seen giggling with one another, locking lips, starring into each other’s eyes, and sharing a romantic embrace as they strolled through Manhattan, after enjoying an alfresco dinner date.