Queensland radio personality David ‘Luttsy’ Lutterall has shed new light on his relationship with Olympic relay gold medallist Emily Seebohm confirming she was in a ‘very tough place’ when they began dating in 2019.

Speaking exclusively to the Daily Mail Australia, Lutteral – who appears on Nova’s top-rated breakfast show in Brisbane – confirmed he began dating Seebohm soon after her famously messy split from Mitch Larkin and acknowledged that the champion swimmer was battling to overcome the previous break-up. 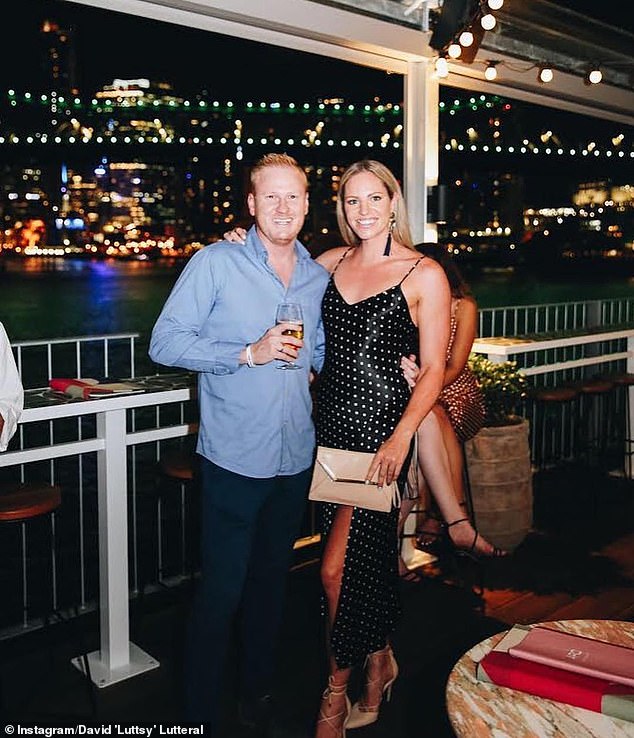 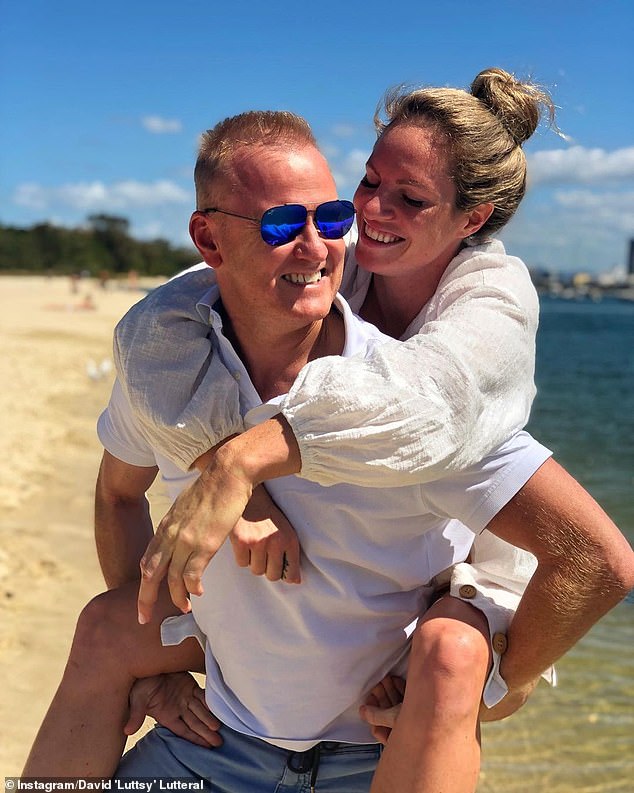 ‘I didn’t delve’:  Luttsy admits Seebohm struggled to recover from her earlier split in 2018

‘Yes she always said that…I didn’t delve in but it must have been pretty crook,”  Lutteral told the MailOnline on Tuesday.

‘(So) quite extraordinary (was) her Tokyo comeback.

‘Athletically that was one of the strongest things I have ever seen.

‘She came back from a really tough place.”

Appearing on the current season of I’m A Celebrity Get Me Out Of Here, Seebohm has laid bare the crushing details surrounding her split from Larkin whom she dated from 2016 to 2018.

The pair – once one of swimming’s glamour couples – both swam for Australia at the Rio Olympics and at one point trained together under the same coach before Seebohm went public with claims the couple broke up after she caught him cheating.

Larkin has always vehemently denied this.

Speaking about the emotional toll the break-up took on her both mental and physically, Seebohm revealed in the jungle that she developed an eating disorder in the months after the split. 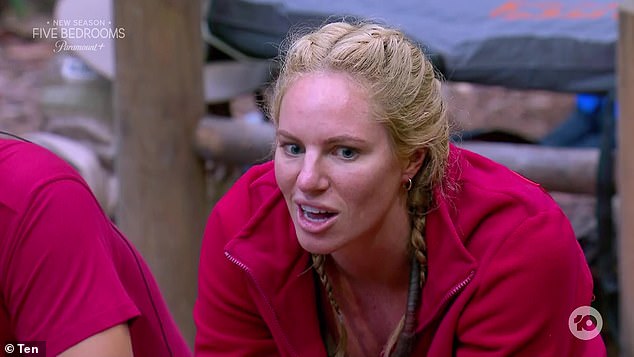 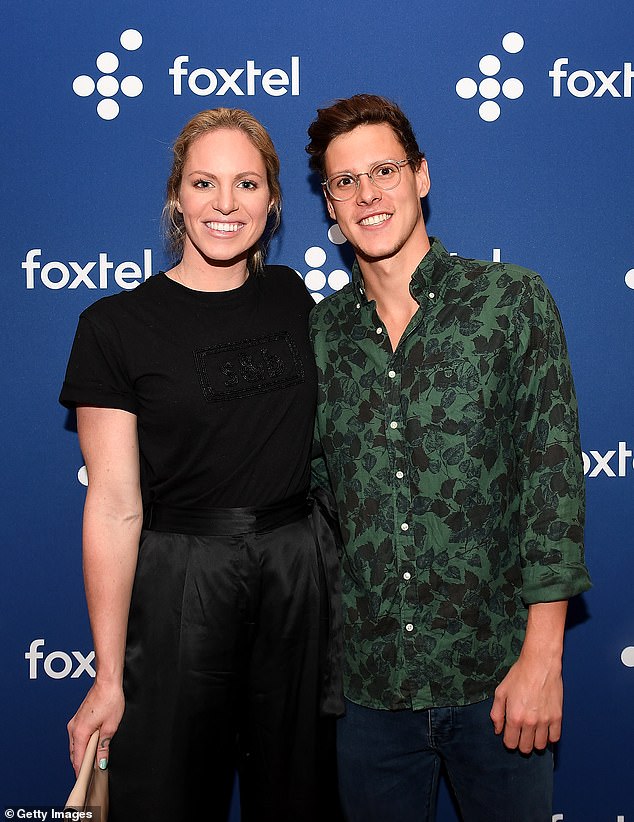 Swimming glamour couple: Seebohm and Larkin both dated and trained together between 2016 and 2018 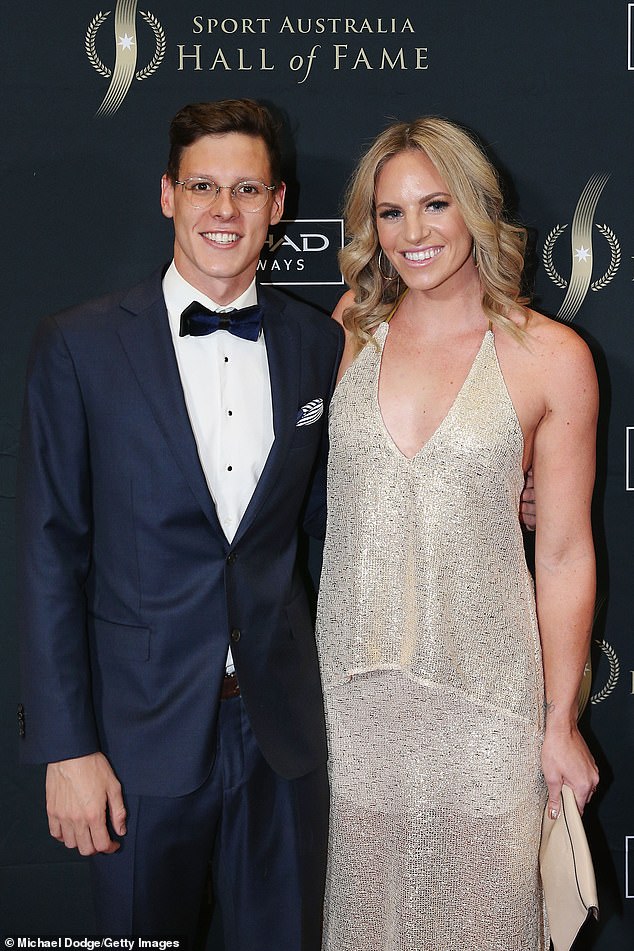 ‘I never cheated’: Seebohm insists she caught Larkin cheating however he has always denied this

And in an interview with Woman’s Day published this week, the 29-year-old backstroke star said she and Larkin ‘mutually agreed never to talk or look at each other’ again, despite having to train together on the same swimming team.

‘Oh, we still have to see each other because we’re on the same [swimming] team, but it’s just silence whenever we’re around each other,’ she said.

‘We have a mutual agreement never to talk to each other again. Never talk, and never look at each other. It works out pretty well to be honest.’

Seebohm went on to find post-breakup solace with Lutteral after the pair – who share similalrly high profiles in their hometown of Brisbane – with the introduced via mutual friends while attending a sporting event back in late 2019.

They later parted on good terms in February last year.

Seebohm went on to make an epic Olympic comeback in Tokyo, helping the Australian women’s 4x100m medley relay gold and finishing an impressive fifth in the 100m backstroke final.

It came four years after a disappointing performance in Rio where she missed the final of the 200m backstroke final and placed seventh over 100m despite going into the Games as a gold medal favourite.

‘I’m very proud of her efforts in Tokyo,” Lutteral confirmed to Daily Mail Australia on Tuesday, adding that Seebohm would have been excused for walking away from swimming after the Rio Games.

‘In general terms almost every athlete I’ve known would have probably said enough is enough under similar circumstances…at that stage of an already decorated career.

‘(But) she’s got real heart and drive that comes from within that is incredibly rare even at that elite level.” 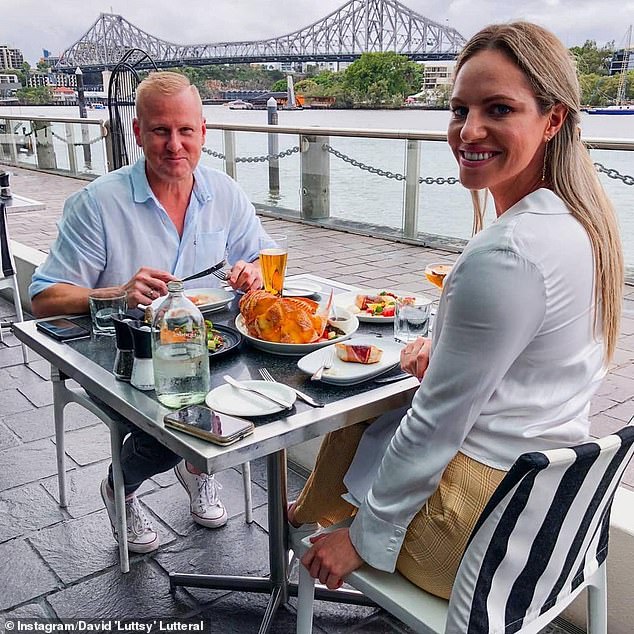 Happy times: Lutterall and Seebohm dated for just over one year 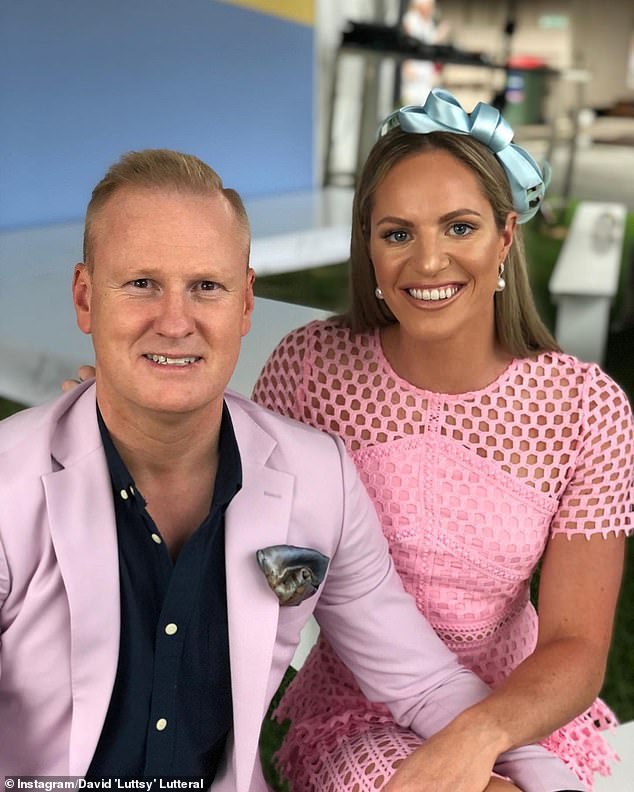 Social power couple: The pair were a social fixture in Brisbane before splitting in early 2021

Meanwhile Seebohm’s coach Michael Bohl confirmed Tuesday that the backstroke star has until February to make a decision about her swimming career and potentially compete for Australia again.

“We have agreed that she has until February to make a decision about moving forward which in this case would be swimming the Commonwealth Games later this year,” Bohl told The Daily Mail Australia.

“I’ve told her that if that’s the decision that she makes then from that point on there can be no indecision. 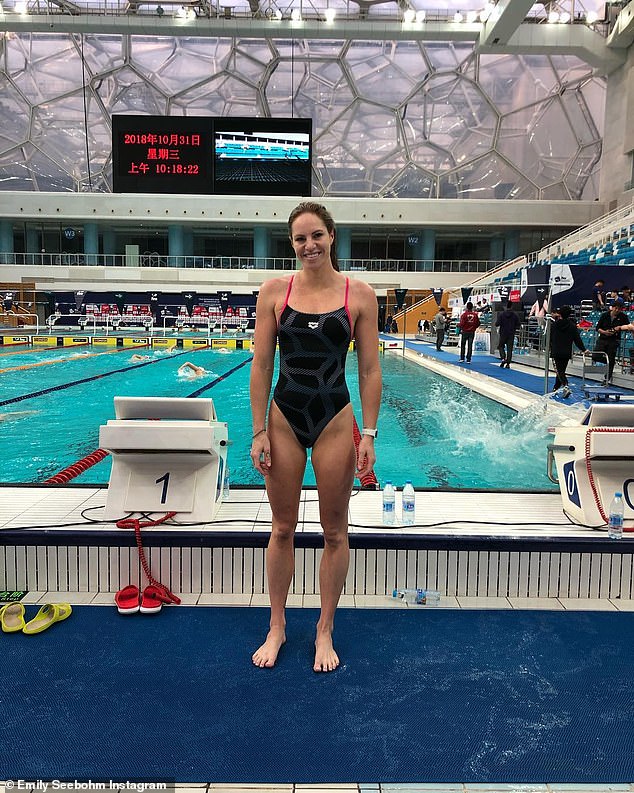 “It has to be maximum effort from there onwards.

“But she has always been the type of swimmer who puts in an amazing amount of effort so I have no doubt she is capable of doing the same again.”

‘And then, it’s kind of like being in a grand final from what I imagine. It’s just so high energy and you go out on a high, and its like ‘I kind of don’t want to leave now’.

‘Tokyo was such a high but it’s a burning thing in my head — can I go better?’