The Desperate Housewives actress, 47, appeared to be having a blast as she danced her heart away in various public locations in a clip that was shared earlier Tuesday.

The Kardashians star launched the popular healthy living blog earlier in April 2019, and was created as a, ‘guide to living your best life.’ 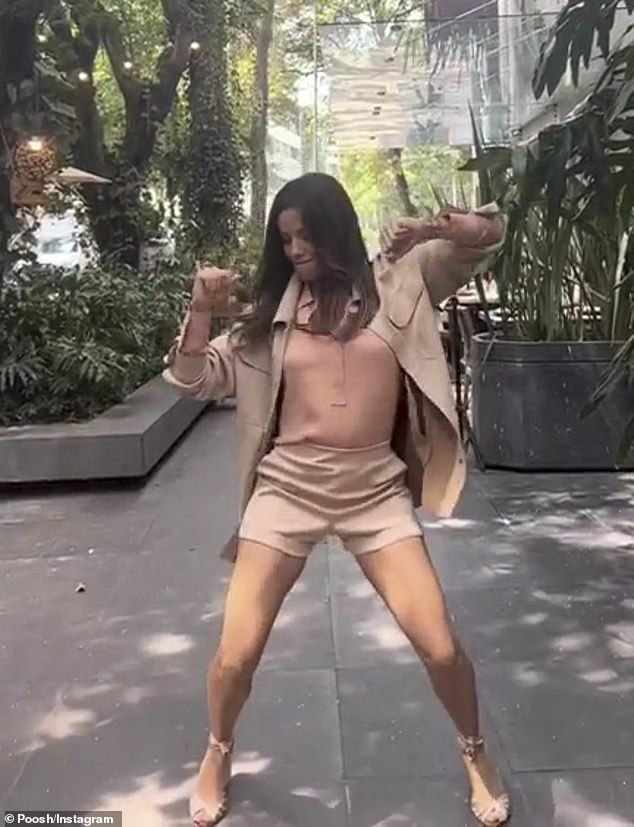 Having fun: Eva Longoria, 47, showcased her dance skills for a Poosh video that was shared on the brand’s Instagram page earlier Tuesday

The talented actress seemed to be having fun as she was filmed dancing throughout a busy city.

The beauty donned a pair of chic, tan-colored shorts, flaunting her toned legs. She paired the bottoms with a blush-colored blouse that was tucked into the waist of her shorts.

Eva added a tan-colored jacket on top, completing her stylish ensemble for the short clip.

As she showed the 4.7 million Poosh followers her impressive moves, the hit tune Handsome Dancer by Coincidance played in the background. 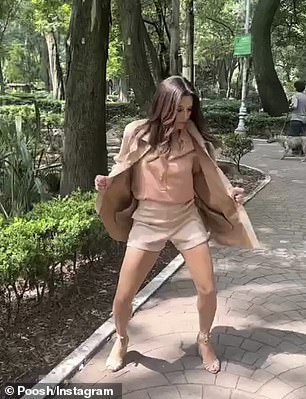 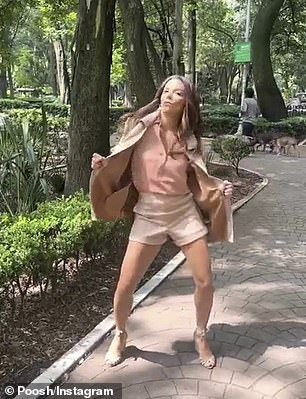 Having a blast: The Desperate Housewives star appeared to be having fun while filming the dance video

The clip was shared onto the Poosh Instagram page to promote a new lifestyle post focusing on how ‘movement releases tension and more.’

‘Dance it out. The doctor is in — boogie down is the new Rx,’ was also added in the caption.

The reel began with the mother of one moving from side to side on a bricked sidewalk underneath the shade of lush green trees.

The clip then jumped to Eva appearing to move up close to a stranger inside of a restaurant as she continued to dance.

The Young And The Restless alum believes in the importance of fitness and movement, and told Women’s Health, ‘I really work out for my mental health.’ 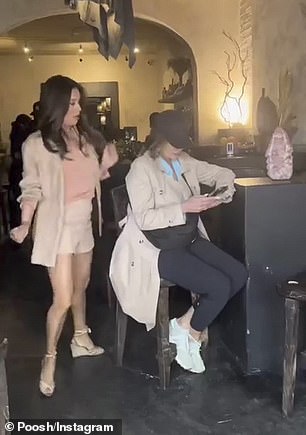 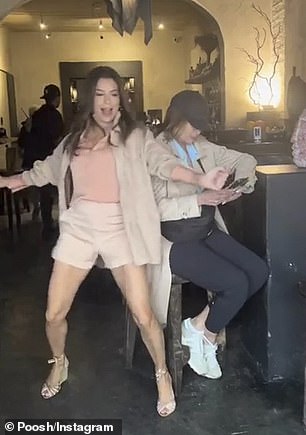 Funny: The clip then jumped to Eva dancing up to a stranger in a restaurant 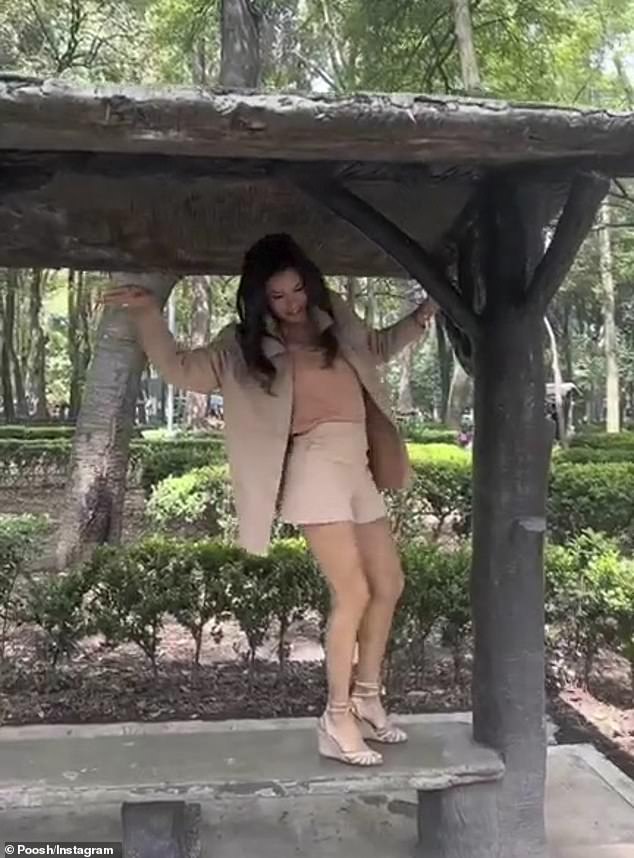 Dance floor: The mother of one showed that any place could be a dance floor, including a bench outside in a park

As the clip wound down to a close, Eva was seen dancing on top of a stone bench underneath an awning outside.

She then could be seen hilariously showing off her moves to another stranger underneath the warm sunshine.

Other celebrities have been featured on the Poosh Instagram page in the past, such as Emily In Paris star, Lily Collins, model Elsa Hosk, and actress Blake Lively. 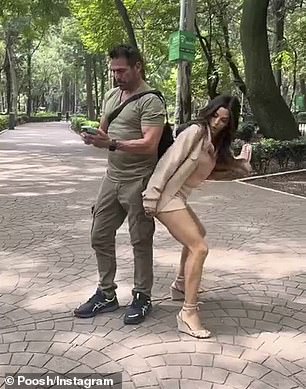 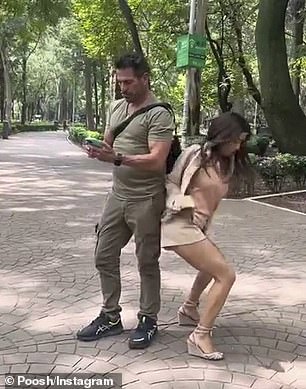 Fitness priority: In an interview with Women’s Health, Eva explained she follows a fitness routine and that, ‘I really work out for my mental health’ 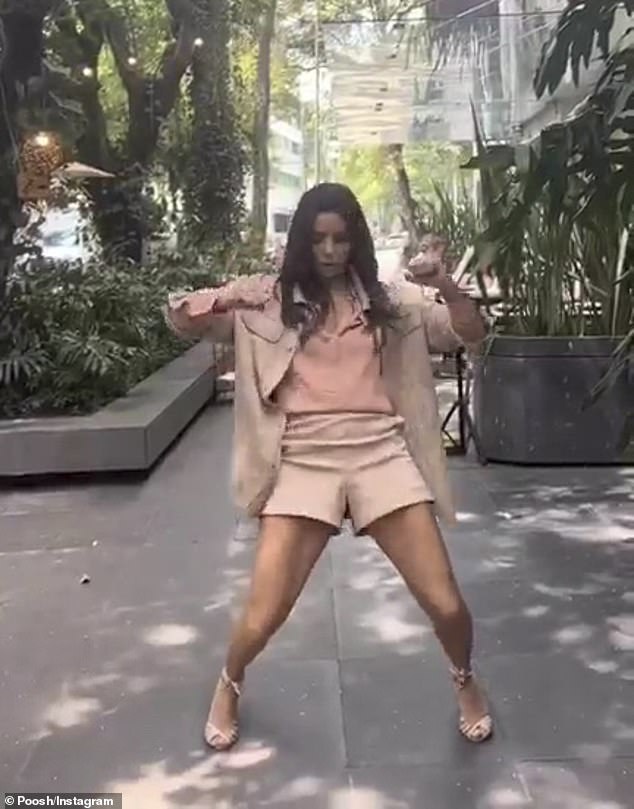 Hard-working: Eva shares her four-year-old son, Santiago, with her husband, Jose Baston after the two tied the knot in 2016

According to the publication, Kourtney had worked vigorously on creating the vitamins for around five years.

‘We used the least amount of sugar possible, plus have a really extensive no list,’ she explained.

‘No dyes, corn syrup, gelatin, or sugar alcohol, ever. But I have to have something sweet after I eat, so I wanted this to be it, delicious but with a purpose,’ the reality star added to Elle.

When talking about creating the name for the new line with the Washington Street Journal, The Keeping Up With The Kardashians star stated, ‘I couldn’t think of the right word for each scenario [in which to take a supplement], but we’d say all the time, ‘Lemme focus on this.’

‘Once we realized we use it so much in our vocabulary, none of us could get it out of our heads. You know, Lemme-everything-that-I’m-doing,’ she expressed. 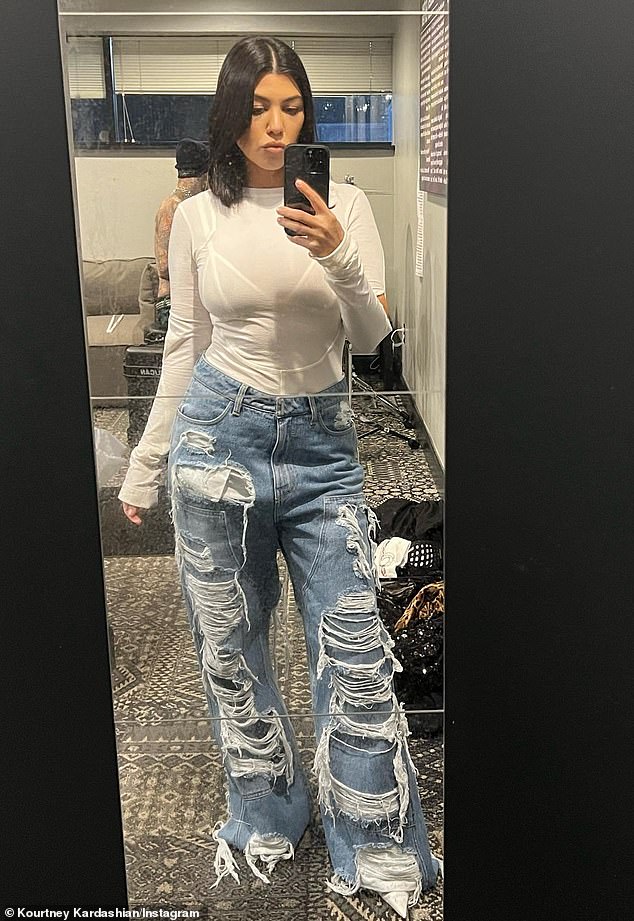 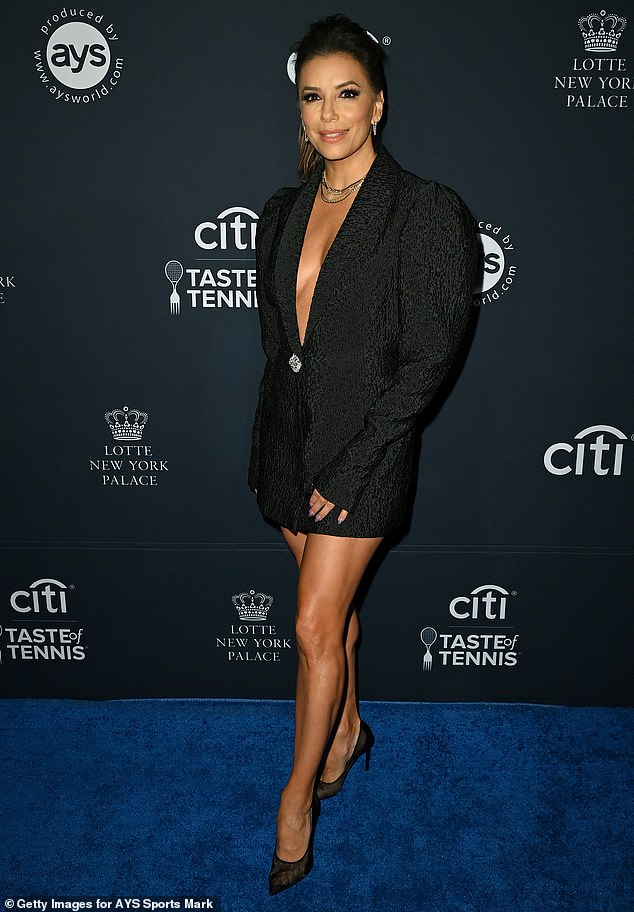 Popular: Other celebrities have been featured on the Poosh Instagram page, such as Emily In Paris star, Lily Collins; Eva seen last month in August in NYC