Everyman Cinemas has said it is accelerating its expansion plans with movie goers returning in droves to its screens and losses shrinking.

The chain, which offers small screens with plush sofas and armchairs, said the momentum it has seen since reopening its cinemas in mid-May last year is continuing, with admissions returning to pre-Covid levels.

Off the back of a return to almost-business-as-usual, the group said four new venues are set to open this year – Edinburgh in April, followed by Egham, Plymouth and Marlowand – with more in the pipeline for 2023. 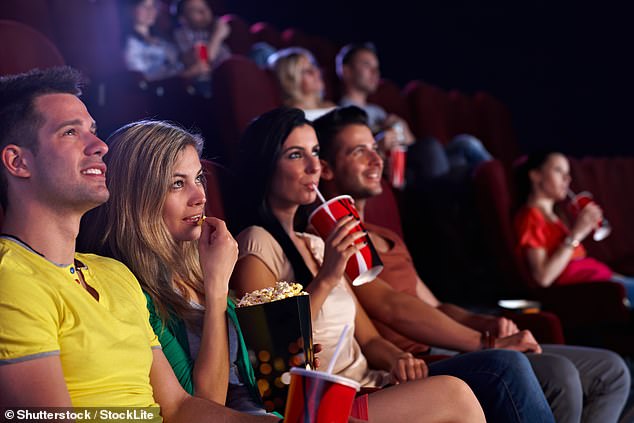 Back to the big screen: Everyman said admissions are returning to pre-Covid levels

Despite rising energy costs, Everyman said it had a fixed agreement in place with one of the largest suppliers, insulating it from price rises until October next year.

It comes as it unveiled that losses for 2021 shrank significantly to £5.4million, from £20.1million in 2020, as its cinemas were allowed to reopen in spring after being closed for almost five months.

The group also run its cinemas at half capacity for a further two months, but admissions overall were still 69 per cent ahead of 2020, rising faster than expected in the second half.

‘So far in 2022 admissions momentum has continued and we remain focussed on delivering quality customer service throughout food, drink, staff and film,’ the group added.

Everyman, which offers customers freshly cooked food like pizza, said people are also spending more than before on drinks and food, with the average spend per head rising to around £9 last year, from £7 in 2020.

Chief executive Alex Scrimgeour said: ‘Off the back of a return to quasi business as usual, our outlook is increasingly optimistic, consequently we will be looking to accelerate our openings strategy in the short and medium term.’

The company, which has 36 cinemas around the country, said they had two new venues signed and due to open in 2023 – in Northallerton and Aberdeen.

It also hailed a ‘strong pipeline under legal negotiations which will add to this list for 2023 over the coming weeks’.

The group said it was optimistic about the future.

‘The 2022 film slate is very strong, we have good opportunities to further develop the Everyman experience, and to increase the number of potential new venues across the UK,’ it said.

‘We have significant liquidity, with a strong balance sheet, and supportive stakeholders across the business and therefore look forward to returning to our growth strategy.’