Dance is the greatest medicine! Expert says that doing a jive every day can reduce anxiety, help manage chronic pain and even boost the quality of life of Alzheimer’s patients

Move aside laughter, dancing may be the real natural medicine for treating anxiety and chronic pain – and it could even help boost the spirits of Alzheimer’s patients.

Starre Vartan, a prominent science writer and former-geologist writes for the Washington Post that dance helped her get through tough, lonely, times during the COVID-19 pandemic, and experts agree that the activity can have positive impacts on the brain.

While there have been known links between regular physical activity and improved mental health, experts say that there could be some further benefits for dancing.

Daily dancing has been linked to lessoning anxiety symptoms, management of chronic pain, and even an overall higher quality of life for people suffering from Alzheimer’s. 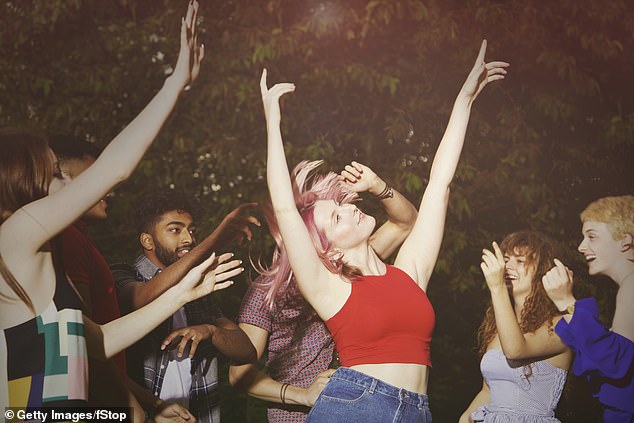 Dancing can relieve feelings of anxiety, chronic pain and even help treat symptoms of schizophrenia, one study finds (file photo)

Vartan writes that during the pandemic, the illness of her father and then her own long bout with Covid left her in a tough place mentally.

She would dance daily to relieve her feelings of anxiety over the situations, and found it to be of great effect.

While Vartan – along with many other amateur hoofers – may just be flailing around in their bedrooms, there is a clinical aspect of dancing. 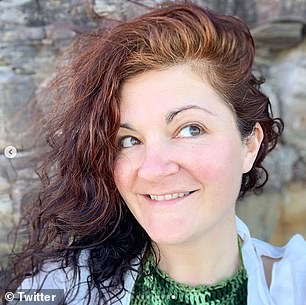 Dance/Movement therapy takes the known benefits of physical activity and expands it into a more emotional realm.

‘We hold every experience we’ve ever had in our body, so being able to move may release something that we’ve been holding, tucked away in a muscle,’ Dr Angela Grayson, president of the American Dance Therapy Association, told the Post.

‘The muscle has the memory of it, and when we’re moving, we can release that.’

Dr Jacelyn Biondo, a creative arts therapy expert at Drexel University, in Philadelphia, told the Post that the individualism of dance is what makes it different than just a simple activity like riding a bike.

She says that dance allows everyone to express themselves, and not just do a monotonous activity that looks the same as how everyone else is doing it.

Biondo said that the dance treatment has shown positive impact  in people who suffer from depression and anxiety, which is already commonly known.

Where dance therapy really shows rare values is its ability to combat symptoms of schizophrenia, a severe psychiatric disorder.

A 2021 study led by Biondo found that schizophrenia sufferers who took part in dance therapies were less likely to suffer auditory hallucinations, paranoia and delusional thinking compared to those who used regular talk therapy.

Those who took part in the more-active form of therapy also displayed more expressions of emotion and had decreased levels of psychological distress.

While just dancing in your room, alone, can provide benefits, the rewards reaped could increase even more if that person receives tips from a trained therapist.

‘Working with a Dance Movement therapist who is a trained observer, you get support to help you process what’s being expressed in the dance, and establish a treatment plan,’ Grayson explained to the Post.