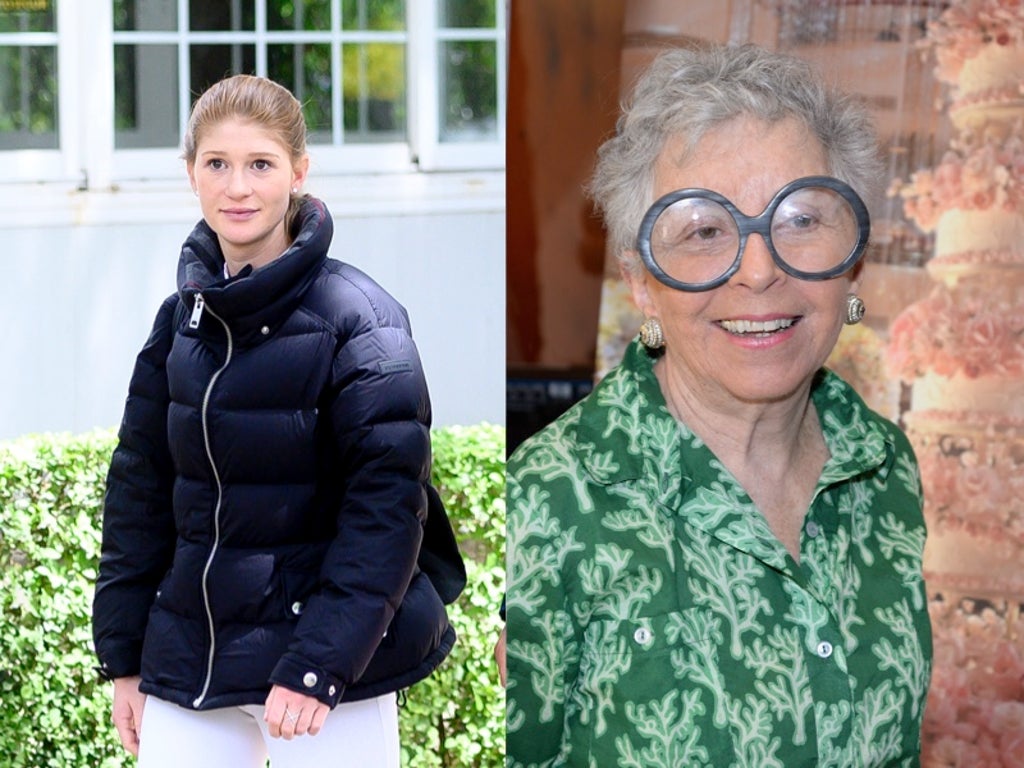 A 91-year-old baker to the stars reportedly came out of retirement to create the wedding cake for Jennifer Gates’ wedding to Nayel Nassar.

Gates, 25, and the professional equestrian, 30, exchanged vows on Saturday during a ceremony at the medical student’s Westchester, New York, horse farm.

For the occasion, Sylvia Weinstock crafted the six-tier wedding cake, according to wedding planner Marcy Blum, who shared a photo of the newlyweds standing next to the cake on Instagram.

“My dear friend @sylviaweinstock came out of retirement to design the beautiful cake for this beautiful couple,” Blum captioned the photo, in which Gates and Nassar could be seen holding hands near the towering white wedding cake during the reception. The extravagant six-tier cake was adorned with numerous white and light pink roses and other blooms.

In the comments, Gates, the oldest daughter of Bill and Melinda Gates, also shared her appreciation for the dessert, with the newlywed commenting a series of heart-eye emojis.

Prior to her retirement in 2016, Weinstock created cakes for celebrity clients including Oprah, Robert De Niro, Martha Stewart, and Jennifer Lopez, as well as for prominent families including the Kennedys, Rockefellers, and Clintons, according to her website.

In 2014, she discussed her craft during an interview with InStyle, where she revealed that her team never counts the flowers on one of their cakes, which can cost upwards of $50,000.

“We never count the flowers on a cake … rather, we add, and add, and add until it pleases the eye,” she said. “That could be hundreds, or thousands. To put it in perspective, one artist can create 100 roses in a typical (40-hour) week. They are all individually hand-crafted.”

At the time, the baker also noted that she couldn’t identify the “most extravagant cake” she had made over her career, as she explained: “Extravagance is in the eye of the beholder, so I’ve probably created quite a few” and that the answer would depend on whether it was narrowed down by extravagance in look, size or price.

Weinstock decided to step back from the cake-making business full time in 2016 after creating licensing partnerships with “the very best cake artists all over the world” and teaching her techniques.

At the time, Weinstock also shared a desire to return to teaching, which she noted was her first career, and public speaking.

In addition to the photo of the wedding cake, Blum, who planned Gates’ wedding, also shared photos of the newlyweds walking down the aisle, in which the bride could be seen wearing her long-sleeved custom Vera Wang wedding gown.

In another photo shared to Instagram, the couple embraced on the dance floor, with Gates having changed into another lace wedding gown by the designer.

Gates, a fellow equestrian, also shared a photo from the wedding to her own Instagram, in which she appeared overjoyed as she walked down the aisle with her new husband.

She captioned the photo: “My universe” along with the date of the wedding, 16 October 2021.

Nassar shared a similar post to his Instagram, where he wrote: “We did a thing this weekend! Can’t wait for forever after with you @jenniferkgates. Thank you to everyone who made this the happiest day of my life.”