‘Get Emmerdale on pronto!’: Fan fury as ITV bosses push back Yorkshire-based soap half an hour to make way for extended news broadcast

By Katie Hind Showbusiness Editor For The Mail On Sunday

For decades, the opening titles of Emmerdale have started to roll at precisely 7pm.

But fans have reacted furiously after ITV bosses launched their new evening schedule and pushed back the Yorkshire-based soap by 30 minutes to make way for an extended news broadcast.

Viewers took to social media in their droves to voice their anger, with one writing: ‘ITV News was already a patronising slog at half an hour, let alone a full one. Get Emmerdale on pronto.’ 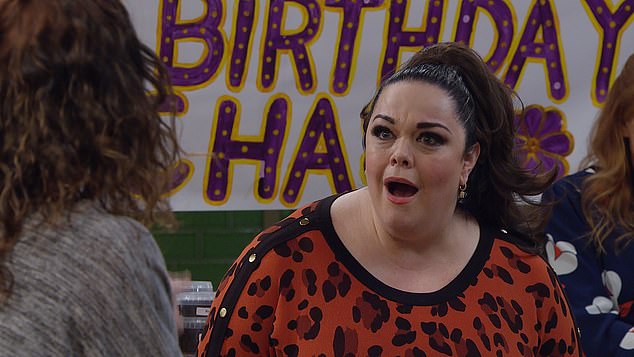 Another said: ‘We don’t want an hour of news.

‘Bring back Emmerdale at 7pm. We don’t need depression forced on us.’ A further post read: ‘The news is everywhere we look these days, some of us just want a relaxing few hours of escapism.’

The changes, which were introduced last Monday, mean that regional news is on from 6pm to 6.30pm followed by a full hour of national and world news before Emmerdale starts.

One fan of both shows said: ‘I got into @emmerdale as it was on when I have dinner. I’ll watch @itvcorrie too but not always. Now I shall watch neither because @itv is killing entertainment with news!’

Others were furious with ITV for moving Emmerdale so that it now clashes with BBC’s EastEnders.

EastEnders took the biggest hit last Monday when Emmerdale pulled in 4.1 million viewers, while just 2.7 million turned in to see the latest goings-on in Albert Square.

Despite that, Emmerdale still lost 300,000 viewers from the previous Monday and was down to 3.6 million last Thursday compared with 3.97 million a week earlier.

For its part, ITV News began the first week of its new schedule with improved figures. On Monday, February 28, before the change, it pulled in an audience of 3.2 million.

But in its new slot last Monday, March 7, it attracted 3.5 million viewers, although by last Thursday, it was down 400,000 viewers on the same day in the previous week.

An Emmerdale spokesman said: ‘With the new scheduling, viewers can watch our soaps live on TV in one go in a continuous soap fix, as well as on ITV Hub.

‘Both Coronation Street and Emm-erdale have this week attracted live audiences topping four million, regularly being the most watched programmes of the night, outside of news programming.’