America is moving into what might be the end of the COVID-19 pandemic, but the virus – and potentially regular shots for it – may be around for long into the future.

How long can not yet be determined, though, and even some of the world’s top health experts can not give solid answers as to how many shots people will need, and for how long.

Dr Anthony Fauci, the nation’s top infectious disease expert, told CNBC in an interview published Monday that he was unsure what was next for Covid vaccines, but he is confident that more will be needed down the line.

On Sunday, Pfizer CEO Albert Bourla told CBS’ Face the Nation that a fourth Covid shot would be necessary for Americans to control the virus going forward. 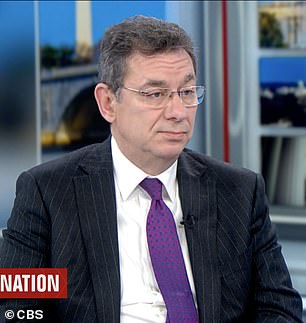 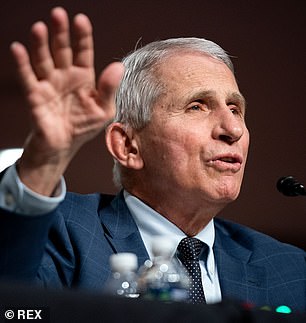 Albert Bourla (left), CEO of Pfizer, said it is necessary for Americans to receive a fourth dose of the COVID-19 vaccine. Dr Anthony Fauci (right) said that he believes more shots will be needed at some point, but he can not confidently say when or how many

‘The answer is: we don’t know. I mean, that’s it…it is likely that we’re not done with this when it comes to vaccines,’ Fauci said when asked about how many more shots will be needed.

The world just marked two years since the World Health Organization (WHO) declared COVID-19 a global pandemic on March 11, 2020.

Cases have been rapidly declining in America since the winter Omicron surge reached its mid-January peak.

Many states have closed or limited daily Covid case reporting all together, making it hard for existing virus trackers to continue.

Last week, BNO Newsroom announced it would close its tracker on Saturday. Johns Hopkins University did not update figures Monday morning either – a reflection of the eroding level of attention being paid to daily case figures.

Mandates are being lifted across the country as well, with none of the 50 states having mask orders in place beyond next week. 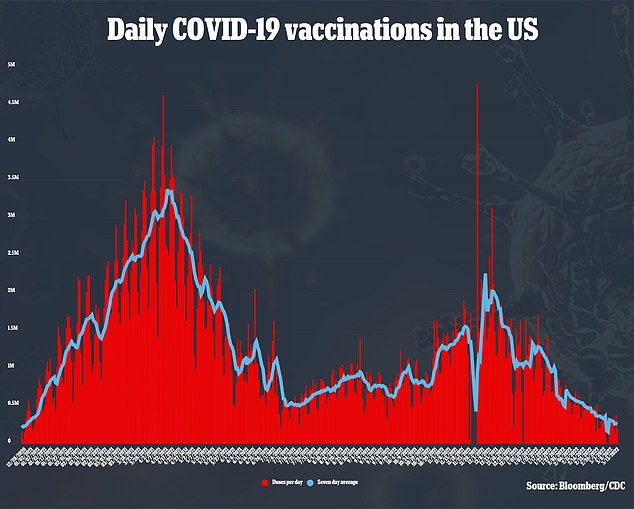 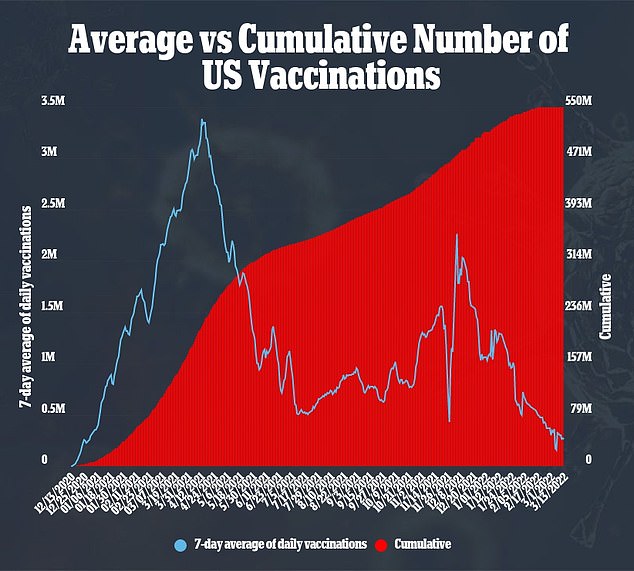 In California, Gov Gavin Newsom even declared last month that his state will soon start treating Covid like an endemic, rather than a pandemic.

While Fauci, who serves as director of the National Institute of Allergies and Infectious Disease, has often been more cautious in his approach to the virus over the past two years, even he has started to look towards a post-pandemic America.

A move back to ‘normal’ may still require Americans to regularly receive Covid shots to keep the virus under control – similar to the annual flu shot recommended to all.

Currently, a vast majority of American adults are recommended by officials to receive a two-dose COVID-19 vaccine sequence, then a booster dose five months later.

For the immunocompromised, a fourth dose is recommended to shore up protection against the virus.

Fauci is among those that has said in the past that a fourth dose will likely be needed soon, joining the CEO’s of Moderna and Pfizer – the two leading vaccine manufacturers who have a lot to gain from an expanded vaccine rollout. 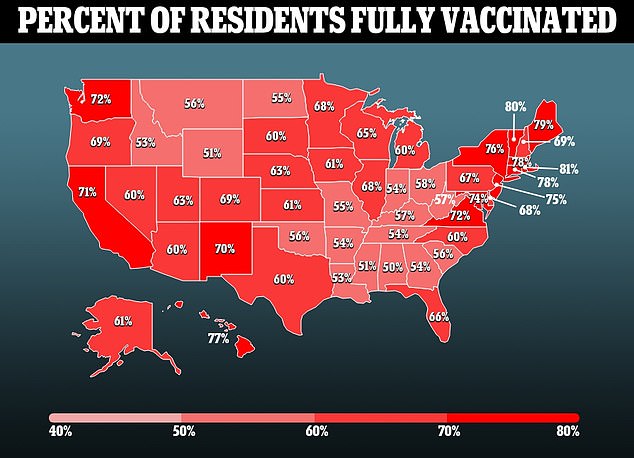 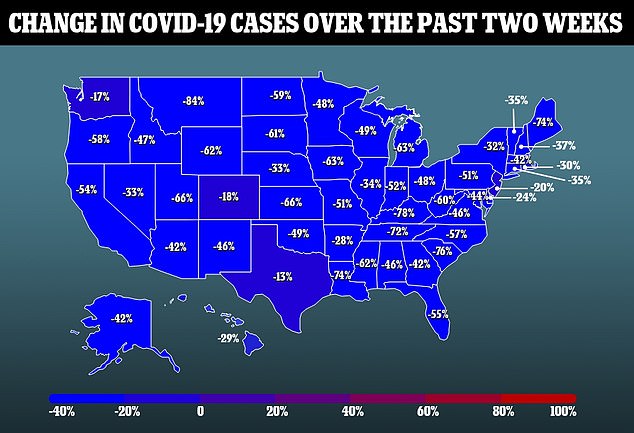 Albert Bourla, CEO of Pfizer, appeared on CBS this week and said a fourth dose may be needed for Americans as early as ‘right now’.

‘Right now, the way that we have seen, it is necessary, a fourth booster right now,’ Bourla said.

‘The protection that you are getting from the third, it is good enough, actually quite good for hospitalizations and deaths…it’s not that good against infections but doesn’t last very long.’

Bourla also told CNBC’s Squawk Box last week that his company had notified the Food and Drug Administration of an upcoming application for a fourth dose.

Moderna CEO Stephane Bancel has hinted at the need for a fourth dose in the future as well.

He told Squawk Box last month that after a relatively calm spring and summer seasons, Americans will likely need a fourth dose ahead of the typical flu season that starts this fall. 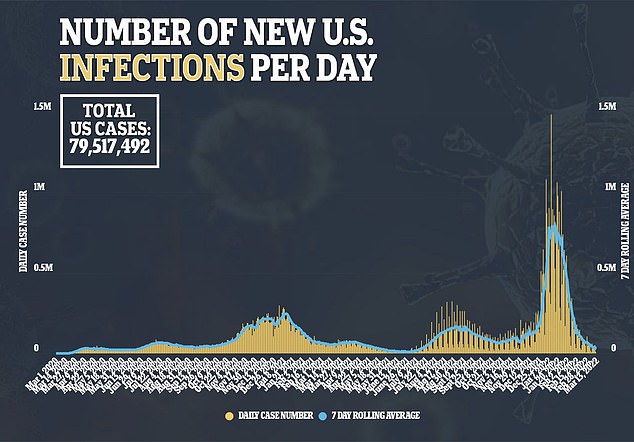 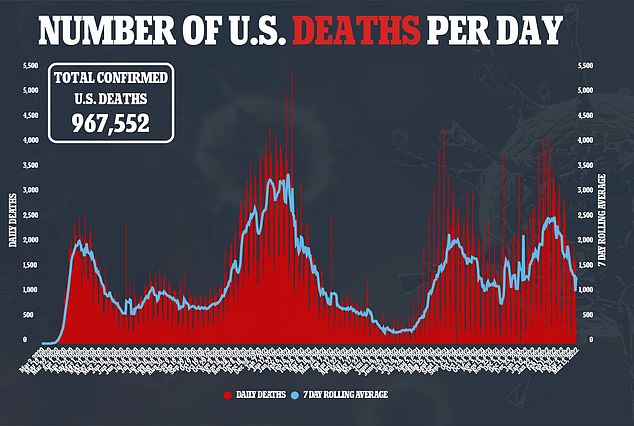 ‘We believe there’s a high probability that we’re moving into an endemic setting,’ Bancel said in February.

‘We should still be cautious because as we’ve seen with Delta, which came after alpha and was more virulent, [it] is always possible to get the more virulent variant of course.’

The prospect of repeated Covid shots is also a financial boon for the two firms, though.

The companies project a combined $51 billion in revenue from vaccine sales in 2022, and this figure would rise even higher if governments around the world begin purchase orders for yet another shot.

Both companies have been criticized for business practices that value profit over saving lives during the pandemic, and for keeping a stranglehold on their control of the jabs.