Morrisons suffered yet another blow as a leading ratings agency sounded the alarm over its £6billion debt pile and dwindling profits.

The beleaguered Bradford-based grocer, which is now in private equity hands, has been pushing up prices faster than its rivals, causing it to lose market share, Fitch said.

And it has faced soaring costs, which Fitch said will lead to a £200million hit to Morrisons’ profits for the next three years. 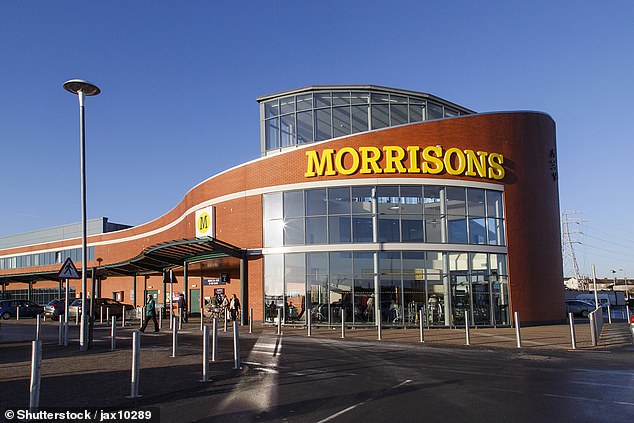 Debt burden: Morrisons – which is now in private equity hands – has been pushing up prices faster than its rivals causing it to lose market share, Fitch said

Fitch downgraded the rating on the grocer’s debt from a ‘speculative’ BB level, to a ‘highly speculative’ B, suggesting a ‘material’ risk of it defaulting. It said: ‘Morrisons lost more market share than its major peers due to larger price increases.’

The downgrade will raise further questions about the role of private equity firms, which rely on huge amounts of debt to fund takeovers, in the UK grocery market.

It is the latest blow for the retailer since it fell into the hands of US private equity shark Clayton, Dubilier and Rice last year.

In October, rival ratings agency Moody’s forecast that Morrisons would face a £95million hit as the cost of servicing its huge debt pile soars.

Market turmoil will see the embattled grocer face an additional £35million in annual interest payments on its £6billion of borrowing, Moody’s said.

Since the £7billion takeover, spearheaded by ex-Tesco boss Sir Terry Leahy, the grocer has seen its market share tumble and lost its coveted spot in the ‘Big Four’ of UK supermarkets to discounter Aldi.

It now risks being overtaken by Aldi’s German discount rival Lidl, which analysts expect to happen in as little as 18 months.

Boss David Potts has come under pressure to revive the ailing supermarket chain.

Industry experts have branded the takeover by private equity ‘at best a distraction, and at worst a bit of a disaster’.

Despite the downgrade, Fitch said Morrisons’ sales decline would reverse in the coming year. It said the grocer’s performance would be boosted by convenience store chain McColl’s, which it bought out of administration for £190million in May.