First-time buyers are struggling to buy a property by the seaside as house price rises on the coast outpace salary increases, new research has revealed.

The pandemic saw the appeal of coastal homes soar in popularity, with price tags to match – leaving first-time buyers’ salaries struggling to keep up.

Rightmove analysed house price growth and the change in local salaries, and found that more than half of the top 10 areas to see first-time buyer affordability decline are close to or on the coast. 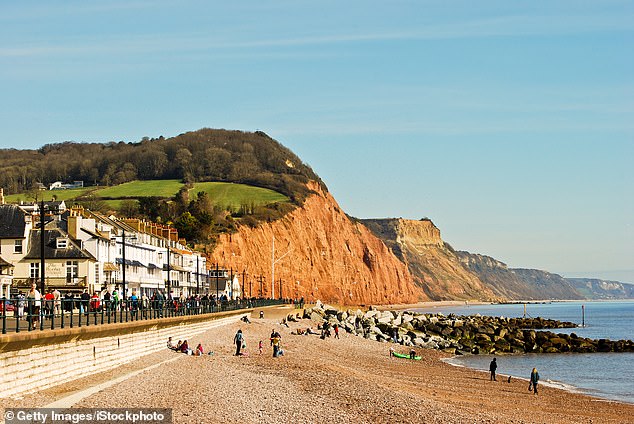 Sea change: More than half of the top 10 areas to see first-time buyer affordability decline are close to or by the coast (pictured: Devon)

Adur in West Sussex topped the list, with its average asking price for a first-time buyer home now 11.6 times the average salary for the area, up from 8.7 times before the pandemic.

Hertsmere in Hertfordshire is second. There, first-time buyer average asking prices are 11.8 times the average local salary, compared with 9.6 times in 2019.

And Richmondshire in North Yorkshire is third, where an average first home is 8.2 times the local salary, up from six times.

The majority of areas to see affordability improve during the pandemic – though only slightly – are in London or in traditional commuter areas.

Affordability has improved in these areas due to local salaries increasing at a faster pace than house prices, according to Rightmove.

Average asking prices in Lambeth are 11.8 times the average salary for the area, compared with 13.3 times before the pandemic. 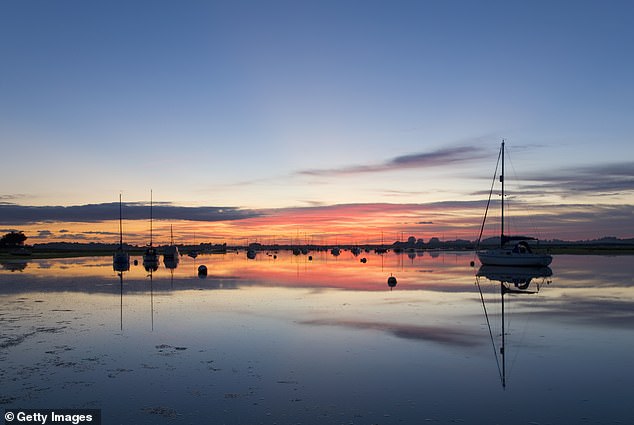 The pandemic saw the appeal of coastal homes soar in popularity, with price tags to match (pictured: Chichester)

The data is based on an average solo first-time buyer, and assumes they have been able to save up a 10 per cent deposit towards an average first-time buyer type property in their area – defined in this research as properties with two bedrooms or less.

It also adjusts the latest available local salary data from the Office for National Statistics up to May 2022, by using the average national earnings increase, to get a current picture of local affordability.

Across Britain, an average first-time buyer type home is now 7.2 times the average salary, up from 6.9 times in 2019.

Rising asking prices and interest rates mean that the average monthly mortgage payment for new first-time buyers with a 10 per cent deposit is now £1,032, up 39 per cent compared to the same time in 2019.

Tim Bannister, of Rightmove, said: ‘The current picture of how affordability has changed for new first-time buyers trying to take out a mortgage looks very different in different parts of Britain.

‘It’s much harder for first-time buyers in the areas where prices jumped considerably over the past few years, especially when you add in six consecutive interest rate rises and average local salaries not keeping pace.

‘We’re still seeing the effects of the pandemic whereby prices for homes near the sea are at a premium, with house prices quickly outpacing local salaries.

‘However, despite stretched affordability, we’re not currently seeing rising prices and interest rates having a significant impact on first-time buyers wanting to move.

‘Though demand for first-time buyer homes has expectedly eased from the heady levels of last year, it’s still significantly higher than it was back in 2019, suggesting many first-time buyers are factoring in rate rises into their own affordability.’ 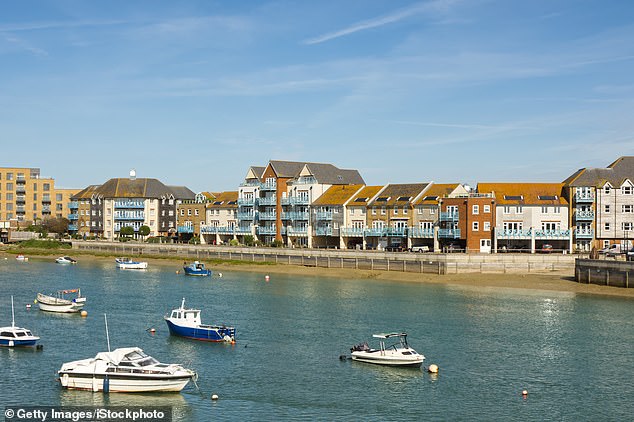 ‘There are several factors at play here. Across the country, the pipeline of new properties coming to the market for sale has not kept up with demand, and there is also a lack of suitable housing coming through for first-time buyers.

‘A decade of mostly upward rents has put further pressure on saving for a deposit, and a rising market means that the goalposts have kept moving. All this has been exacerbated in recent months with rising interest rates, making mortgages more expensive, while inflation is driving down real income.

‘It’s no surprise affordability will be felt most in coastal areas and around major urban centres. These locations are in high demand and first-time buyers will be competing with second steppers and downsizers, who are likely to be in a stronger financial position to secure a property. But those who are able to take their first step on the housing ladder largely remain undeterred.’

Mark Howell, of Michael Jones & Company, in Sussex, added: ‘We’ve seen an increase in the average age of first-time buyers as well as gifted deposits, which indicates that it could be taking first-time buyers longer to acquire their deposits due to the rise in house prices.

‘Salary levels have also slowed down in relation to house prices in the last few months, creating a wider gap between wages and affordability.’

Share
Facebook
Twitter
Pinterest
WhatsApp
Previous articleDanniella Westbrook, 48, has split from her jailbird fiancé David, 29, after six years together
Next articleDEAL OF THE DAY: Pimms is under half price on Amazon just in time for the bank holiday
RELATED ARTICLES
Business