FirstGroup shares tumble as private equity suitor I Squared walks away from takeover of transport firm after £1.2bn bid is rejected

FirstGroup shares tumbled this afternoon after suitor I Squared decided not to pursue a takeover of the transport company.

FirstGroup rejected a 118p a share takeover approach in June, which valued it at £1.2billion, with the board arguing the Miami-based private equity firm’s bid was too low.

The transport company revealed today that I Squared tabled a final proposal of 135p per FirstGroup share on Monday, but the board said the deal still ‘significantly’ undervalued the company. 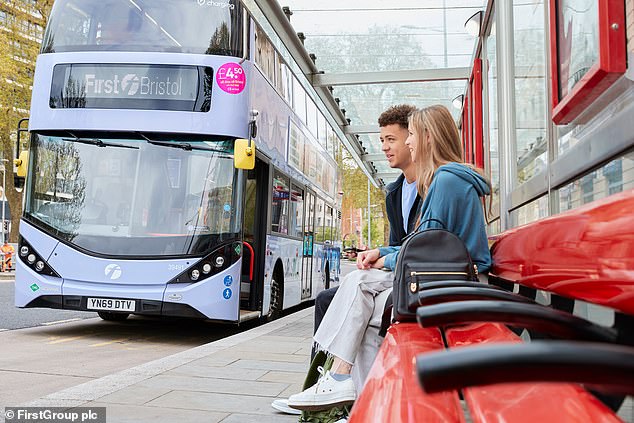 FirstGroup operates around a fifth of local bus services outside London

I Squared had been given a deadline of 18 August to make a firm offer or walk away, and today it said it would not proceed with a firm offer after all its proposals were rejected.

‘Further to the announcements made by FirstGroup on 26 May 2022, 23 June 2022 and 21 July 2022, I Squared Capital confirms that it does not intend to make an offer for FirstGroup,’ it said in a statement.

FirstGroup shares were down 8 per cent to 118.53p in late afternoon trade on Tuesday.

FirstGroup, which operates Avanti West Coast, Great Western Railway, South Western Railway and around a fifth of local bus services outside London, said the offer did not provide shareholders with ‘sufficient certainty’.

It went on to say that the group was ‘cash generative, well capitalised’ and well placed to maximise opportunities under the new leadership of chief executive Graham Sutherland, who was appointed in April.

FirstGroup added: ‘The Board is confident the transformation undertaken since the arrival of David Martin as Chairman in August 2019 will deliver significant long term value creation for FirstGroup shareholders.

‘The Board reaffirms its expectation that, while some uncertainty remains around the pace of recovery in light of the pandemic and the broader macroeconomic backdrop, the Group will make significant further progress in the current financial year.’