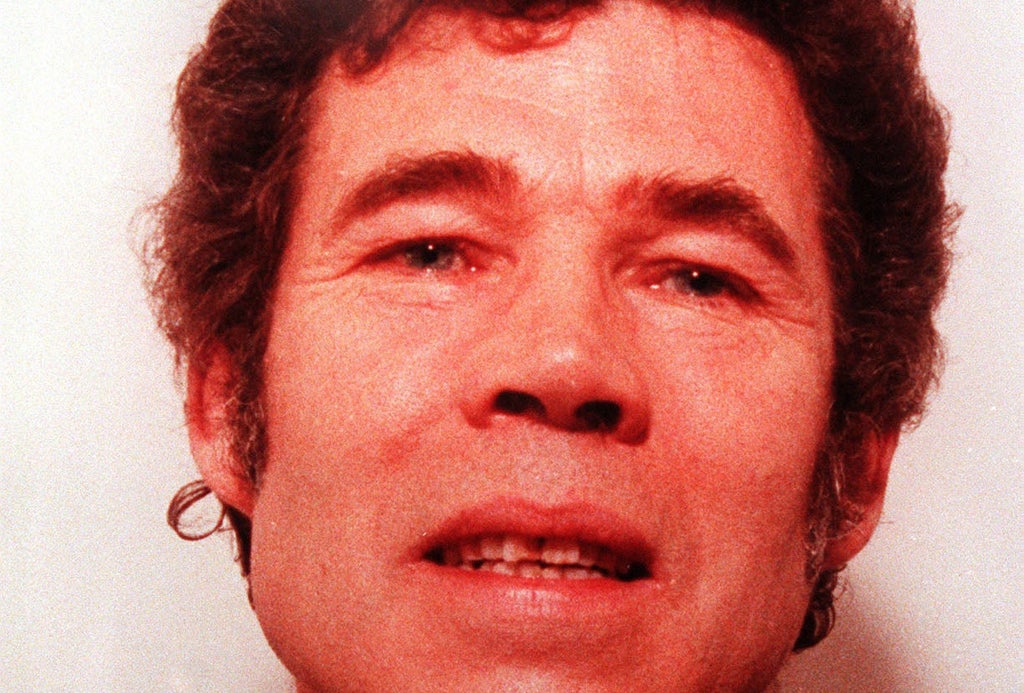 The arrest of Gloucester serial killer Fred West triggered one of the biggest police investigations in British criminal history.

Known to have risen from a background littered with incidents of sexual and domestic violence, West, 52, was detained on 25 February 1994 along with his second wife Rose by detectives investigating the disappearance of their daughter, Heather, last seen alive aged 16 in 1987.

A day later, police using mini-diggers found Heather’s remains buried beneath a patio in the back garden of West’s home at 25 Cromwell Street in the West Country town, the residence that would later become known as the “House of Horrors”.

Within days, two more bodies were found in the garden. One was identified as a former lodger of the Wests, Shirley Ann Robinson, who was 18 and pregnant at the time of her disappearance. The other body was not immediately identified but was later found to be that of Alison Chambers.

On 7 March, searchers announced the discovery of a seventh body, also in the cellar area. Police also announced plans to begin digging at other locations connected to the Wests.

Nine bodies were eventually discovered at Cromwell Street in total, while another was found at his old home in Midland Road and two more were discovered in Letterbox and Fingerpost fields at Kempley on the Gloucestershire border with Herefordshire.

The huge investigation put an immense strain on the resources of the Gloucestershire constabulary.

By the time the digging was over in June 1994, the bill had run into hundreds of thousands of pounds and the Wests were found to have murdered at least 12 people between 1967 and 1987, often for their own sexual gratification.

Here’s a timeline of the inquiry’s most significant events.

23 February 1994 – Police obtain a warrant to search the rear garden at 25 Cromwell Street.

26 February – First body found in their garden, which ultimately proves to be that of Heather West.

3 March – Fred West collapses in court as he is charged with three murders.

14 March – Through her solicitor, Rose West denies any involvement in the alleged murders.

4 May – Eleventh body (Charmaine West) found under the kitchen floor at 25 Midland Road.

5 May – Fred West in court accused of ten murders.

6 May – Rose West in court accused on five joint murder charges with her husband.

26 May – Search ends at Midland Road after 32 days. Rose West charged with murder of her daughter, Heather.

30 June – Fred and Rose West appear together for the first time at Gloucester Magistrate’s Court.

2 November – All Souls Day service in Gloucester Cathedral for those affected by the events at Cromwell Street.

Gabby Petito: A timeline of the social media star’s disappearance

Is Dinamo Zagreb vs West Ham on TV tonight? Kick-off time, channel and how to watch Europa League fixture