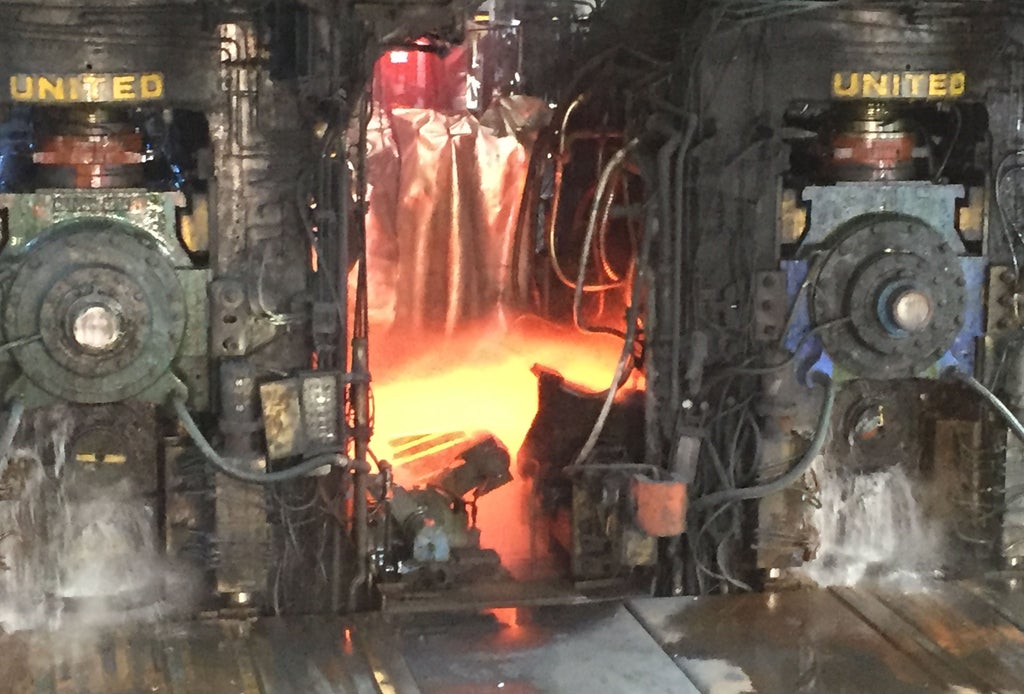 Frustration is mounting at Treasury foot-dragging over support for industries facing shutdown this winter because of the dramatic spike in energy prices.

Business department sources said there was “a real sense of urgency from our side” to push ahead with a package drawn up by business secretary Kwasi Kwarteng earlier this week following emergency talks with energy-intensive industries.

But the Treasury has so far withheld agreement, with a formal response not expected until next week.

And chancellor Rishi Sunak signalled apparent reluctance to intervene in comments at the G7 summit in Washington, where he said it was “not the government’s job to come in and start managing the price of every individual product”.

Labour leader Sir Keir Starmer accused ministers of going “missing in action” as industry voiced fears that gas shortages could force widespread closures of plants within weeks Meanwhile, domestic suppliers Colorado Energy and Pure Planet were added to the list of 11 which have folded since the beginning of September.

And he blamed government decisions to run down the UK’s gas storage capacity, telling ITV: “That’s a strategic issue for energy supplies in the UK – you need some storage, and we’ve got 10 days.”

But the warning was blasted as a “complete red herring” by government sources, who said that the constant availability of North Sea gas meant that the UK cannot run out of the fuel, protecting it from being held to ransom by supplier countries like Russia at times of crisis.

“A country like Germany needs large storage facilities because it is 90 per cent dependent on Russia for gas,” said one official. “We have the best gas storage facility in the world, which is called the North Sea. We have vast reserves of gas which we can tap into at any time. The current concern is not security of supply, it is cost.”

Details of Mr Kwarteng’s proposed bail-out have not yet been revealed to industry, but the package is understood to revolve around government-backed loans to nurse viable companies through the period of unusually elevated gas prices – running as much as 10 times their level a year ago – rather than grants to prop up ailing firms.

Speaking in Washington after attending a G7 finance ministers’ summit, the chancellor said: “We’re prepared to work with business and support them as required.

“But in general I believe in a market economy, as it’s served us very well in this country. It’s not the government’s job to come in and start managing the price of every individual product.”

Welcoming the business secretary’s engagement on Monday, the chair of the Energy Intensive Users Group Dr Richard Leese said that industry wanted to see “an equally swift response” from the Treasury.

But speaking during a visit to a steel mill in Sheffield on Thursday, Sir Keir said that ministers were instead “squabbling” over their response.

The Labour leader said it would be “unforgivable” if a short-term spike in energy prices led to lost jobs.

“What the steel sector needs is support and action from the government,” he said. “What we have got is a government that is missing in action.

“It is not having discussions that it should be with the sector. It is not doing what is necessary to save the jobs that are at risk. They have put the ‘out of office’ sign up. That is not acceptable.”

The director general of the Confederation of Paper Industries, Andrew Large, told The Independent that there will be real concern if a support package is not in place by early next week.

“Speaking to ministers, we made the point that time is of the essence, and we need a workable plan for industry in days or weeks, not weeks or months,” said Mr Large. “It is not out of our timeframe yet, but we are worried it could slip out of our timeframe. We are ready to give the Treasury a bit of breathing space, but by the end of this week or the start of next we will be rattling their cage again.”

He urged ministers to follow the lead of the EU, which has already authorised measures on state aid and tax reliefs to ease the burden on high energy-use businesses.

“We believe we have made a strong case that this is an unprecedented situation and that the cost to the UK of further disruption to industry and society, in terms of lost jobs and plant closures, is greater than the cost of the support needed in the next weeks and months.”

Even with a sizeable proportion of energy costs hedged as a protection against price fluctuations, large paper companies are facing losses of as much as £50m as a result of the price spike, he said.

And he warned that a package offering only loans rather than grants or reliefs would be of “limited usefulness” to businesses reluctant to add to the debts built up during the Covid pandemic.

UK Steel, which also took part in this week’s talks with Mr Kwarteng, warned that temporary shutdowns and pauses in production were becoming a “fact of life” for many businesses. And there were fears that further delays in finding a solution will make the UK industry less competitive, leading to longer and more frequent shutdowns.

Meanwhile, Sunak insisted that there will be a “good amount of Christmas presents available” this year despite the ongoing supply chain crisis.

A build-up of cargo in Felixstowe has led to shipping company Maersk opting to divert vessels away from the Suffolk port, while similar logjams have been seen elsewhere in the world including in the US.

“We’re doing absolutely everything we can to mitigate some of these challenges,” said Sunak. “They are global in nature so we can’t fix every single problem but I feel confident there will be good provision of goods for everybody.”

But Starmer said ministers should have drawn up plans months ago to deal with widely-predicted labour shortages.

“People will look at pictures of Felixstowe which has got containers that are unable to move and scratch their heads and say ‘Why is there not a plan to get us through this?’” said the Labour leader.

“At the moment the government is sitting back and saying this is somebody else’s problem.”

Official: US at turning point in dealing with Myanmar crisis