Gemma Atkinson has revealed that she’s postponed her wedding to Gorka Márquez due to both of their busy schedules – after saying she’d rather try for another baby than plan lavish nuptials.

The actress, 37, and the professional dancer, 31, got engaged in February 2021, four years after meeting on Strictly Come Dancing and share daughter Mia, two.

She has now told how Gorka is busy for the rest of the year with the Strictly tour schedule which means they can’t fit it in this year. 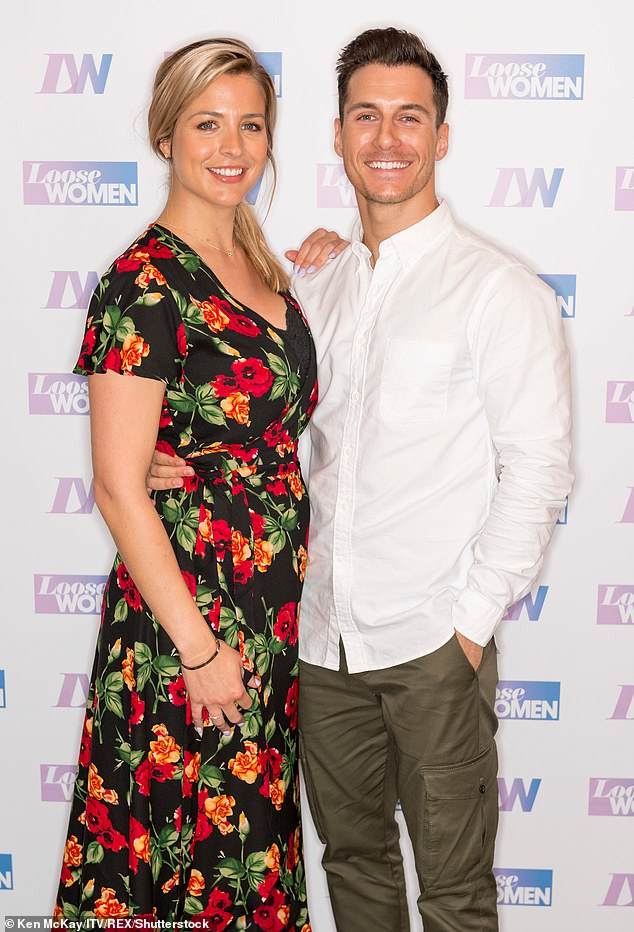 Couple: Gemma Atkinson has revealed that she’s postponed her wedding to Gorka Márquez due to both of their busy schedules – after saying she’d rather try for another baby than plan lavish nuptials (pictured in 2019)

She told New magazine: ‘Gorka is literally on tour all of this year. We’ve only got four days off together.

‘He’s got the two Strictly tours back to back, and then he’ll be going on Strictly in the autumn. We don’t even have a minute to sit down and begin making plans!’

When they do finally make it down the aisle however, Gemma said they don’t intend go all out.

It comes after she previously shared how instead of a lavish wedding, they would prefer to try for another baby. 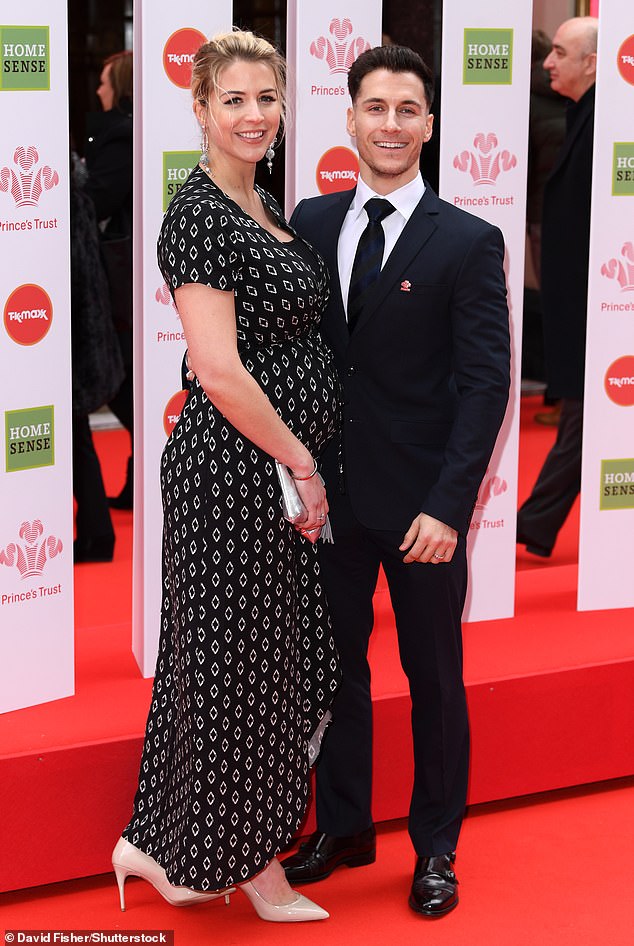 Love: The actress, 37, and the professional dancer, 31, got engaged in February 2021, four years after meeting on Strictly Come Dancing and share daughter Mia, two (pictured in 2019 while she was pregnant)

‘We’ve said we would prefer to try for another baby rather than have a big, fancy wedding,’ she said during a recent appearance on Vicky Pattison’s podcast The Secret To.

‘There are people who will spend £50k on a wedding and you think, ‘Oh my God’.

‘Twice we thought about going to the registry office and just doing it and then having a big party.’

She added on the podcast that they would like to have a small wedding abroad but  admitted she’s done ‘zero planning’ for it so far because of Covid. 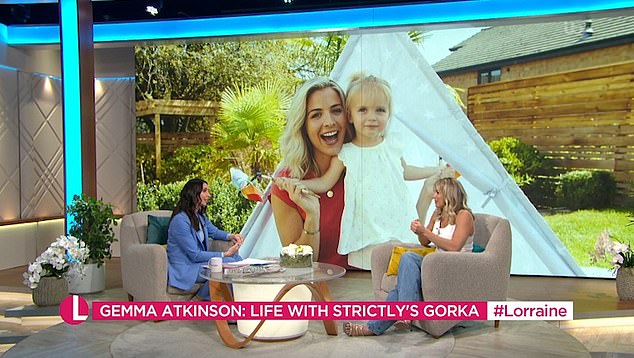 Honest: Earlier this month on Lorraine Gemma admitted she ‘resented’ fiancé Gorka because he was forced to go back to work just three days after she gave birth to their daughter Mia

Gemma also told how she hasn’t picked her bridesmaids yet or her wedding dress.

The mum-of-one, who is currently a presenter on Hits Radio, said her and Gorka have almost gone to the registry office twice now and ‘just done it’ – but added that her family would be upset if they did that.

Last February Gorka got down on one knee on Valentine’s Day for his romantic proposal.

Gorka shared the same picture, adding: ‘The best day with my forever Valentine’s. I asked and she said YES!!!!!!’

Opening up on what life is like with their busy schedules, Gemma recently shared how her and Gorka sometimes don’t see each other for weeks on end.

In a recent Instagram post, she wrote: ‘I haven’t seen Gorks for 67 days now. To some that’s ages, to others it’s nothing. We all have different circumstances & situations That’s not to say I don’t miss Gorks, I miss him terribly & I can’t wait to have him home.’

‘But I’ve lived alone since I was 17, and since we met our jobs have always taken one of us away for a few wks at a time. I find what works for me is sticking to a routine that I know keeps me mentally strong.’

Earlier this month Gemma admitted she ‘resented’ fiancé Gorka because he was forced to go back to work just three days after she gave birth to their daughter Mia. 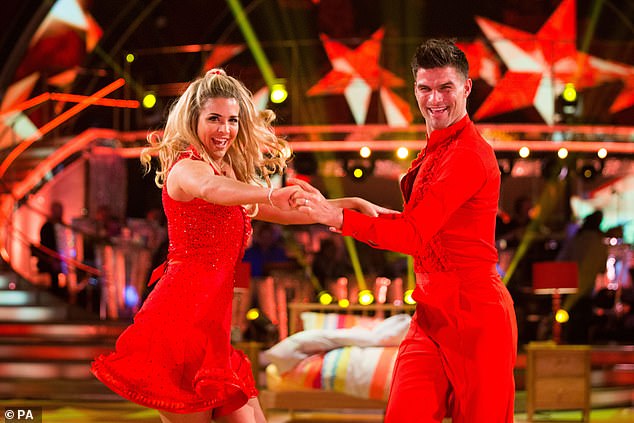 Talking on Lorraine, the Hollyoaks star said that while it wasn’t Gorka’s fault that he had work commitments and that he wanted to be at home with her and their newborn, she realised ‘this was her life now and nothing had changed for him.’

Gemma and Gorka welcomed their baby girl into the world in July 2019 and the actress is currently promoting a new book.

Speaking to presenter Christine Lampard, Gemma said: ‘Gorka had so much grief for going back to work three days after we had the baby.

‘But, he had a contract. It wasn’t just his show. He had a production that he couldn’t look down.  He had to post stuff on social media to promote the show and sell tickets.’

‘I was seeing all the stuff online looking down at the stitches with nurses coming round and Mia crying. I was like “This is my life now, nothing’s changed for him.”‘

Gemma went on to reveal how the Spanish dancer who joined the hit BBC show in 2016 was so down he confided in one of his close friends on the tour.

She said: ‘Giovanni texted me and said Gorka hasn’t been himself. He got really upset saying “I don’t wanna be here, I wanna be at home with you and our baby.”

‘It’s just as hard for the person going back to work. You resent each other’s situation a bit.’

Detailing how she’s found being a new parent she noted: ‘I take my hat off to anyone who parents because it’s tough.

‘It’s so rewarding but it’s tough – you look at this little human that you’ve got to keep alive.’

The radio host is releasing her second fitness and recipe book this week –  The Ultimate Body Plan for New Mums. 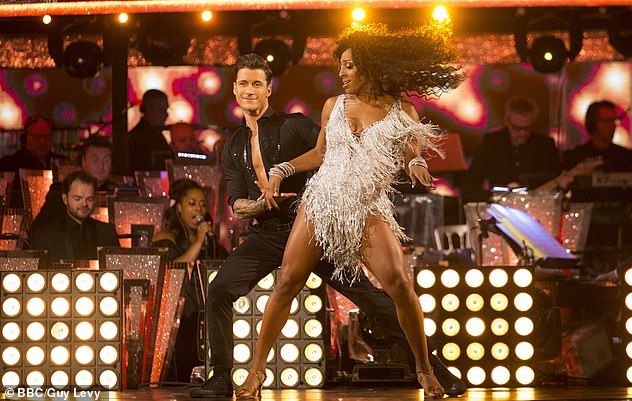 Throwback: Meanwhile, Gorka was paired with Alexandra Burke and made it all the way to the final

Robert Irwin is all grown up in a new cover shoot