Diamond-encrusted jewelry owned by the late best-selling romance novelist Jackie Collins is going under the hammer.

A diamond necklace, 2.05-carat gold earrings, and a jade buddha pendant that Collins wore day-to-day are being sold for $6,000.

Most of the beloved novelist’s items went up for sale after she died in September 2015, aged 77, after a six-year battle with breast cancer that she had largely kept from people.

Her family have decided to sell the collection with London-based Chiswick Auctions— with the last remaining mementos serving a remainder of a woman who kept her illness a secret, only telling her famous sister Dame Joan Collins two weeks before her death. 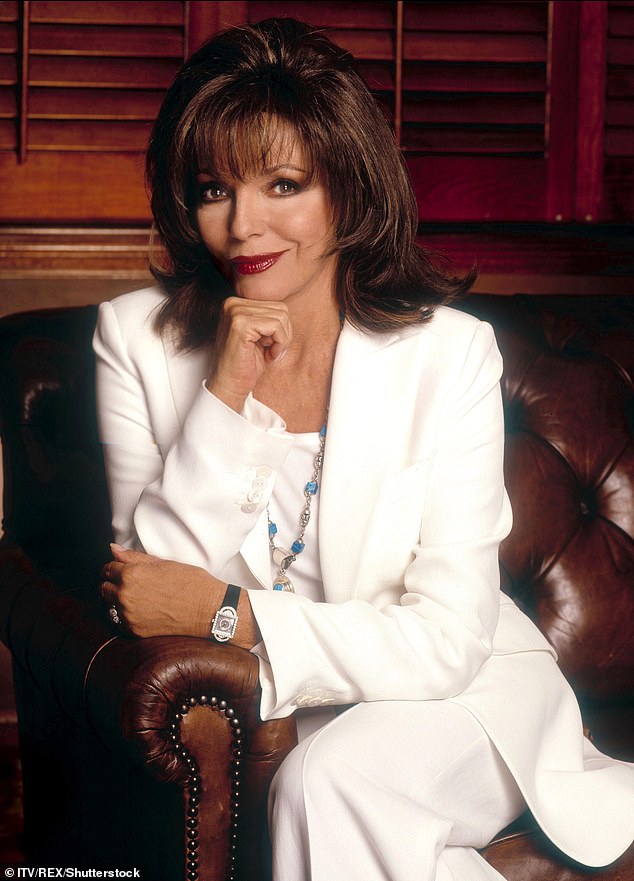 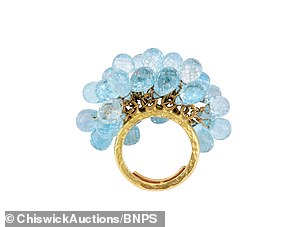 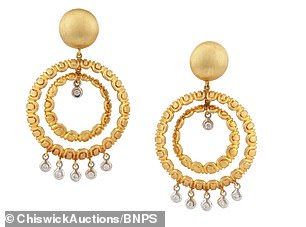 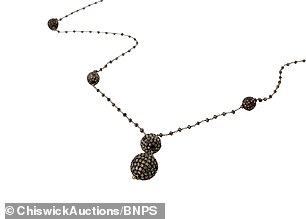 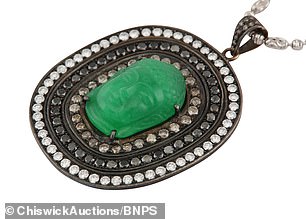 Pictured: A diamond long chain necklace, set to sell for between $410-$650, and an oval pendant with a jade buddha at the center and encrusted with 2.25 carats of brilliant, with the price estimated between $860-$1,100

The 10 pieces, which include earrings, rings and necklaces, were bought by the late author later in life while she was living in Los Angeles, US.

English-born Collins wrote 32 novels, including The Stud and Hollywood Wives, which have sold more than 500 million copies.

She was also known for her lavish Hollywood lifestyle, married to art gallery and nightclub owner Oscar Lerman she moved in the right circles and knew all the entertainment industry gossip.

Her three daughters — Tracy, Tiffany and Rory Lerman — auctioned off many of their mother’s more extravagant showstopper jewels in 2017, but kept hold of these less ostentatious pieces until now. 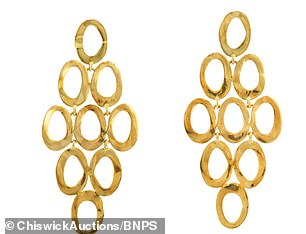 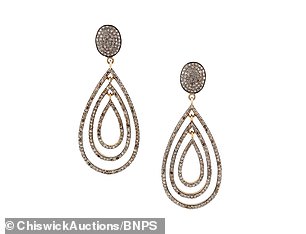 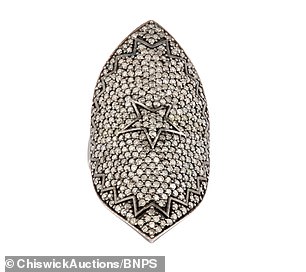 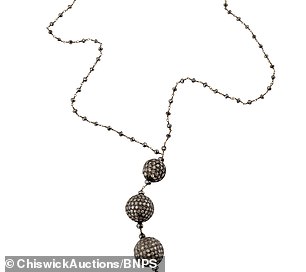 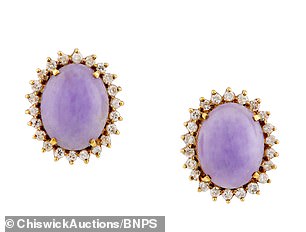 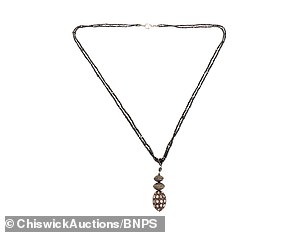 An oval pendant with a jade buddha at the center and encrusted with 2.25 carats of brilliant cut diamonds is expected to fetch $1,100.

The novelist’s 8-bedroom Beverly Hills property sold for $17 million in 2016.

Her husband Oscar was diagnosed with cancer in 1989, he and and Collins began planning the house based on her ideas.

Photographs of the time showed airy interiors with beige walls and modern light wood fittings, along with off-white furniture.

Palm trees stretched out along patio out back, surrounding the rectangular pool.

Sarah Duncan, head of jeweler at Chiswick, said: ‘The world Jackie Collins wrote about in her books was all about glamour and exclusivity and these jewels allow her fans to take home some of her own personal glamour.

‘This is just a small part of her collection, the family sold the vast majority a few years ago but kept these pieces so they have never appeared at auction before.

‘What’s really fun about these pieces is they represent her personal style. We all have fancy things and daily things, these were her daily style and personal look, creating that everyday glamour that she embodied.

‘She was such a glamorous lady I can imagine she probably wore them to the gym or something like that.

‘You can see the pieces that are one in a billion in museums or exclusive destinations, but these pieces are obtainable to you or I to have and enjoy a bit of her glamour in our own lives.

‘Jackie Collins is definitely known for the glitz and the glamour, I don’t think I have seen a single picture of her where she wasn’t wearing some jewelry.

‘And these are pieces of fine jewelry, they’re not costume jewelry, worn by one of the most glamorous people of recent history.

‘When you get an A-lister like this at auction, people are always keen to acquire them so we have had a lot of interest. This is a great opportunity for people to own something from her lifestyle.’

The jewelry will be sold at Chiswick Auctions tomorrow.