An experimental gene therapy treatment that transforms a person’s blood cells into cancer-killers could be a cure for leukemia.

Researchers at the University of Pennsylvania performed CAR-T cell therapy treatment on two patients who were suffering from the blood cancer in 2010.

Now over a decade later, there is no sign of cancer in the body of at least one of the men, Doug Olson. A second man, Bill Ludwig, had promising results as well.

Finding a ‘cure’ for cancer has been long sought after, but seemingly impossible, but researchers believe these findings could be the first step towards preventing the over 20,000 deaths suffered from leukemia every year. 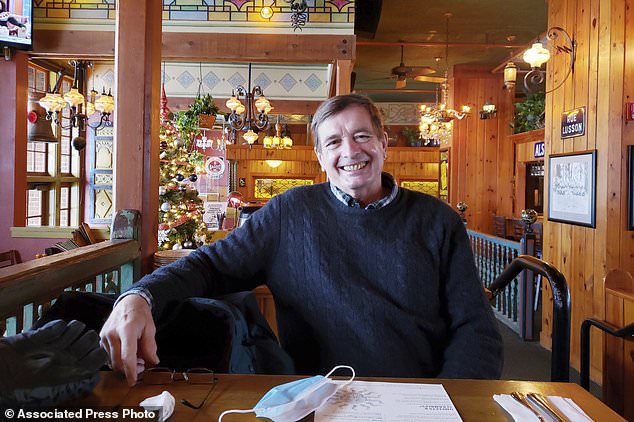 Doug Olson (pictured), 75, has been ‘cured’ of leukemia after CAR-T cell therapy performed ten years ago removed all signs of the disease from his body. The success could be a breakthrough in the treatment of blood based cancers going forward

Doug Olson, 75, of Pleasanton, California, received CAR-T cell therapy in 2010. The treatment helps convert T-cells, which are the base of a bodies immune system, into cancer-fighting cells.

The altered cells have been described as ‘living drugs’ and CAR-T cell therapy is starting to be widely adopted around the world to fight blood based cancers.

Olson was diagnosed with leukemia in 1996, and told the Associated Press that he believed he would die within months.

After over a decade of battling the cancer and undergoing chemotherapy, a doctor recommended he either receive a bone marrow transplant or undergo the experimental treatment.

Olson opted for the treatment. Weeks after receiving it, he fell so ill he required hospitalization. But his condition has only improved since.

Now, 12 years later, there is no longer any sign of cancer in his body and he is totally cured of the disease.

‘This is a cure. And they don’t use the word lightly.’

Olson’s case has researchers hopeful that they may have made a breakthrough discovery in the fight against leukemia and blood cancers in general.

Over time, researchers said, the modified T-cells evolved with many turning into ‘helper’ cells that work with the cancer-killing cells. Helper cells eventually became dominant in both patients. 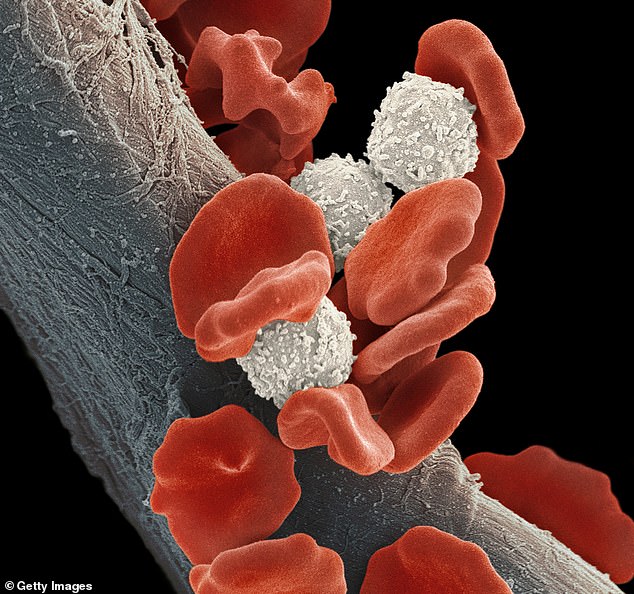 CAR T-cell therapy is a process that converts a person’s T-cells, which are used by the immune system to fight virus’s and other sickness, into cancer-fighting cells that can help combat blood-based cancer like leukemia and myolema (file photo)

Study author Joseph Melenhorst said they were able to isolate and analyze the cells using new technologies, which gave them ‘very good insight’ into how they persisted in the patients’ bodies.

Dr Armin Ghobadi, an expert in gene and cellular immunotherapy for cancer at Washington University in St Louis, called the findings ‘incredible.’

Though the word ‘cure’ is rarely used in cancer, he said it appears these patients were ‘most likely’ cured.

He was intrigued by the persistence of the CAR-T cells and the way the living drug evolves.

‘That´s just really beautiful to see,’ said Ghobadi, who was not involved in the study.

At this point, June said, tens of thousands of patients are being treated with CAR-T cell therapies, which have been approved for certain blood cancers by health authorities around the world, including the U.S. Food and Drug Administration.

Scientists hope to see wider use of CAR-T therapies in the future for other cancers.

Last year, a CAR-T cell therapy was approved for multiple myeloma, the most common malignancy of the bone marrow in adults.

According to the Leukemia & Lymphoma Society, leukemia, lymphoma and myeloma were expected to make up just under 10 percent of the 1.9 million new cancer cases in the U.S. last year.

‘But the big scientific challenge – and it´s a big one – is how to make this work in solid cancers,’ like those in the lung, colon and other places, June said. 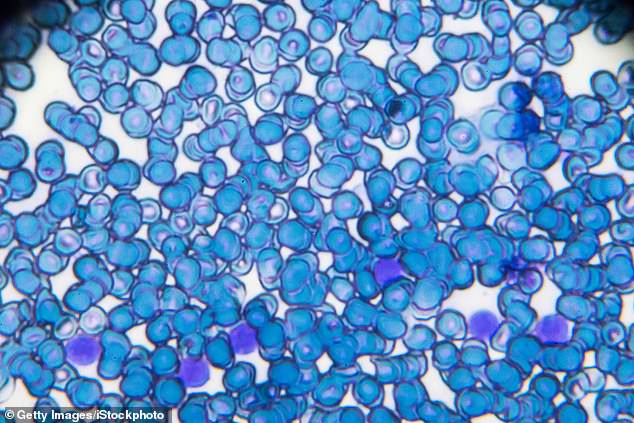 Blood based cancers like leukemia, lymphoma and myeloma are diagnosed 190,000 times every year, or 10% of cancer cases in the U.S. Experts believe CAR-T cell therapy could potentially work against each (file photo)

Even in blood cancers, there are challenges. The therapies are expensive, running into the hundreds of thousands of dollars just for the drugs.

And there’s the risk of significant side effects, including an immune overreaction called ‘cytokine release syndrome’ and nervous system-related problems such as brain swelling.

Both of the patients did extremely well after the treatment. Ludwig traveled the country with his wife in a motor home and celebrated family milestones before dying early last year of COVID-19.

Olson said he´s extremely grateful for the decade of life since doctors used cutting-edge science to save him.

‘What´s changed is the dimension of hope. The pace of discovery takes your breath away,’ he said.

The success comes just as President Joe Biden announced an initiative to slash annual cancer deaths in half over the next 25 years in an effort dubbed the ‘Cancer Moonshot’.

The White House said advancements in ‘therapeutics, diagnostics, and patient-driven care – as well as scientific gains and public health lessons of the COVID-19 pandemic’ allow this plan to move forward.

How Costa, Starbucks and Prets' autumn drinks stack up nutritionally

Home birth: Mother reveals she gave birth on her sofa and because her local hospital was full