The news comes following a similar incident recently in which a Russian aircraft had entered Swedish and Danish airspace, prompting both governments to summon ambassadors to explain the incursion. With the war in Ukraine now into its 70th day, European countries and NATO partners have avoided direct confrontation with Russia, however, with such incidents risking engagement, fears are genuine the conflict should spread following a clash.

In the latest incident, a Russian reconnaissance aircraft was seen approaching Rugen Island from the Baltic Sea.

In response, the German Air Force scrambled two Eurofighters from Laage Airbase in Mecklenberg, Western Pomerania on Saturday according to the German press agency DPA.

The rapid response saw the two fighter aircraft escort the Russian spy plane away from German airspace without incident.

Denmark had already summoned the Russian ambassador to the Foreign Ministry for talks.

According to Swedish sources, a Russian AN-30 propeller plane also violated Swedish airspace east of the Danish Baltic Sea island of Bornholm. 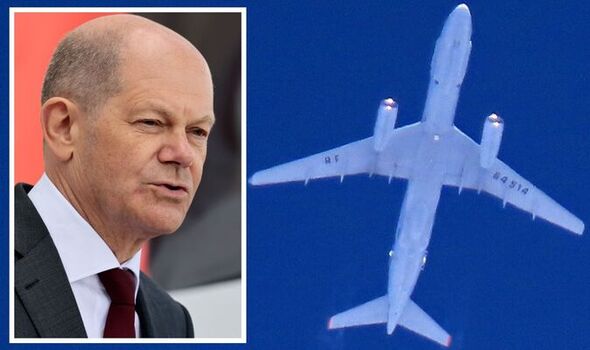 Already at the beginning of March, four Russian fighter planes had penetrated the airspace over Sweden.

The Swedish Ministry of Defence in Stockholm had criticised the incident as “completely unacceptable”.

In light of the “general security situation”, the airspace violation was “very inappropriate”, said Defence Minister Peter Hultqvist, according to the TV station SVT.

The alliance said there had been several situations over the previous four days in which Russian aircraft entered NATO airspace over the Baltic Sea and the Black Sea.

Die Welt reported: “Allied fighter jets were on their way to track and intercept the Russian aircraft.”

Prior to the invasion of Ukraine, the Treaty of the Open Skies allowed unarmed reconnaissance aircraft to overtly fly over member nations of which both Russia and the US were members.

Both the US and Russia have now left the agreement leaving 32 nations still able to use the treaty.

When Russia left in December, the blame for the breakdown of the treaty was placed squarely at the feet of the US.

Russia’s foreign ministry said: “Responsibility for the deterioration of the Open Skies regime lies fully with the United States as the country that started the destruction of the treaty.”

An AN-30 was seen to breach Danish and Swedish airspace recently (Image: Getty)

The Trump administration withdrew the United States from the treaty in November 2020, and the Biden administration informed Moscow in May it would not seek to rejoin.

Following the US leaving the treaty, Moscow sought guarantees remaining member states would share intelligence with the withdrawn US.

However, with many members of the treaty also being NATO partners, the situation became unattainable.

The Russian foreign ministry added: “Regrettably, all our efforts to preserve the treaty in its initial format have failed.

“Washington set the line towards destroying all the arms control agreements it had signed.”

Could such incidents lead to engagement between NATO partners and Russia? Let us know what you think by CLICKING HERE and joining the debate in our comments section below – Every Voice Matters!

Four Tu-95 were intercepted by the RAF in February (Image: Getty)

In February, RAF Typhoons were scrambled from Lossiemouth to intercept 4 Russian aircraft to the north of Scotland.

Although the Russian aircraft did not enter UK airspace, such incidents are frequent.

In this case, two Russian Tu-95 “Bear”, which are long-range bombers, and two maritime patrol Tu-142 aircraft were tracked by the RAF near the “UK’s area of interest”.

An RAF spokesman said: “Quick reaction alert Typhoon fighters based at RAF Lossiemouth supported by a Voyager from RAF Brize Norton were scrambled today against unidentified aircraft approaching the UK area of interest.