Gigi Hadid made a daring fashion move as she stepped out in New York on Wednesday.

The 27-year-old donned an asymmetrical white buttoned top which gave a glimpse of her toned abs and a lacy bra.

The Versace model added a pair of mid-length cut off denim shorts, a pair of black sandals and a cream shoulder bag. 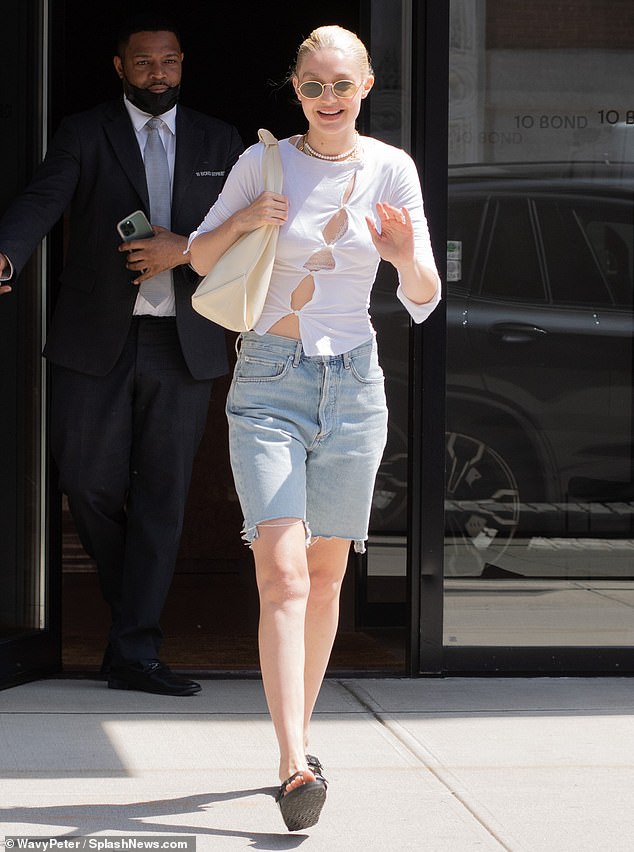 Chic: Gigi Hadid, 27, looked chic but comfortable as she stepped out in denim shorts, black sandals and an asymmetrical top in New York City Wednesday

The cover model completed her ensemble with round sunglasses and a beaded necklace.

Hadid pulled her long blonde locks into a pony tail.

The leggy runway star has been busy this summer, modeling for Marc Jacobs, Miu Miu and most recently in the fall campaign for the Self-Portrait clothing line.

She has also been promoting her swimwear designs from her collaboration with the high-end swimwear line Frankie’s Bikinis. 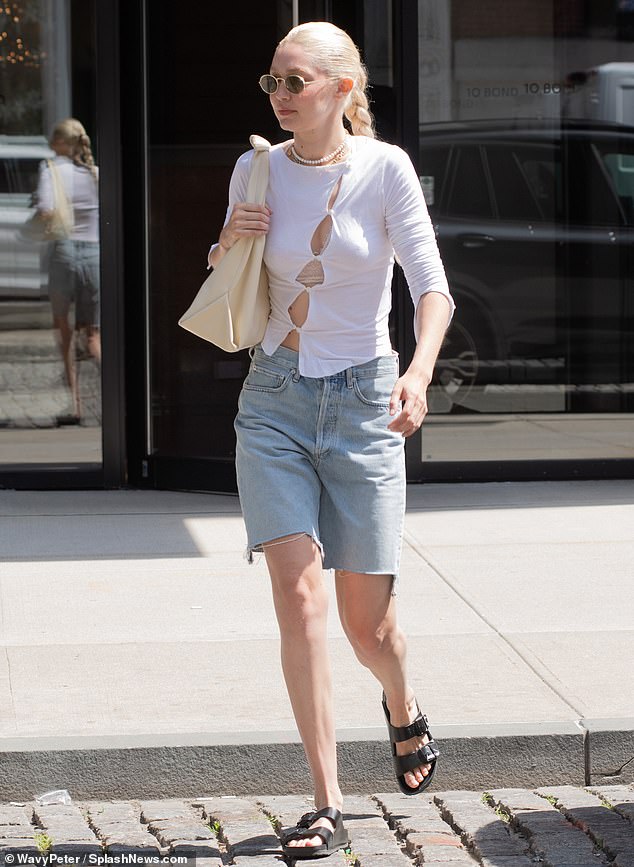 Sexy: The 5′ 10″ model showed off her long legs and shared a glimpse of a lacy bra as she headed for her outing in the Soho area

The fashionista has been using her insider knowledge as the new co-host of Next In Fashion with Queer Eye’s Tan France, 39.

She has shared some behind the scenes pictures on social media from the series which began production in late spring.

The reality show in which budding designers compete for a cash prize and the opportunity to launch their own clothing line is set to stream on Netflix later this year.

The runway veteran has replaced former host Alexa Chung, 38, who left the show. 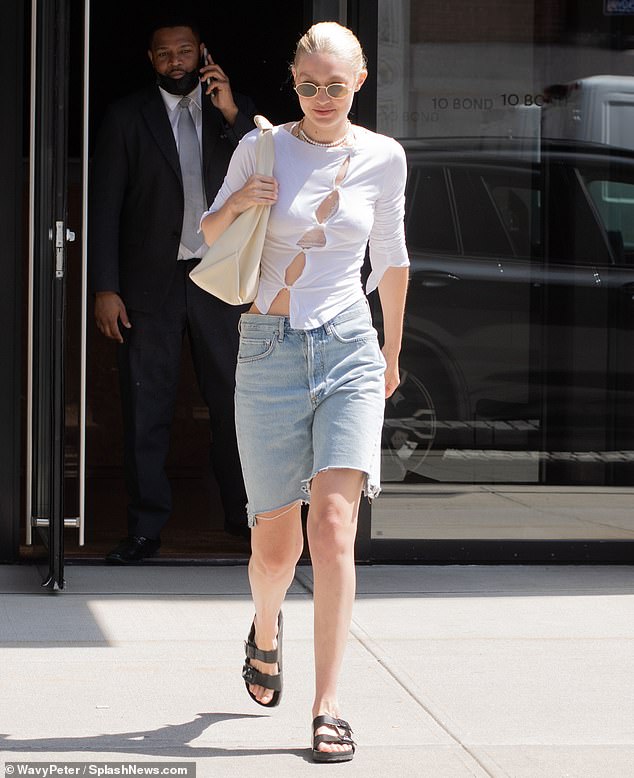 Busy:  The veteran cover model has been appearing in campaigns for various brands including Marc Jacobs and Miu Miu, as well as shooting episodes of the competition show Next In Fashion for Netflix

There’s been no official explanation for Alexa’s exit from the program, but the designer was forced to shut down her namesake label due to an economic slump in retail business caused by the pandemic.

Gigi has been modeling since she was a tot, but had her big breakthrough in 2014, when she was named one of the Top 50 Models in a ranking at Models.com.  Since then, she’s appeared on dozens of runways and magazine covers around the world.

The Teen Choice Awards winner is the mother to a daughter, Khai, who will turn two in September. She shares the little one with her former partner, British singer Zayn Malik, 29. 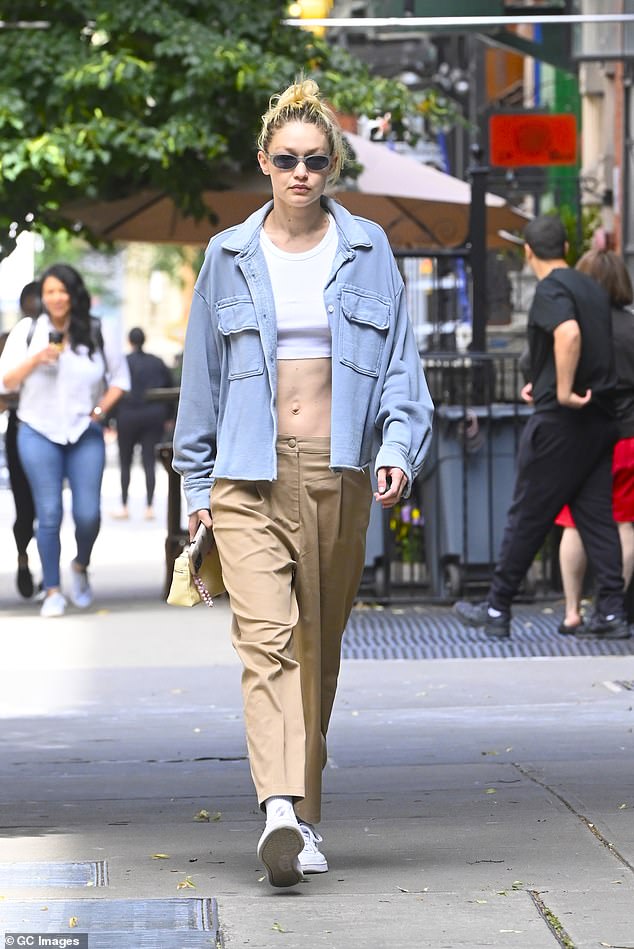 She has a habit of showing off her toned tummy: Gigi seen in a crop top in NYC in June