His father Michael Van Wijk made a name for himself as Wolf when he starred on eight seasons of Gladiators.

But, after his Michaels’s run from 1992 to 2000, his son Dean, 34, is aiming to follow in his 70-year-old father’s footsteps when the gameshow makes a comeback next year having applied for the reboot – and he’s even planning on going by the name of Wolf Cub.

‘I’ve always wanted to wear Lycra and chase people around,’ Dean told The Sun. While Michael added: ‘I believe he can take the contenders to shreds like I used to.’ 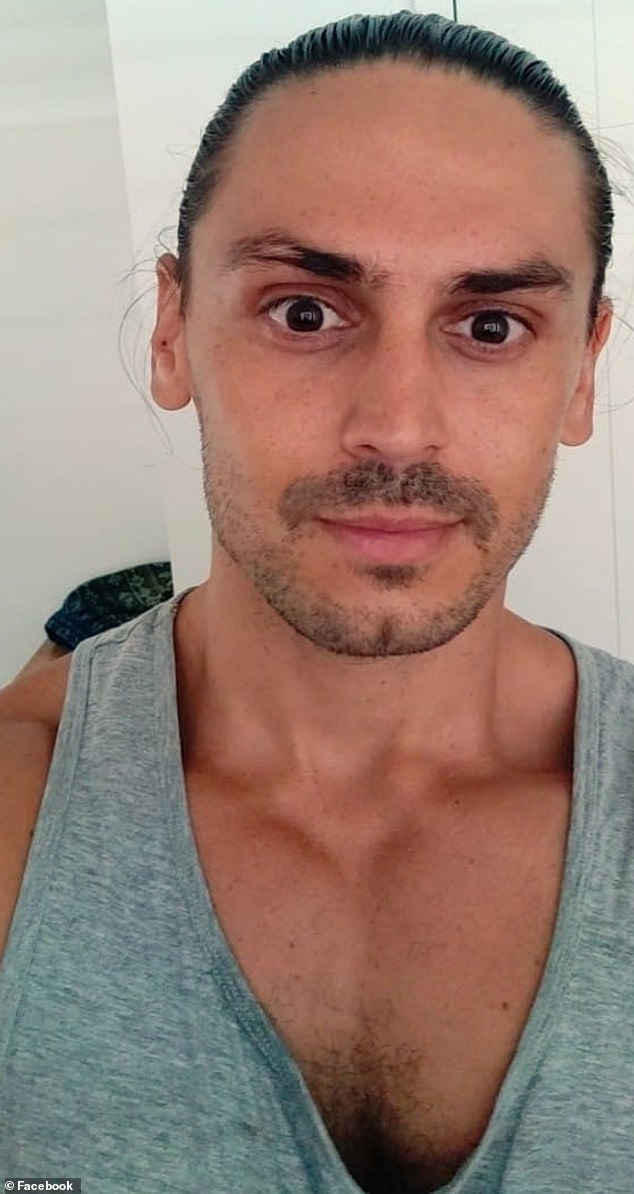 Family affair: Dean Van Wijk (pictured) is hoping to follow in the footsteps of his father Michael, who rose to fame as Gladiators’ Wolf, on the gameshow’s 2023 reboot

In its heyday, the programme attracted 13 million viewers, with he popular 90s TV show seeing members of the public battle it out against a cast of bodybuilders and gymnasts, known as Gladiators.

And while fitness fanatic Dean is confident he can take on the challenge, he knows he’s got big boots to fill when it comes to matching up to his father.

‘It’s a bit daunting to think about, he explained. ‘Especially because he was the number one with his character. 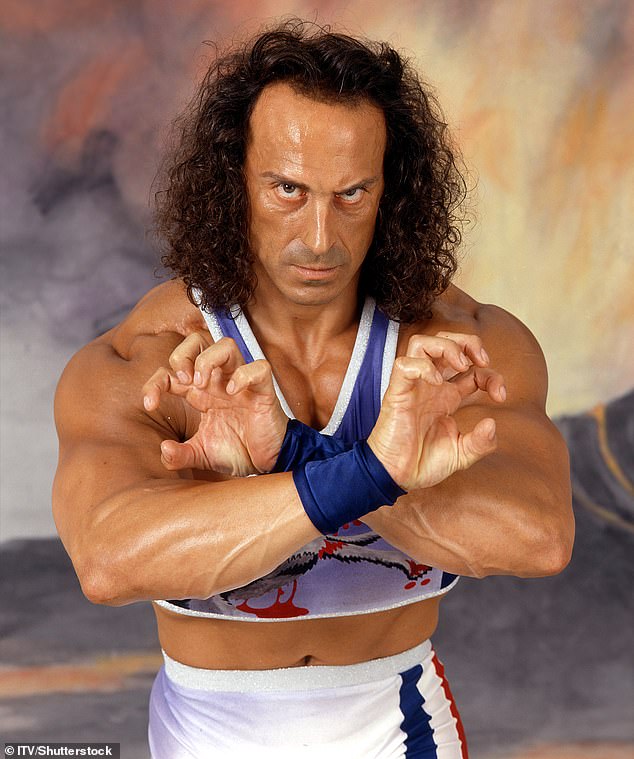 ‘But I’m up for it. I can’t be exactly the same as him but I will try bringing something else to the show.’

Dean said he got a taste for appearing on the show when he was a child after his father made him a mini lycra costume to match Wolf’s which Michael carried him on his shoulders around Birmingham’s National Indoor Arena where the programme was filmed.

However, whether Dean will make it onto the show remains to be seen as the cast is yet to be announced and tens of thousands of aspiring Gladiators are said to have tried out. 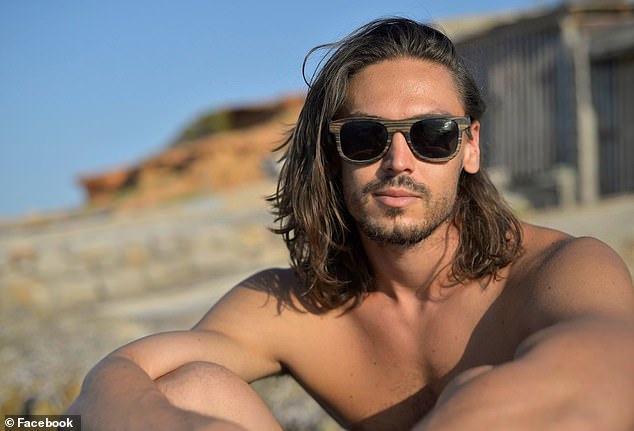 Aspirations: Dean, who has not yet been confirmed as one of the cast but has applied for the reboot, said: ‘I’ve always wanted to wear Lycra and chase people around’

The BBC confirmed this summer that the show will make a comeback with an 11-episode series and will be welcoming a new generation of ‘superhumans’ who will compete against contestants in the ‘ultimate test of speed and strength’.

The programme, originally hosted by Ulrika Jonsson and John Fashanu, will air on BBC One and BBC iPlayer, and feature a host of new games alongside the classic challenges that long-time fans will know and love.

Each show will end with the ultimate fan favourite challenge – the intense obstacle course known as The Eliminator. 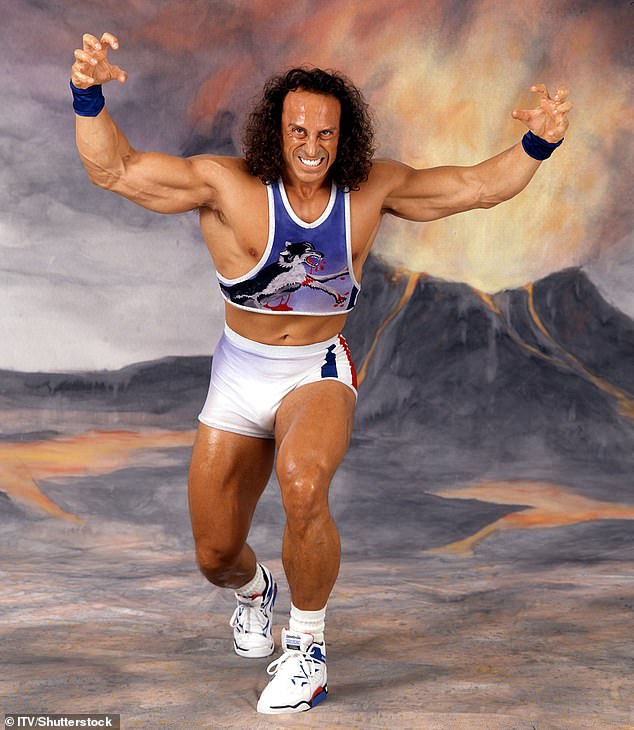 Happy memories: Dean said he got a taste for appearing on the show when he was a child after his father made him a mini lycra costume to match Wolf’s

The rebooted programme will be filmed at Utilita Arena Sheffield in 2023, while the new hosts have yet to be announced.

And, while Dean’s dad Michael looks back on his time on the show fondly and says he’d love to return, he admits he doesn’t think series bosses will let him make a comeback at the age of 70.

Michael recalled how he used to rub shoulders with celebrities when he regularly appeared on screen as Wolf, with pop star Robbie Williams once describing himself as one of his ‘big fans,’ before asking for a picture with him.

At its peak, Gladiators drew huge audiences to its Saturday evening ITV slot as the famous call of ‘Contenders Ready? Gladiators Ready?’ echoed across TV screens.

Kate Phillips, the BBC’s director of unscripted, said of the reboot: ‘Gladiators is back and a whole new generation of viewers can now look forward to watching a Saturday night spectacle like no other.

‘Will the contenders have the will and the skill to succeed against our mighty new Gladiators? You’ll have to tune in to find out.’

The new series is to be made by Hungry Bear Media and MGM Television UK.

‘We are thrilled to bring this revered series to the BBC and can’t wait to introduce our UK Gladiators.’ 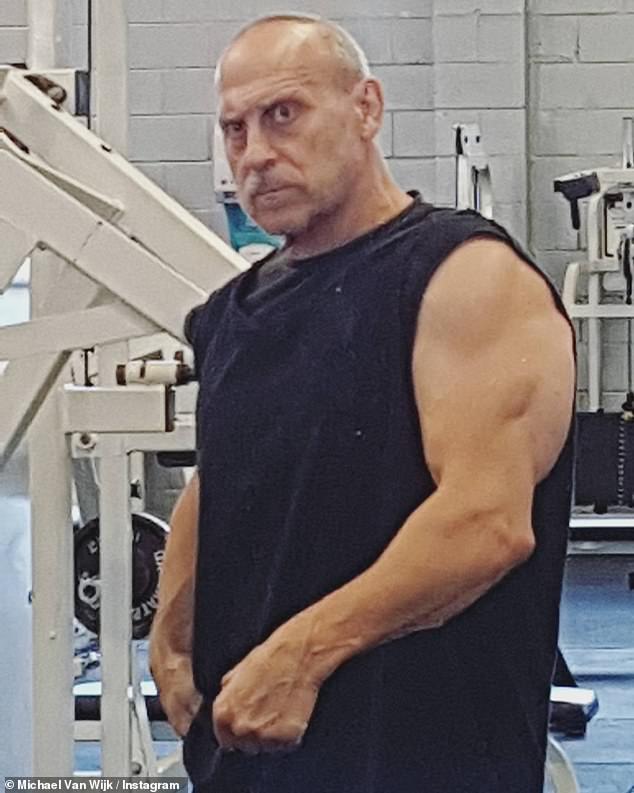 In the past: While Dean’s dad Michael (pictured) looks back on his time on the show fondly, he admits he doesn’t think series bosses will let him make a comeback at the age of 70

‘Watch out for the new breed of superhuman, supersized, superstars bursting on to your screens on BBC One and iPlayer.’

The classic show, originally aired on ITV, made household names of the Gladiators including Wolf, Jet, Lightening, Nightshade, Hunter and Warrior.

The format – which originated in the US – was recreated in Australia, South Africa, Russia, Finland, Germany, Nigeria, Denmark and Sweden.

The series was watched by over 14 million viewers and gruff referee John Anderson – known for his catchphrase ‘Contenders Ready? Gladiators Ready?’ – was on hand to keep the Gladiators and contestants in check.

But the show was axed in 1999 after it lost over half its viewers in later series dropping to six million.

It has seen many spin-offs and was briefly revived by Sky One in 2009, but only lasted two series. 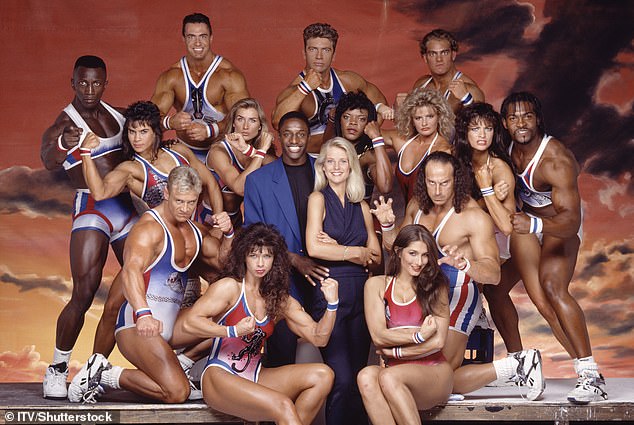 Comeback: It comes after the BBC announced the show – which attracted 13 million viewers at its peak when on ITV – will be returning to our screens in 2023 (pictured in 1995)