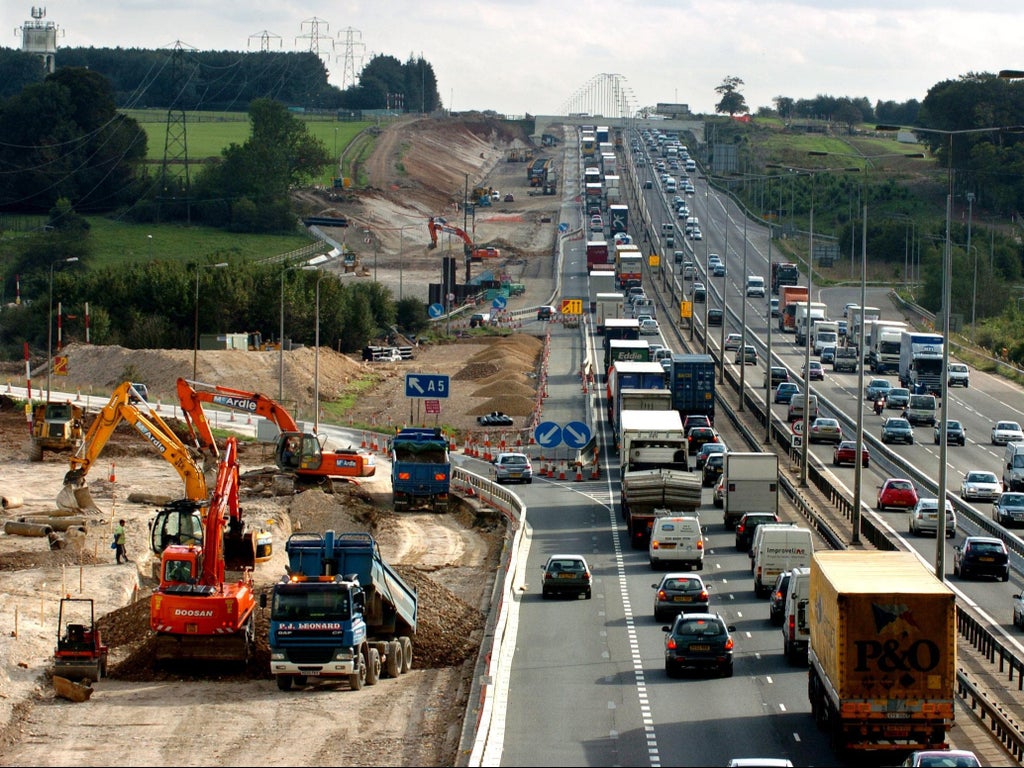 Boris Johnson’s government will review its £27bn roads investment plan because of “fundamental” changes in travel patterns brought on by the Covid pandemic, the transport secretary has announced.

Grant Shapps said it was right to look again at the strategy to expand the road network – arguing that the rise in homeworking and online shopping was unlikely to be “fully reversed” even as the economy recovers from lockdowns.

“In the last eighteen months, fundamental changes have occurred in commuting, shopping, and business travel,” the minister said in a written statement on Thursday.

Mr Shapps added: “Trends already underway in homeworking, online shopping, and videoconferencing, all of which had reduced trip rates even before the pandemic, have dramatically increased, and seem unlikely to be fully reversed.”

The government will now review its national policy statement (NPS) for major road schemes “in the light” of these trends in commuting and shopping, said Mr Shapps.

The move was given a cautious welcome by the climate campaigners who had demanded the government’s “outdated” roads strategy was updated to reflect commitments to tackle climate change.

Transport Action Network had accusing the Department for Transport (DfT) of failing to take account of the Paris Agreement, which commits the UK to take measures to limit global warming to well below 2C.

But the group is angry that the policy for major road schemes will not be suspended while the rethink announced by Mr Shapps takes place. The transport secretary said the review would be completed “no later than spring 2023”.

Chris Todd, director of Transport Network Action, said the review vindicated the group’s efforts to get the government to “re-examine this outdated roads policy”.

He added: “However, it won’t necessarily deliver the change needed. Without a suspension of the sections linked to climate change, while the review is carried out, carbon emissions will continue to be dismissed when assessing new roads.”

Despite the announced review, the government has not committed to cut the £27bn sum for road building and road renewal as part of its Road Investment Strategy 2 (RIS2), set out in 2020.

“Without a cut to RIS2 funding and soon, the roads programme will continue pulling us in the wrong direction,” said Mr Todd. “Just talking about using our cars less is not enough to achieve change.”

Transport Action Network recently launched a legal challenge against the RIS2 spending commitment on climate grounds. After a High Court hearing in June, the judgment is expected within weeks.

Katarina Johnson-Thompson: Who is the heptathlete and when is she participating at Tokyo Olympics?