Grant Denyer says he can understand Will Smith's Oscars slap

Grant Denyer has sympathised with Will Smith after his now infamous slap during the Oscars.

Speaking to the Kyle and Jackie O Show on Thursday, the former Sunrise weatherman admitted he understood the actor’s need to defend wife Jada Pinkett-Smith after Chris Rock made a joke about her haircut on Sunday.

‘I’ve been in a position [too] where I’ve had to defend [my wife] Chezzi in the workplace,’ said the 44-year-old. 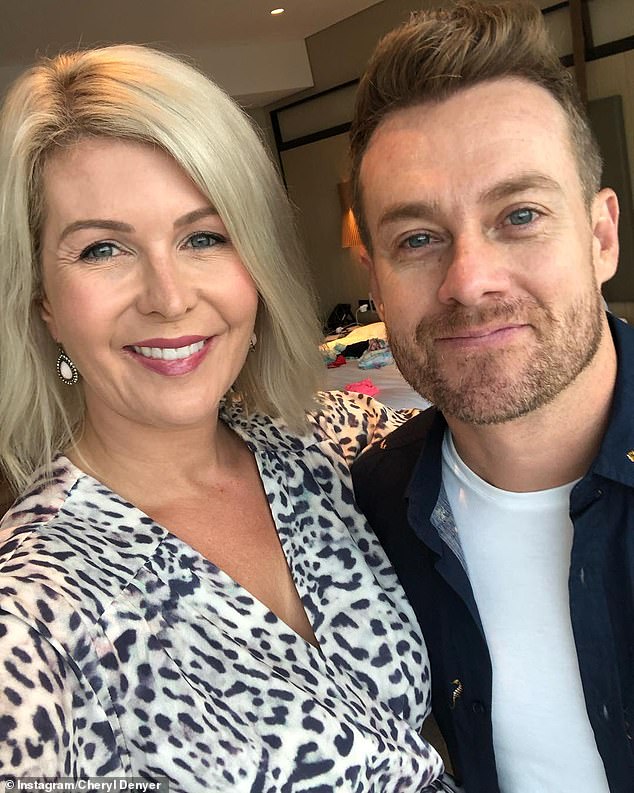 Identifies: Grant Denyer has sympathised with Will Smith after his now infamous slap during the Oscars. Pictured with wife Chezzi

After admitting he once ‘bashed’ a Sunrise executive producer, Denyer added, ‘It’s not something I’m very proud of.’

Denyer described himself as ‘a young, arrogant go-getter’ at the time of the incident.

‘So when I saw the Will Smith thing… in an earlier period of my life I had made a similar mistake,’ said Denyer, adding that Smith ‘should not have done that’ and was ‘out of control’ when he slapped Rock during Sunday’s Oscars telecast.

Rock had made a remark about Pinkett-Smith’s shaved head, which Smith took exception to given his wife suffers from hair loss due to alopecia. 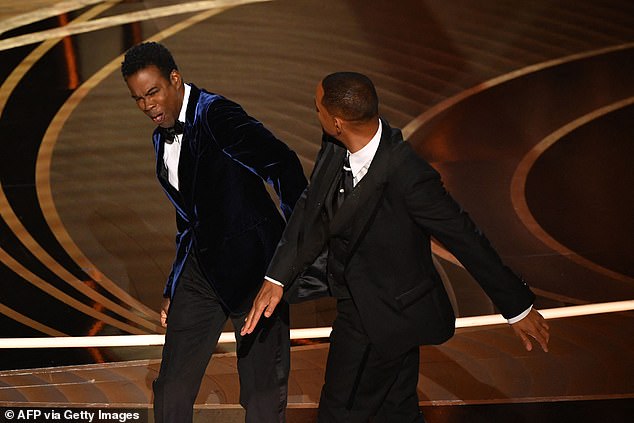 The slap: Speaking to the Kyle and Jackie O Show on Thursday, the former Sunrise weatherman admitted he understood the actor’s need to defend wife Jada Pinkett-Smith after Chris Rock made a joke about her haircut on Sunday. Smith and Rock pictured

Denyer has previously shared details of his violent altercation with former Sunrise executive producer Adam Boland on his It’s All True? podcast in 2020.

In the episode, Grant explained that the violent blow-up occurred while he was on the job as Sunrise’s weatherman in 2005.

Grant had travelled to Hawaii with Adam to produce a special episode of Sunrise when long-standing tensions between the two men finally came to a head. 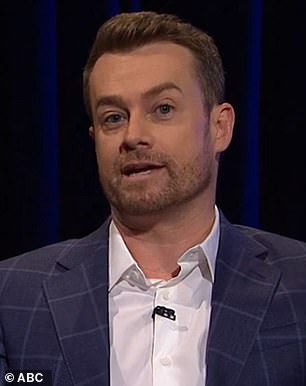 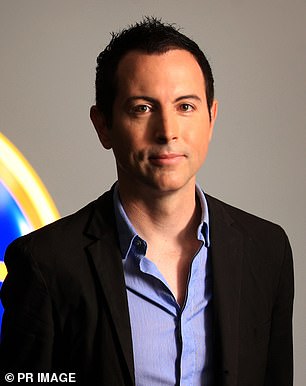 ‘I slammed him against the wall’: Grant (left) admitted he ‘nearly killed’ former Sunrise producer Adam Boland (right) during a violent altercation 15 years ago

‘One morning we had a technical failure and the signal drops out and Adam Boland instantly goes absolutely crazy!’ he recalled.

Grant claimed that he had overheard Adam chastising his wife Chezzi, who was working as a Sunrise producer at the time, over the signal failure.

Chezzi, who had travelled to Hawaii with the crew, was pregnant at the time. It is not suggested Adam knew she was pregnant. 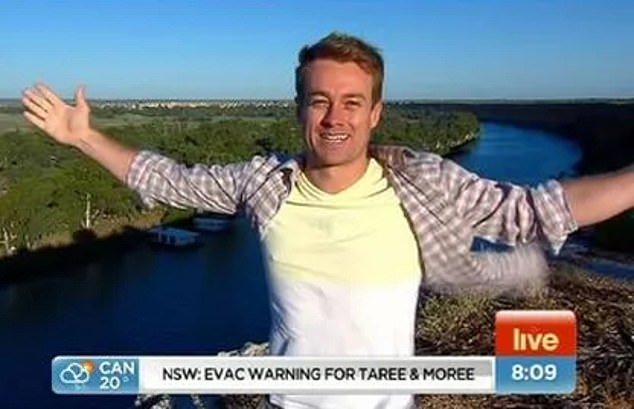 Throwback: The violent blow-up occurred in Hawaii in 2005, when Grant was employed as Sunrise’s weatherman. Pictured: Grant presenting the weather for Sunrise

‘He turns on Cheryl and says, “She’s dropped the ball, Cheryl is useless, incompetent,”‘ Grant claimed.

Reflecting on what happened next, he explained: ‘I needed to put a stop to this. He starts flat out abusing us and I blew up.

‘I grabbed him and slammed him against the wall and held him by the throat, yelling at him for 10 minutes.’ 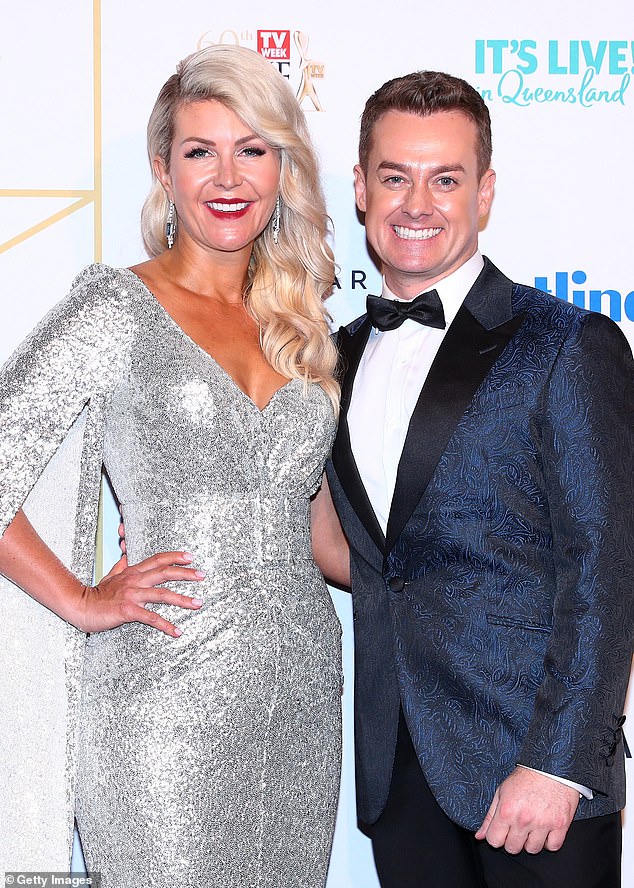 Furious: The pint-sized TV presenter lost his temper when Adam blamed Grant’s wife, Chezzi (left), for a technical error. ‘I grabbed him and slammed him against the wall and held him by the throat, yelling at him for 10 minutes,’ he said

‘Enough is enough and I wanted to stop this guy. I let him have it. It wasn’t okay. I did the wrong thing, but I needed to have my say and it took three people to pull me off him,’ he added.

Grant insisted that he’s ‘not proud’ of the incident.

‘I nearly killed him,’ he said. ‘I am ashamed of my actions and I’d do it differently now, but a few things happened that brought this to a head.’

Adam has also previously addressed his clash with Grant in Hawaii.

In his 2014 memoir Brekky Central, Adam described Grant ‘storming into the control room’ in a fit of fury.

‘His face turned red as he levelled abuse, accusing me of insulting his wife,’ Adam wrote.

‘I instructed him to leave but the yelling continued. Members of the crew were left stunned as they heard it unfold on the production intercom.

‘Here was the weather presenter and executive producer engaged in a screaming match while our happy little breakfast show was still on air.’ 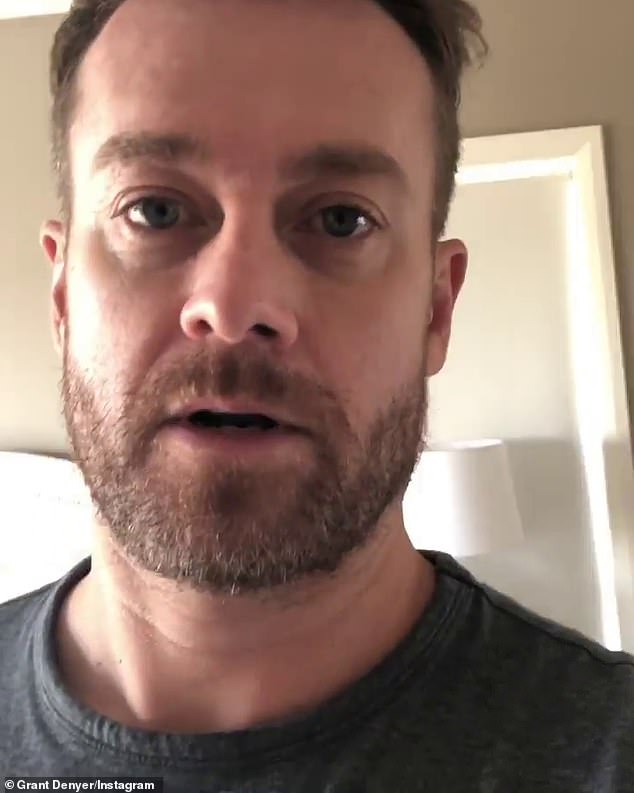 Ashamed: Grant insisted that he’s ‘not proud’ of the incident in Hawaii