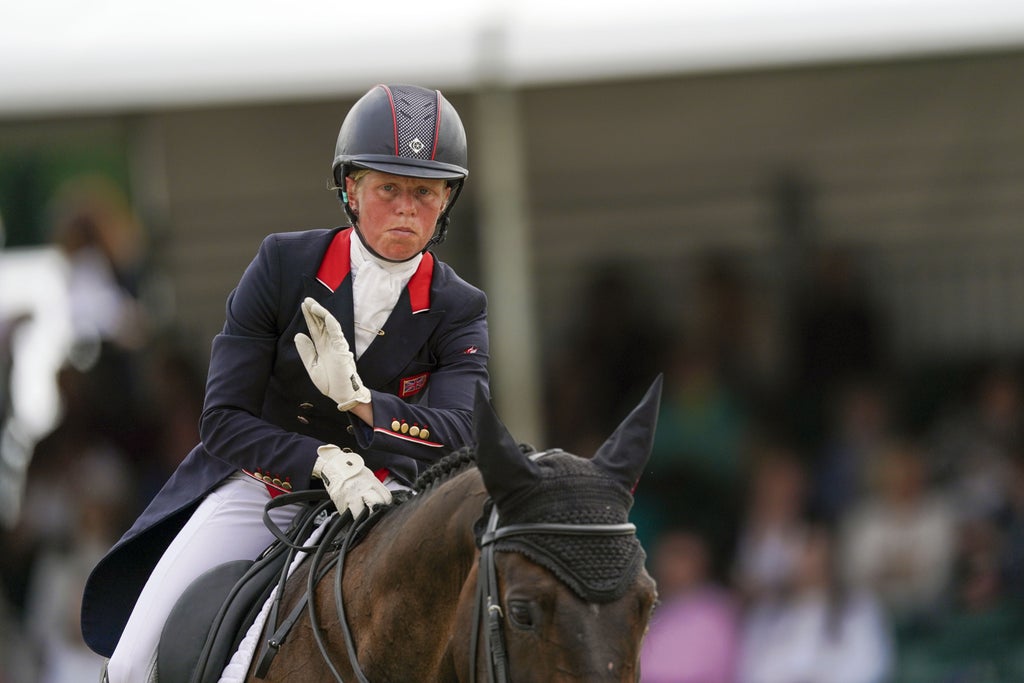 A major team title treble has only been achieved on two previous occasions.

And not since 1991 have Britain provided all three European podium finishers, when Ian Stark, Richard Walker and Karen Straker filled the medal places.

Wilson, meanwhile, finished on her dressage score of 20.9 in Avenches to secure European glory nine years after she helped Britain secure team silver at London 2012.

The 44-year-old, who is based in North Yorkshire, became the first British European individual champion since Tina Cook triumphed at Fontainebleau in France 12 years ago, with other British winners including Zara Tindall, Pippa Funnell and Virginia Leng.

March, meanwhile, captured a silver medal after narrowly missing out on Tokyo Olympics team selection, adding to a rich collection that also includes the 2019 Badminton title.

Wilson said: “It has been a fantastic week for all of the Brits It is a dream come true.

“He is a fabulous horse, and for him to finish on top of the podium in his first championship, I am pinching myself.

“He felt class in all three phases. I knew he could jump well, but you just do not know what is going to happen with pressure and nerves.

“But he was just phenomenal in there. He was cool as a cucumber, off we went, and it was an absolute pleasure to ride him.”

March added: “I think my horse is one of the best horses in the world, and it is exciting for the future. What a week – you couldn’t write it.”

And bronze medallist Bullimore said: “I am quite emotional. It has taken me 10 years to get here, and to achieve this is a major thing on a horse we bred ourselves. It’s really special.”