Major investors considering whether to ditch funding for green UK energy projects because of threats to extend windfall tax, according to SSE boss

Dozens of major investors are considering whether to ditch funding for green UK energy projects because of threats to extend the windfall tax, according to the boss of SSE.

The Government has pledged to raise around £5billion through a one-off levy on oil and gas companies whose profits have soared following spiralling energy prices.

Money raised will go towards helping families struggling with the cost of living crisis. 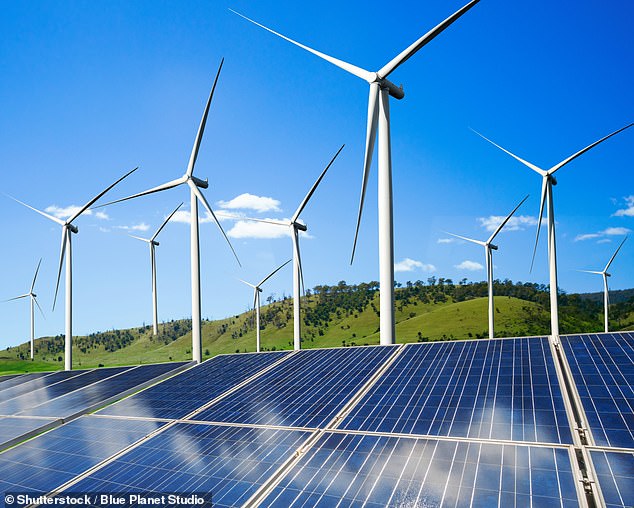 But SSE chief executive Alistair Phillips-Davies warned that Treasury threats to widen the tax to electricity producers have made major investors reconsider funding commitments – even to renewable energy schemes.

Phillips-Davies said the tax could hamstring efforts to build the large-scale green energy projects that will help wean Britain off gas imports. He said: ‘We have heard from many clean energy investors recently who are now asking whether the UK remains a good place to deploy capital.

‘The irony is that the more difficult and expensive we make it to build the big projects we need, the longer the UK will be dependent on expensive imported gas.’

Although it earns some revenue from gas-fired plants, SSE is not part of the group that will be targeted by the Energy Profits Levy unveiled by Chancellor Rishi Sunak last month.

But the Government has said it is consulting with the electricity generation sector – which includes SSE – as certain companies have also seen ‘extraordinary profits’ due to record gas prices.

SSE could be targeted after it last month reported a 23 per cent rise in full-year profits to £1.2billion.

Last week the Perth-based group, which is worth £17billion, revealed Phillips-Davies received a pay packet worth £4.5m in 2021.

Although the UK is a hub for renewables projects, these need large external funding because of their huge development costs.

It is this cash that is most at risk at a key time when many schemes are trying to get off the ground.

SSE plans to invest £24billion in renewable and energy transition projects this decade.

Phillips-Davies said the uncertainty around the levy was ‘clearly unhelpful’.

He sounded the alarm after it emerged Norwegian state oil giant Equinor is reportedly reconsidering a £4.5billion North Sea project.